Today is the big day. Hubby is finally getting carpal tunnel surgery. I know recovery will be a big pain in the tushy for him, but I am so excited that he is finally getting it taken care of. I am very much looking forward to him not being in pain, and soon he will be able to go back to opening jars for me. What’s with those jars anywho? Do they not want to be opened? My biggest worry is that for a few weeks I will have to do all the cooking. My poor family. My cooking is pretty bad. It’s not that I can’t cook. I have a few dishes that are pretty darn awesome. The problem is I just don’t like cooking so I have only mastered a few dinners. Certainly nothing that will fill a week. So who wants lasagna again? No? I guess I will finally be using all those Kindle cookbooks that I have been downloading for years. So many cookbooks. 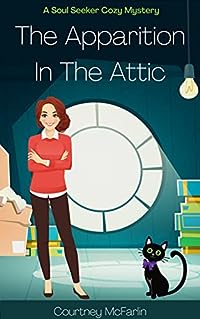 Professional home stager Brynn Sullivan is known as the person to call if you can’t sell a home. Little do her clients know that she has a secret!

When a beautiful Victorian sits on the market for too long, the desperate realtor reaches out for help. But this time, Brynn may be in over her head as a ghostly mystery from the past collides with a present-day murder. Will she be able to solve both cases in time?

If you like paranormal cozies, funny spirits, and amateur sleuths, you’ll love this delightful new series from Courtney McFarlin. 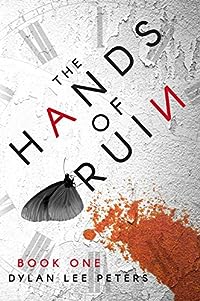 The Hands of Ruin: Book One
by Dylan Lee Peters

In a lakeside village amid the forests of Ferren, a young girl has been disfigured by a dark and mysterious presence. Only zul masters — those who use a mystical red dust called zulis — have the skill to vanquish such nightmares, and so now a master must be chosen.

On Earth, fourteen-year-old twins, Zigmund and Zerah, are sent to live with their uncle, Rainart, after their parents’ untimely deaths. Rainart is an abrasive drunk with a limp, and a secretive past. Yet, his secrets quickly come to light with astounding tension as the twins learn of his time in a land far away, and his possession of a mysterious and powerful red dust.

Book one of The Hands of Ruin begins a saga of two worlds and the individuals who bind those worlds together. It is a story both visionary and deeply emotional, rife with action, mystery, and vivid imagination. Blending fantasy and science fiction with passion, morality, and drama, The Hands of Ruin has all the makings of a true epic. 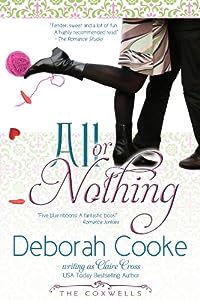 All Or Nothing (The Coxwells Book 4)
by Claire Cross, Claire Delacroix, Deborah Cooke

Some people will do anything for true love — even if they have to fake it.

Jen Maitland had no use for handsome guys with easy charm — until she met Zach. He’s the perfect fake date to end her mother’s matchmaking scheme before it starts. Besides, he’d probably just use her and leave her like her ex-fiancé did. At least that’s what Jen tells herself. The only problem is that Zach isn’t as predictable as he appears…
Zach Coxwell hates commitment, but loves a challenge. Like the pretty bar waitress who turned him down flat for a date — only to invite him to her family’s Thanksgiving dinner. Zach knows he can make Jen smile — and he’s betting that he can unravel her mysteries — even if he has to do it over candied yams.

A tofu turkey, a sister who threatens to have Zach’s love-child, the untimely appearance of a knitted avocado — and Zach’s discovery of her real motive — combine to turn Thanksgiving dinner into Jen’s worst nightmare. Zach, on the other hand, has the time of his life. And when he makes Jen smile, he finally finds a commitment he’s willing to make… but persuading Jen to believe him will take everything he’s got. 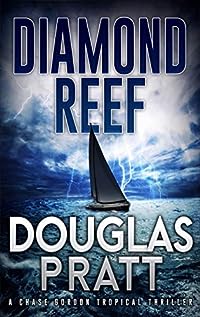 Chase Gordon has the life.

The former Marine works part-time as a bartender to support his life island-hopping on his 40-foot sailboat.When the pretty young wife of one of his fellow Marines shows up looking for her husband, Chase steps in to help her out.Immediately, he finds himself in a stand-off between one of South Florida’s most dangerous drug dealers and the D.E.A. Now, he’s left wondering what kind of trouble his friend might be facing. Can Chase even save him?

Filled with action and adventure, Chase Gordon is the next Travis McGee. 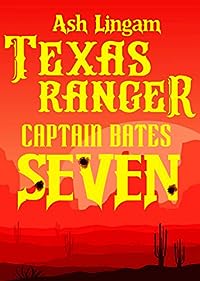 A telegram arrives from the Northern Oklahoma Territories in Laredo for Texas Ranger Captain Bates. Marshal Jack Black is in trouble, and the only friend he has to ask for help is Rowdy. So, the Ranger sets off north on the MK&T Railroad to aid his friend, a journey that leads him to Kansas State Prison in Levine – an institution that is called the Hell-Hole by its inmates.Has the Kansas marshal finally crossed that fine gray line of the law, and will he spend the rest of his life behind bars, or will Rowdy Bates and his Texas Rangers find a way to win the day and save Jack from the very outlaws he put away?