I am not exactly sure what was going on in my pup Junebug’s head, but she had made up her mind that she was going to bite her brother Casper on the face. While she was snuggled in a blanket on my lap, Casper decided that he wanted cuddles from my hubby. He walked past us and headed towards hubby on the opposite end of the couch. Junebug’s head shot up and she watched him with evil intent. You could see the exact moment she had decided to bite his face. Mind you, she hadn’t actually gotten up at this point, she was just looking at him. Was she growling? Nope. Just an evil glare. You could see it in her eyes that she wanted to bite his face. I have no idea what he was doing wrong in her eyes, but if looks could bite. Poor Casper had no idea that he had somehow offended Junie. It was time for me to act. Using her full name, Junie Marie Bug, I firmly told her not to bite his face. She turned her head to me and I swear she rolled her eyes at me. I think she has entered her teen years. All I have to say is thank golly she has a middle name. If I had not had that middle name to use when I called her, she would not have known how serious I was. No faces were bit that night. 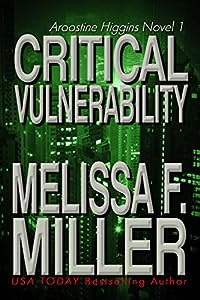 Assistant U.S. Attorney Aroostine Higgins’ most critical vulnerability is exposed in this smart, gripping thriller from a USA Today bestseller.

Aroostine’s gearing up to prosecute a major bribery trial… one that could make or break her career in the Department of Justice’s elite Criminal Division. But everything’s going wrong.

By the time Aroostine realizes her string of bad luck is anything but random, the stakes are far higher than the outcome of a high-profile court case. The life of the only man she’s ever loved hangs in the balance.

Barnaby Smith is the tale of a most unusual journey by a despairing psychiatrist and her patient – a story about life, love, belief, compromise and freedom… and yes, the dream of human flight.

Six months after her son’s suicide, psychiatrist Dr. Martha Lewis takes on a position at Brooklyn’s St. Joseph’s Hospital where she is given the charge of Barnaby Smith. Barnaby has tried to fly, like a bird, his entire life. He has jumped off roofs nine times, he has broken every bone in his body… and he has been at St. Joseph’s, heavily medicated for his own safety, for the past twenty-three years. Martha makes it her obsession to bring this man back into life, to save him… only to realize that Barnaby just may be the key to her own salvation. 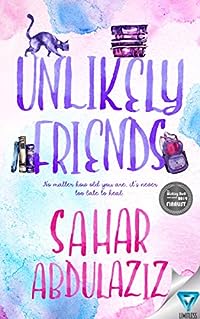 Irwin is not only the local Librarian; he’s also a book snob and an all-around grouch. There’s nothing he values more than his privacy. As a loner, he’s happy to be surrounded by books instead of subjected to the incessant blatherings of dysfunctional people.

The one thing Irwin despises more than people is change. He’s content in his predictable, routine existence… until a young girl barrels her way into his dreary life and turns it upside down.

Harper is witty, smart, free-spirited — but most of all, stubborn. Baffled by her need to gain his friendship, Irwin does his best to brush her off, but Harper refuses to budge. In fact, it only makes her latch onto him even more. Friendship, after all, can be found in the most unusual places. 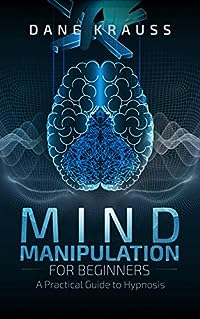 Master the subconscious and reveal your true potential.

Understanding the full extent of your brainpower is step one on the path to success. Harness your underlying abilities, and revel in the fascinating science of hypnosis. Entranced by the knowledge this book provides, you’ll soon discover:

• 12 hypnotic patterns and their use in hypnotherapy

• How to conquer fear and deep anxiety by “priming yourself”

• How to perform stage hypnosis with covert persuasion

AND MUCH, MUCH MORE!

Explaining complexities with masterful ease, your eyes will be opened to the world around you. From advertising to communication, the applications are myriad. Not only will these techniques impress your friends, self-hypnosis can be used as a means of self-improvement. Struggling with social anxiety? That needn’t be the case!

You’ll love having total control over your own subconscious… and others! Take a trip inside the mind now. Emerge a better you! 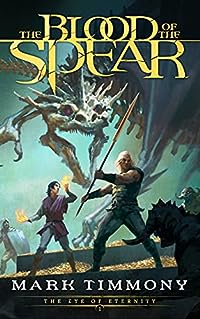 The Blood of the Spear: An Epic Fantasy Adventure (The Eye of Eternity Book 1)
by Mark Timmony

Two brothers. One prophecy. A world in peril.

Living in the dangerous Borderland Wilds, Kaiel and Darien have supported each other and looked after their fragile mother for as long as they can remember. Honing his skills to protect his home, Kaiel has trained to become a Daemon Hunter while Darien has immersed himself in the study of Asai, learning to wield the energies of creation.

But the broken continent of Athmay still bears the scars of the war between the Summoners some three-thousand years ago, and an unexpected battle with a daemon – a remnant of that ancient war – reveals the brothers’ connection to a forbidden bloodline. Soon Kaiel and Darien find themselves on the run from people they have known all their lives who now want them dead. For prophecy tells that when the Daemon Queen returns a Summoner will rise to face her and destroy the world anew.

With daemonic hordes in pursuit and half the world against them, the brothers and their friends need to find a way to escape the bonds of prophecy without losing themselves, and the world, in the process.

The Eye of Eternity series is an epic fantasy adventure, perfect for fans of Robert Jordan’s Wheel of Time or Brandon Sanderson’s Stormlight Archives.