My poor youngest baby basset. I love him so much. Hubby is having surgery on his wrist next Monday, so he doesn’t want us going to the gym for a while while this new Covid variant is running rampant in our county. So, the boys and I decided to jog a mile around our neighborhood. My oldest took off like a rocket, but my youngest thought it would be nice to jog with me. He should have won an Oscar for his performance. He was definitely acting like he was jogging, but I am so slow that it is easier just to walk. He was really holding back and it was exhausting. HAHA. If he went any slower he would have gone backwards, and he still would have been faster than me. I completed my mile slower than if I had just walked it. This morning I am in so much pain, but I am happy to say that I have completed three days in a row now of my New Year’s Resolution. My youngest might be rethinking jogging with me again though. That’s okay baby. FLY! BE FREE 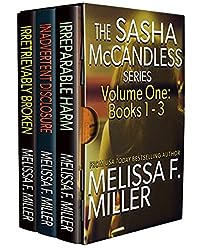 Skillful plotting, surprising twists, and a cracking pace keep readers turning the pages in this gripping legal thriller. Downloaded by more than one million readers!

Attorney Sasha McCandless has one goal: Make partner at the best firm in town. Then a plum assignment plunges her into a world of deceit and danger.

She’s tapped to defend an airline when a commercial flight crashes, killing everyone aboard. It’s her big chance — high-stakes litigation for an important client. But, as she digs into the evidence, people close to the case start dying. When she discovers the crash was intentional, she teams up with a federal air marshal to prevent another disaster.

Soon, Sasha has a brand-new life goal: Stop a madman before he kills her.

It was supposed to be a routine discovery motion. It wasn’t.

When Sasha travels to rural Clear Brook County for a discovery argument, the judge appoints her counsel to an angry senior citizen facing a competency hearing. Then she’s attacked by a group of environmental activists who mistake her for an oil and gas industry executive. Fracking of the Marcellus Shale has left the community bitterly divided and mistrustful of outsiders.

She’s eager for her appointment to end so she can leave for good. Then the town’s only judge is murdered, and she can’t walk away. Instead, she races to find the killer against a backdrop of secrets, backroom deals, and corruption, as the town threatens to fracture beyond repair.

“Till death do us part” takes on gruesome significance in Irretrievably Broken.

Prescott & Talbott is reeling from the murder of partner Ellen Mortenson — allegedly at the hands of her estranged husband — when a photograph of the dead woman is delivered to the law firm, her face Xed out and “ONE DOWN” scrawled across the bottom. Within days, a second partner is murdered, her husband also accused.

Sasha doesn’t practice criminal defense, but her former firm asks her to represent Ellen’s husband. Owing Prescott a favor, she takes the case despite her misgivings. Soon she’s representing both of the so-called Lady Lawyer Killers. The long hours take a toll on her own nascent relationship.

That’s the least of Sasha’s troubles, though. The real killer is waging a vendetta for a past case gone wrong — and there’s one more lawyer on his list. 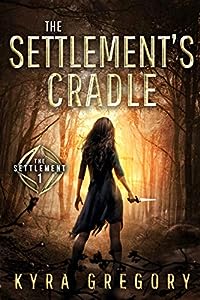 The Settlement’s Cradle
by Kyra Gregory

When Skye is dragged away from home in broad daylight, along with a hundred others, she knows nobody is coming to their rescue.

Brought to a place thought to have been uninhabited since the world first ended, they serve one purpose; to colonise the Epizon’s reclaimed lands.

Once able to live her life as she wished, even in secret, their every move is now watched, their days spent doing the will of the Governor, caught in the middle of a war between those that brought them there, and the people the land was stolen from.

But abiding by the rules has never been Skye’s strong suit and, before long, living beneath the rule of corrupt and violent wardens pushes her to find a way out.

One way or another, she’ll be free of this place — even if it means death.

If you like headstrong protagonists, enemies to lovers, found family, and tales of rebellion, you will adore this intense, high-stakes series.

Enemy Of My Enemy
by Melissa Mayberry, Travis Casey

When US Embassy officer Thaddeus Kline’s wife turns up dead he blames crime boss Bruce Gage. Kline sets out for North Carolina determined to settle the score. What he doesn’t count on is coming up against his adversary’s wife, Gemma.

Gemma Gage is living in the lap of luxury. She does not ask, nor does she care, where the money comes from. She is a loving wife and a good hostess to her husband’s business associates. Just as she makes an unwanted discovery, Bruce catches her red-handed scrutinizing his dealings. Now she must pay.

When Thaddeus breaks into the Gage mansion looking for Bruce, he gets a whole lot more than he bargained for. And Gemma gets a hero she doesn’t want. The hunters soon become the hunted and an unlikely alliance is their only hope for survival. They must overcome their mistrust of each other to take down a common enemy. But can they?

Apotheosis Now: Rabbit Hole to the Beyond
by Yanhao Huang

Resolve all your confusion in life!

A mind that is fragmented and sees the world in terms of what is me and not me, good and bad, will be caught in endless conflict. Because externally, we are always trying to control what is “not me,” and internally, we always get perplexed trying to figure out whether our actions came from our “higher” or “lower” self. As Albert Einstein said: “We can not solve our problems with the same level of thinking that created them.”

This book will help you to understand:

• Why we have internal conflicts

• How does our ego trap us in undesirable circumstances

• How do our beliefs limit us

• How do we really get what we want

• Why is happiness so rare for us

• Who we are really

• What is the nature of existence

• What is the meaning of life

• How do we know if there is a God

• What is the process of spiritual enlightenment

Many of us are starting to become tired of this game of life. We have been comparing and striving all our life. But no matter how much success we have achieved — we are still hollow and still have found nothing fulfilling. We don’t even know if happiness exists because it is no longer a living thing in our experience — it has become dead, as we only know it as a concept or memory.

We have sought self-help advice, philosophies, and religious teachings to transform ourselves but have not gotten anywhere. We have made some superficial improvements — like adopting a new mindset — but our core remains the same. We are still competitive, still fearful, and we get disturbed all the time.

The problem with all attempts at self-improvement is that we do not address the fundamental problem, which is: who is the “you” who needs to be improved? We do not see that the one who is making the improvement is the same one who needs to be improved. The more we try to improve, the more conflict we introduce, within and without. The more knowledge we stuff in our heads, the more we become trapped in a conceptual prison of reality. Inevitably, the more confused we get in life.

The book guides the reader out of their distorted beliefs to experience reality beyond the mind. When the deeper intelligence is allowed to flourish without our mind’s interference, then the game of life becomes effortless. 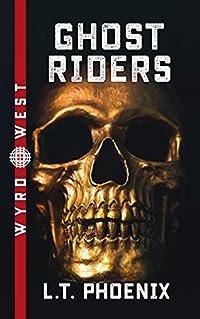 The Civil War is over. American expansion pushes westward across the United States, unaware of the supernatural dangers that lurk in the Wild West.
A Bostonian tourist is thrust against his will into this savage land of outlaws and desperados. Finding allies in a war veteran, a native tracker, a gold rush baroness, a mysterious magician and a trusty dog, Jacobi Nicholson will find that he is destined to heal some of the scars this unforgiving landscape has given his new friends.
Bound by the spectres of an old frontier myth, will the gang defy the Law to do what is right and go beyond legend… ?