I Need A Baby Shark

Oh my gosh! I don’t even know what to do anymore. My brain…MY POOR BRAIN! You know how rough it is when you get a song stuck in your head? It drives you nuts, but eventually it fades and happiness and peace return. I don’t think I will be that lucky this time. That shark song that the kids were singing over and over and over and over… has nothing on what’s stuck in my head. The song? OH I WISH IT WAS JUST ONE SONG! No. This is a whole new world of torture. It’s three songs from the movie Encanto. It is a fantastic movie, that is beautiful and moving, with music written by genius Lin-Manuel Miranda. And that is where the problem is. The lyrics he writes are so complicated it would take months to learn all the words to just one song. And even if you did, some of the songs are sung by multiple people, so you would never be able to sing the whole song in one sitting. What kind of torture is that??!!! Sometimes, if a song is stuck in your head, you can get it out by singing the entire song until the end. Not with Lin-Manuel Miranda songs. NOPE! That would be impossible. AHHHHHH. As I said, I have three of his songs from the movie stuck in my head. When one fades the other moves in. It is a loop of just three lines, from three different songs that play in my head all day. Please… someone get me that baby shark. At least I know all the words to that song. 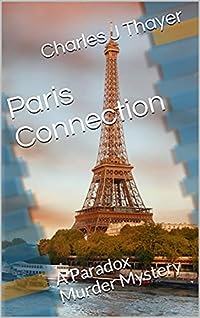 A DEATH IN PARIS LEADS TO DANGER IN MAINE

Steve volunteers to help a bank in Paris investigate the unexpected death of a former colleague. His only clue is Margot’s missing laptop and its connection to her investigation of money laundering by a hostile foreign government to influence elections. The global pandemic forces Steve and Amanda to join millions of people canceling travel plans, and he works remotely from Maine to solve the mystery of Margot’s death. His search for the truth leads him down a perilous path to the owner of a numbered account in Cyprus. 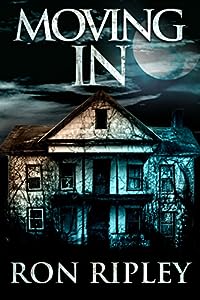 He found the house of his dreams. And unleashed his greatest nightmare…

Brian Roy just wants to get away from the stress of city life. Escape the noise, the crime, and the anxiety of his high-pressure job. So when he and his wife move into a beautiful old farmhouse in the scenic New Hampshire countryside, he can finally relax and find some peace.

But when he discovers a dead body in the woods and a burial ground in his basement, Brian could never imagine the shocking history of the house or its former occupants that comes to light.

The old farmhouse’s shadowy corridors hide a legacy of secrets, bloodshed, and pain. And Brian’s family are not the only ones who roam the house’s dark rooms…

Soon, Brian finds himself locked in battle with a supernatural entity of unimaginable evil – the spirit of a deranged child, who tortures and kills with diabolical glee. It has been watching, waiting. And now that Brian and his family have moved in…
It’s time to play. 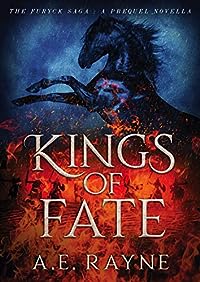 Lothar the Usurper has stolen his brother’s throne. And now he squats upon it, thinking of how to get rid of his troublesome niece, Jael Furyck. Brekka’s most famous warrior. The one they thought would be queen after her father’s death.

Her presence hangs over him like an axe. A constant threat to his ambitions which stretch far beyond his already generous borders.

But when an unexpected visitor arrives in Andala, Lothar discovers a way to hurt Jael without ever getting his greedy hands dirty…
Across the Nebbar Straights, Eirik Skalleson must find his son a wife to secure the future of his kingdom, but Eadmund has ruined everything he has tried so far.

And now there is a woman, the daughter of an Alekkan lord.

A flame-haired, freckle-nosed, smiling woman. Perfect in every way. And yet Eirik’s dreamer daughter is worried.

The woman is going to cause trouble…
Kings of Fate is a prequel to The Furyck Saga: a gripping epic fantasy series that takes you into a richly-woven world of warring kingdoms, mysterious dreamers, dark magic, and an ancient prophecy that emerges from the darkness to weave a dangerous web around them all. 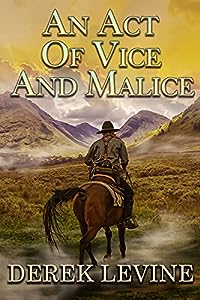 An Act of Vice and Malice: A Historical Western Adventure Book
by Derek Levine

Jared Martin returns home from a cattle drive only to find his home invaded, two of his ranch hands dead, the other three injured, and his beloved wife Helen missing. Soon he discovers that she was caught in the action and kidnapped by the ruthless bandits who wrecked his ranch. With no time to waste, he immediately lays a plan, and with the help of the lawmen and his closest friends, he sets out to find his wife. Will Jared manage to accomplish the most challenging and risky mission of his life and find Helen before it’s too late?

Being one of the most successful ranchers in Colorado meant that Jared was often resented and envied for his wealth. Jared too considered himself to be extremely lucky, especially for having Helen in his life. His love for her knows no bounds, so he will go to the ends of the earth to give the kidnappers what they want in order to get her back safe and sound. However, their demands prove to be almost impossible to meet… The kidnappers seek a treasure he doesn’t have and to his knowledge, it might as well not even exist. How will he guarantee the safety of his beloved Helen when he knows it is impossible to produce the ransom?

With time running short and lives hanging by a thread, Jared must come up with a way to outsmart the kidnappers. Yet he doesn’t know there is a terrible surprise in store for him, one that could alter the course of his future with his wife forever. Will he manage to get to Helen in time and bring the outlaws to justice? Or will they both be doomed to a terrible fate? 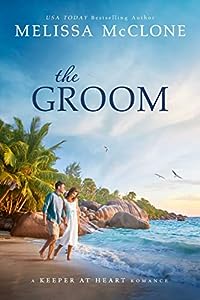 The only thing more awkward than falling in love on national television, is having your heart broken in front of millions of viewers.

When public school teacher Millie Kincaid signed up for the popular dating show, The Groom, falling in love was always a possibility. But then Jace proposes to someone else on the season finale, and her hurt and humiliation leave her desperate to escape the glare of Hollywood’s spotlight… until a new reality TV show provides her a shot at money that her school desperately needs.