I Will Take The Win

Unless a piece of cake decides to jump into my mouth today, I was actually successful in completing a New Years Resolution. I don’t know why I had never thought of limiting the amount of time for a NYR before. If I say I will do something for a whole year, I am just setting myself up for failure.  Today I am feeling pretty good. I don’t really feel like running out and getting cake and cookies, or even a glass of wine. Maybe because it’s only 7 am. I am gonna take the win. One huge thing that made me successful this month was I never jumped on the scale. Never seeing the numbers made it so I never was discouraged or dissappointed. I just went by how my clothes feel, and they feel looser. WIN! So now what is next for me? Should I continue the same path next month and add another goal? Hmm… How about if I just get through today without eating a cake? Small goals are easier to achieve. 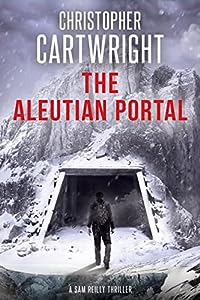 A Russian cargo ship sinks in the shallow waters of the Bering Strait, and somehow vanishes without a trace.

In the Colorado Plateau Desert, a cowboy follows a river of sand into an undiscovered ruin.

A tunnel-boring operation between the Alaskan and Siberian peninsulas is stalled when its largest burrowing machine disappears into an abyss.

Sam Reilly leads a search and rescue mission for the missing ship and crew. What should be a simple operation quickly turns into something much more dangerous. He soon learns that all three strange events are irrevocably interwoven, and unlocking their connection may just hold the key to the survival of the human race. 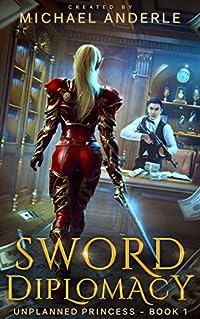 What is the difference between ignorance and stupidity?

Ignorance can be solved if you live long enough.

Zaena has been sent as an Elven emissary to learn and build a relationship with humanity. She’s only two hundred and fifty years old, so time should be on her side.

Except she gets involved in a brutal gang war in the first month of landing on the shores of the West Coast of the United States.

San Francisco, to be exact.

Zaena quickly learns that her knowledge of humanity is closer to the twentieth than the present day twenty-first century.

So much for her teachers’ study of humanity’s television shows.

She’s got attitude, magic, and a sacred armor pendant. What she doesn’t have is a clue.

She will survive her ignorance or die trying to build a bridge and save her people. 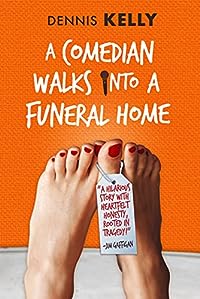 A Comedian Walks Into A Funeral Home
by Dennis Kelly

Vince Locker’s life is tragic. His comedy act for the LaughCom competition has just bombed, ruining any chance of the cash prize he desperately needed. His life is in tatters; abandoned by his father as a child, an estranged wife, Jessica, who he seems to disappoint just by his mere existence, and living in his mother’s house with his bipolar brother and facing foreclosure. As he stands on Smith Avenue Bridge, suicide seems the only option until he is unexpectedly rescued by an old school mortician named Truss. Vince meets another of Truss’s rescues, Winona. Although beyond social norms, the trio seize on a quick cash fix that just might help Vince meet his child support demands–comedic tributes for the dead. The eulogies are hilarious and off the wall, sometimes disastrous and sometimes enlightening. They propel Vince into the dark underworld of the funeral industry, life insurance scams, savage politics, a kidnapping, the murder investigation of a destitute unclaimed young woman and threats to Jessica and his young daughter. As details of the murdered young woman are slowly revealed, Vince realizes that he has many ghosts of his own to put to rest. 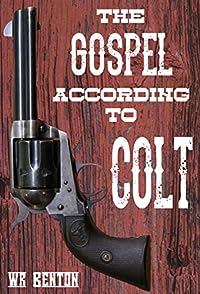 The Gospel According to Colt
by W.R. Benton

Faith & Death collide… After the war, Lew Stuart found his true calling as a traveling Baptist preacher, and with his family by his side he built a life he treasured. But Lew’s faith is shattered when he returns home to find his wife and five young’uns murdered. After twenty years of back-breaking labor he has no family, no farm, just the smoldering remains of his former home and six fresh graves as a constant reminder of everything he lost.

Looking to dull the constant heartache and anguish, Lew flushes the last of his money away in a haze of whiskey. When the cold light of sobriety finally kicks in, Lew gives in to his anger. He finally does the one thing he could never imagine a God-loving man could do, he dons a pair of Colt .45’s and goes hunting for the evil men that took it all away. 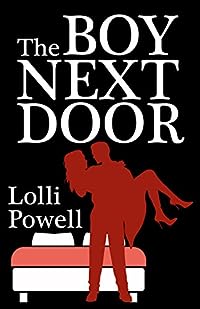 The Boy Next Door
by Lolli Powell

When Laney Mitchell was fifteen, she babysat the cute four-year old who lived next door. His family moved away when he was five. Twenty-six years later, he’s all grown up, but he still wants to cuddle with his babysitter!

Laney’s daughter has other plans for him, while a hunky friend of a friend and Laney’s ex-husband both have other plans for her. By avoiding romance in the three years since her divorce, Laney has kept things simple. Now life has suddenly become very complicated!