The 509 Crime Stories by Colin Conway

Pick up your copy today of the brilliantly written and exciting series by author Colin Conway. The 509 Crime Stories is a series of novels set in Eastern Washington with revolving lead characters. If you like police procedurals with compelling personalities, then you’ll love this story. Enjoy! 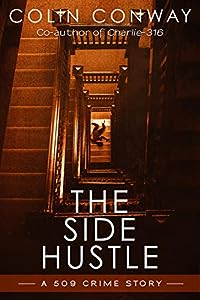 A financial blogger’s death. A detective’s shameful secret. Murder binds them together.

A young man is found dead at the bottom of his stairs.

Could it simply have been an accident or was it something more sinister?

That’s the question Major Crimes Detective Quinn Delaney must answer. Along with his partner, Detective Marci Burkett, Quinn soon discovers that there are unseen layers when it comes to this case.

Unfortunately, someone’s meddling in the investigation — a friend of the deceased hoping to help. He’s sticking his nose where it doesn’t belong, causing the wrong people to take notice, and creating new problems for the detectives.

Secrets, lies, and double crosses will be exposed as they hunt for the truth.

But Quinn has his own secret he’s hiding from both his partner and the department — one which could derail his career.

Can he find the murderer while keeping his secret intact? 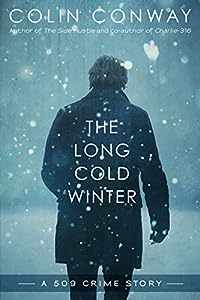 A thirty-year old case. A body discovered in the snow. For one grieving detective, it’s going to be a long, cold winter.

After the passing of his wife, Major Crimes Detective Dallas Nash is handed a cold case to ease him back into the job.

Three decades prior, a teenaged girl was strangled to death. Upon examining her file, Nash makes a startling revelation–as a teenager, he saw the girl shortly before that fateful day.

Soon, Nash is dispatched to a separate wintery crime scene. Amid a heavy snow fall, there are no witnesses and no suspects to the murder.
As the temperature remains freezing under a heavy gray sky, can Dallas Nash find two killers–one of which has remained hidden for thirty years? 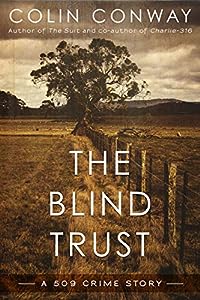 A quiet death in a small town. A double homicide in the big city. Only a murderer knows they’re connected.

Their cases are tied together by blood — family blood, but nothing else.

Or so it seems.

To further their investigation, Delaney and Burkett turn to a man they don’t trust. He’s a questionably motivated officer who seems to answer only to himself. Meanwhile, Sheriff Jessup struggles to connect the cases across county lines.

As the deaths continue to mount, the four race in opposite directions, each hunting a killer in their own ways.

Will they find him before he strikes again? Or will distance and department politics let a killer escape? 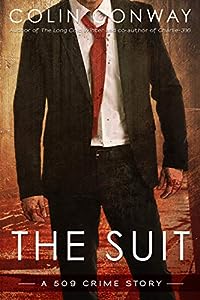 The Suit (The 509 Crime Stories Book 4)
by Colin Conway

A crew looking for some kicks. A hero tortured by his past. All on a collision course with death.

Years ago, it faded like a bad memory, but now it’s back — with a vengeance.

But this time it’s been twisted into an act of retaliation against the corporate image of the 1% — men in suits and ties. No man is safe walking through downtown.

Those playing the game are terrorizing a city and the police seem helpless to stop it.

When the game expands to murder, Detectives Quinn Delaney and Marci Burkett join the hunt. As more victims hit the ground, the police are running out of time.

What they have yet to understand is that this has always been about one suit.

And he’s ready to fight back.