A Not So Happy Fate

When I meet new people and the subject of me loving gardening comes up, I always laugh to myself when they start asking for advice. I have been gardening for many many years, and in all those years I have killed a lot of plants. A LOT of plants. The best advice I can give someone is don’t do what I do. The second bit of advice I could give is don’t get too attached to a plant, because it most likely will die. They all die. How grim I sound. It’s true though. Most plants in my care will die, but some live, and luckily there are plant sales and clearance racks to keep me coming back for more. 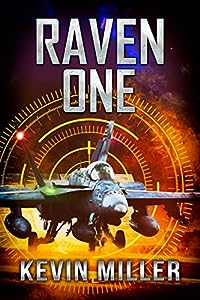 Raven One
by Kevin Miller

“The very best in this genre I have ever read.” — AMAZON VINE VOICE

Raven One immerses the reader into the lives of the Raven squadron and protagonist Lieutenant Commander Jim Wilson aboard the fictional nuclear powered aircraft carrier USS Valley Forge on deployment to the Persian Gulf. The reader joins Wilson in the cockpit of a carrier-based F/A-18 Hornet… and in the ready rooms and bunkrooms of men and women who struggle with their fears and uncertainty in this new way of war – amid leadership challenges that test them further.

A “routine” Middle-East deployment takes a sudden and unexpected turn when Washington orders Valley Forge to respond to a crisis no one saw coming. The world watches – and holds its breath.

Kevin Miller’s unforgettable first novel is filled with flying action and adventure – and also examines the actions of imperfect humans as they follow their own agendas in a disciplined world of unrelenting pressure and danger. 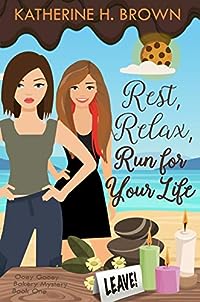 Two best friends & a bakery!
Piper and Samantha are in heaven. Well, close. More like a long weekend at the O Heavenly Day Spa.
A few mysterious notes start appearing everywhere, things get uncomfortable. As spa treatments go awry things get dangerous. A threatening message convinces Piper and Sam that they have to find out who is behind all of these disasters. When the smoke alarms go off and the spa erupts into panic, the chaos separates the friends and Piper stumbles into trouble. Will someone help her before it is too late? 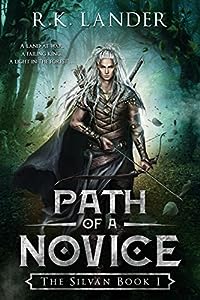 Path of a Novice: The Silvan Book I
by R.K. Lander

Book I in the epic fantasy series The Silvan Saga.

A fearless young warrior with a shrouded past. An implacable traitor to the throne. The path towards a destiny only a god foresaw.

Fel’annár is a young immortal, embarking on his first patrol into the Deep Forest as a novice warrior.

Half-Silvan, half-Alpine, he battles the enemy from without, and the prejudice from within. But he learns more than just warfare when an arcane power begins to emerge, one he cannot control.

While friendships are forged, and allies strive to protect him in secret, a destiny unfolds, one that is tied to a past he knows nothing about. For others though, it is only a matter of time before the truth is revealed and the danger becomes real.

Lord of the Rings, Final Fantasy and a touch of Terry Brook’s Shannara. If you love high fantasy worlds with compelling characters on a dangerous mission, you can’t miss Path of a Novice, the first instalment in the international best-selling epic fantasy series, The Silvan Saga. 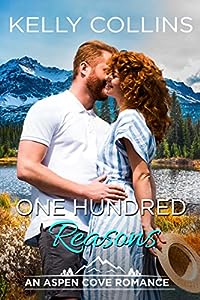 Nurse Sage Nichols’ life is falling apart. Her favorite patient has just died. She’s lost her job. And she’s been evicted. When she finds out she inherited a bed and breakfast in a remote town in the Rockies, she’s determined to sell it and return to Denver.

But when word gets out that a nurse is in town, Sage gets roped into helping Aspen Cove’s only doctor. Unfortunately, the warm welcome she receives from the town’s people does not extend to the man next door. Instead, he seems set on making her life miserable.

When Cannon Bishop’s mother died, he gave up his dreams of leaving Aspen Cove and stayed to run the family business. As owner of the only bar and son to the town drunk, he’s got no room in his life for a woman. But when Sage Nichols breezes into town, she changes everything. And if there’s one thing Cannon hates, it’s change.

She’s a woman who wants to leave. He’s a man who has to stay. There are a hundred reasons keeping them apart. Can they find one to keep them together? 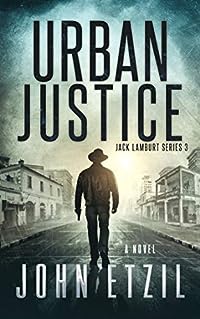 Jack Lamburt doesn’t negotiate with drug dealers. When he learns that his girlfriend Debbie’s sister is keeping company with New Jersey gang leaders, he opts to spring her the only way he knows how. With a hail of bullets and blood…

On his quest to get Debbie’s sister free, Lamburt attracts the attention of an FBI agent eager to take the vigilante down. Things get even hairier when a drug lord goes on the war path to reverse the sheriff’s rescue mission with some deadly revenge. With Debbie and her sister in the crosshairs, Lamburt must outsmart and outshoot a growing list of enemies…