OHHHH… Karma is slapping my hubby across the face left and right, and I for one am down for that. Now, I am normally Team Hubby, but he kinda deserves the icky sting of Karma this time. Just to be mean to me, Hubby searched on his phone the Kars For Kids song. That HORRIBLE song. He then went on to play it for me repeatedly to drive me nuts. I was less than thrilled. Okay… I was super mad. It was not funny and I really didn’t want that song in my head. I had just gotten rid of the songs from the movie Encanto (awesome movie by the way), and was finally enjoying sanity.  The last thing I needed was THAT song in my head. Yikes! But Karma stepped in and made sure hubby paid the price for his cruelty. Since he searched the song on his phone, now he gets advertisements for it every day…. all day.  MWAHAHAHAHAHA!!!

If you love small towns with quirky characters, slow-burn romances, and witchy mysteries, this is the series for you.

Tucked next to a pristine lake, the part-Medieval Europe, part-Renaissance Faire hamlet of Whispering Pines is a utopia… except for the recent murders.

One month after arriving in the Northwoods, former detective Jayne O’Shea has settled comfortably into small-town life and is making good progress with her task of getting her grandparents’ house ready for sale.

Then the shocking death of one of the carnies rocks the community, and the villagers look to Jayne for help, placing her in an impossible middle ground of not wanting to get involved and needing to ensure justice is served.
When a second carney turns up dead, and the newly hired sheriff–more concerned with ticketing tourists than catching the killer–dismisses the death as an accident, Jayne has no choice but to step in. Can she uncover the truth before the murderer strikes again? 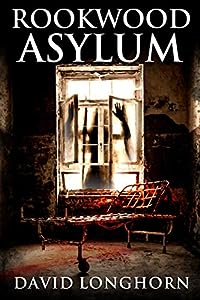 Some memories are too painful to forget…

American History lecturer Paul Mahan was looking for a little peace and quiet. A place to recover from his personal demons, and pursue his academic career. But when he moves into the newly refurbished Rookwood Apartments, he soon finds himself trapped in a living nightmare.

A series of terrifying events forces Paul to question his sanity. Strange messages scrib-ble themselves across the walls. His beautiful neighbor seems to vanish without a trace. And a deadly accident tears away the veil from Rookwood’s dark past.

As these violent incidents escalate, residents call in a paranormal expert, hoping to end the strange accidents once and for all. But only Paul understands the chilling truth. The pain and torture of Rookwood’s blood-soaked past can no longer be contained…

And a terror beyond anything they have ever experienced is about to be unleashed. 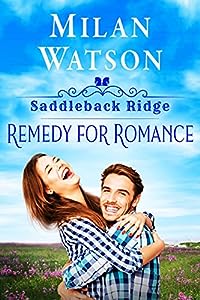 Remedy for Romance: in Saddleback Ridge
by Milan Watson

A fake relationship, an avalanche and a wedding – what could possibly go wrong?

Sally Wilkins is content with her life. As the town doctor’s receptionist and a large group of friends, she wants for nothing. But to her mother, she’s a constant disappointment because she isn’t in a relationship. Theresa Wilkins will go to any length to find her daughter the perfect husband, Russian mail order grooms, included!

Sawyer Pruitt has always wanted to be a doctor. After returning to Saddleback Ridge and taking over his father’s practice – he’s finally living his dream. But when a sequence of events throws his scalpels to the floor, Sawyer offers to be Sally’s fake boyfriend to get her mother to ease off.

As they begin to fool the whole town with their charade, including Sally’s mom, Sawyer finds himself seeking the perfect remedy for romance – real romance. The only problem is, Sally is already planning their fake breakup.

Can Sawyer convince Sally his feelings are real? Will Sally make the doctor or her heartache go away? 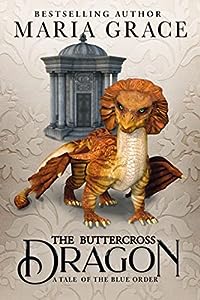 Peter Smalley was certain of two things in life: England was full of dragons, and even very small dragons could cause very large problems.

As a minor dairy farmer with rent coming due and no money to pay it, Peter had enough problems of his own to be bothered with dragons.

Until a troubled dragon came looking for him.

A dragon adventure fantasy set in the gaslamp regency world of the Blue Order of Jane Austen’s Dragons.
A delight for readers of Anne McCaffrey’s The Dragon Riders of Pern and Naomi Novik’s Temeraire. 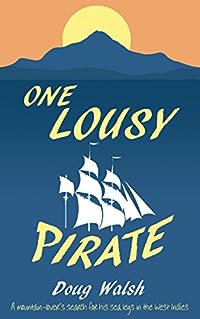 One Lousy Pirate: Travels in the Caribbean
by Doug Walsh

Sailing away from it all isn’t always what it’s cracked up to be.

One Lousy Pirate is a toe dipped in the waters of a runaway Caribbean fantasy. Journey alongside the author as he explores the islands of Barbados, St. Vincent, and the Tobago Cays in search of his nonexistent sea legs.

This humorous travel memoir takes readers across the azure waters of the southern Caribbean, from a soup kitchen to a four-star restaurant and the summit of a volcano to the pits of seasickened despair. One Lousy Pirate is a funny, vivid quest to discover if the escapist Caribbean fantasy is what it’s cracked up to be. Peel back the romance and the intrigue and dive below the surface to see if the potential reality is as wonderful as we imagine.