I Will Not Change

For months I have been telling myself to make appointments for the family with the new dentist we were referred to. MONTHS! This one little task has been weighing on my mind since last year! I would think about it while driving, or while sitting on the couch doing nothing. I would even wake up in the middle of the night feeling guilty that I hadn’t made the appointments yet. Yesterday I finally did it and it took me five minutes. It was easy and only five minutes. Will I learn my lesson and do it differently next time? No… no I wont. 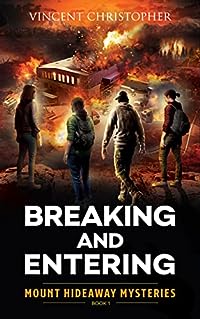 Can 4 Homeschooled Teen Investigators stop the killers threatening their town without losing their lives, friendships or their faith?

In the shadow of a mysterious government facility, a tragic explosion rocks the town of Steven’s Mill, Virginia, and four homeschooled teenagers are swept up in a life or death investigation to uncover the truth.

Amateur sleuths Bethany, Rose, Jamie, and Amy find their investigative skills and Christian faith are put to the test when one of their parents is accused of the crime. But, could the fatal explosion have been an accident, or was it part of a larger plot to shut down the clandestine activities at the nearby secret government facility?

Using the knowledge that they learned in their homeschool Criminal Science class, they must investigate the murders and misdeeds within the town if they hope to clear the name of Jamie and Rose’s father and bring those responsible to justice.

Dodging danger and threats of death at every turn, the teens in this coming of age story will face challenges to their friendships, family bonds, and relationship with God as they struggle with tragedy and questions of faith.

Four women arrive in Paris to spend a year there. Each has different expectations, fears and dreams of what this year will bring.

Ashling is thrilled when her banker husband is asked to relocate to Paris to work on a financial project which is all very hush-hush. She has always loved France and feels she will be living a dream come true.

New Yorker Taylor has no choice but to join her husband when he too is posted there. A spoilt, prescription-drug addict, the only thing that makes the move bearable for her is all that designer shopping on Rue St Honoré.

Felicity is devastated at the thought of leaving London when her husband is chosen to work on the project. Nervous and uptight, how can she face a whole new world?

Jazz is a beauty. She is also clever and ambitious but her biological clock is ticking loudly. Then in Paris she meets the man she once loved and lost. He’s married but surely this is her last chance of happiness.

Yet Paris manages to surprise them all… 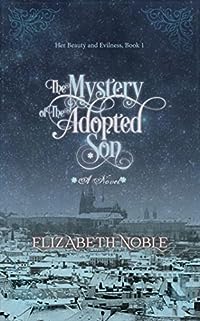 London 1803
In the cold weather of London, Alice, a young woman who ran from her past, coincidentally meets her lover, Mackenzie, an old friend from years ago and a dutiful soldier. She tells him how she got married in secret on the advice of the marchioness, Lady Fitz-Arthur, to a gentleman superior to her and who died prior to the birth of his son. However, according to Alice, her husband’s family would not countenance their union on account of their superiority. Alice stating that there is a secret attached to her poor boy, wanted her whereabouts to be unknown to the marchioness and to her previous connexions. The marchioness was described by people as always being so proud and overbearing, so haughty towards her inferiors, and so bold and forward towards her equals, that not a servant in the house liked her except Alice. She certainly had the beauty of an angel, but people used to say that she had a devil’s heart.
Eventually, Mackenzie asks Alice to be his wife so he can be her protector and vows to be a father to her son, Edward, in the strictest sense of the word. Alice, appearing to love her daughters more than her son, felt the necessity of separating him from so formidable a rival to them. As a result, Edward was then sent to live with his grandmother, Margret, in a village, far away from his real parents and oblivious to his origin. 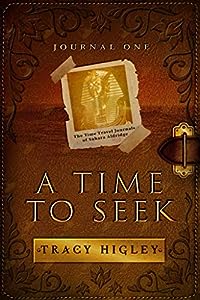 Her Future Destiny is Hidden in the Ancient Past.

Sahara Aldridge, a young Egyptologist in 1922, is making a name for herself on the digsite soon to become Egypt’s most sensational discovery — the tomb of the boy-king, Tutankhamun.

Despite opposition from a mostly-male profession, Sahara fights to continue the legacy of her Egyptologist parents, who died tragically at sea when she was a teen.

But then a childhood friend finds a lost journal written by Sahara’s mother, hinting at the bizarre possibility of time-travel, and a crazy suspicion forces Sahara to confront a freak incident years earlier…

Is it possible her parents were time travelers?

And has she inherited this mind-blowing ability?

When the American journalist Jack Moretti begins asking too many questions, Sahara suspects he knows more than he’s telling.

Did her parents truly perish in an accident? Or did someone target and murder them because of their time traveling gift?

There’s only one way to unearth the truth.

Sahara must travel back in time, to the days of King Tut.

But the biggest surprise is yet to come… the truth about her parents, and about her own destiny, discovered in the whispers of conspiracy around the death of Egypt’s most famous Pharaoh.

But what secrets are better left buried? 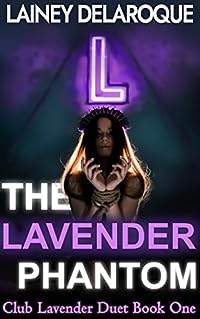 Today, I’m Sophie Taylor. I have a normal name, a normal job I hate, and a semi-normal hobby of getting tied up.
It’s all for my little sister Melanie. After our parents died, I took her to Chicago, and we started a new life. A normal life.
But she’s growing up. Getting into trouble.
When I find her all bruised with no memories one evening, it’s hard to keep my ‘normal’ on.
So I go the club where it happened. Undercover. Angry. Ready to embrace a part of my past I’ve almost forgotten.
And when I meet a hot mysterious stranger tied up in the basement, I know it won’t be easy to just destroy the place and run. Is he a friend or foe?
His darkness plays with mine, and that means one thing – I’m done pretending.
But will I withstand the violence, greed and corruption of Club Lavender?
One way to find out. 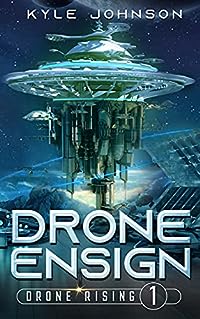 Humanity has moved far beyond the cradle of Earth, into the stars themselves. In the Collective, energy is limitless, travel and communication are nearly instantaneous, and every person’s basic needs are fully met. Citizens are free to choose the lives they wish to lead, and the omnipresent Overnet tracks their strength, power, and accomplishments. Even death has been vanquished, and Citizens are effectively immortal, reborn anew after each death.

Benning Kidd is a Drone, the lowest class of humanity. She exists without memory, purpose, or more than the most basic awareness of herself and the world around her. An accident changes all that, and Benning becomes a Citizen of the Collective, the first Drone to do so in history. She is uniquely talented and unscrupulously driven, choosing a path of battle and glory that will take her from arena to arena and out among the stars themselves.

Benning’s existence, though, is a threat to those in power, and forces move against her from the moment she steps out of the respawn chamber. As a starship officer, she’s sworn to serve her new captain, but he might not be serving her in turn. She faces threats from without and within, and the only person she can trust is her personal AI, who guides her through the Collective.

Her only chance of survival is to be stronger, smarter, and more cunning than those who stand in her way. Her path is unique, and only she can forge it. She is the Drone Ensign, warrior and starship officer, and none will stop her from fulfilling her desires! 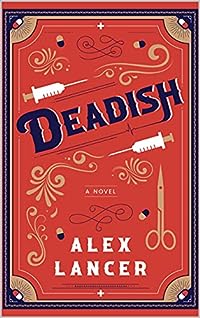 Deadish: A hilarious behind the scenes novel about surviving hospital politics
by Alex Lancer

Ashley and Chris, two junior surgeons in Serenity Hospital, struggle with management and Consultants to save their patients as well as their own lives. Their unintentionally hilarious interactions with the real people they meet overlap with the machinations of blundering managers and senior doctors.
The graphic nature both of operative surgery and interpersonal exchanges with patients and administrators are excruciating yet often laugh- out- loud events.
This darkly humorous novel will entertain as well as giving insights into why managers, doctors and patients often behave in the way that they do.