I was trying to think of ways to stop obsessing over my plants. Everyday I check on my plants to see if any new bulbs are popping up or  how many new leaves are on a plant. Maybe come up with a new idea for a bed. It’s crazy! I just can’t stop thinking about it. When I can’t do something in the garden, I get it stuck in my head I need a new plant, then it’s off to the nursery. I need a hobby! Something to get my mind off my first hobby. It has to be something that will relax my brain, and maybe get me up and moving around. A hobby where I can do it here at home and whenever I want. Something like…gardening….DRAT! 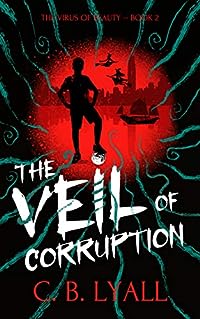 The Veil of Corruption: The Virus of Beauty Book 2
by C. B. Lyall

Witches and magic are taking over Wilf’s life.
After being thrust into a long-standing conflict between the witches and wizards that has destabilized the Magical Realm and finding the antidote for the Virus of Beauty, Wilf would like to return to his normal soccer playing teenage life. But he can’t rest until his stepsister, Myra, is caught and brought to justice. It’s been three days since Myra took to the skies above Hong Kong and disappeared. Now Wilf is accused of corrupting the Veil, a defensive barrier between the witch and wizard cities. As the spell expands throughout the magical realm it is attacking witches and wizards. But Wilf would rather embrace his witch friend, Katryna, than his wizard powers. When evil forces have other plans and they kidnap Katryna, Wilf realizes that he’d do anything to save her and the Magical Realm, even if it means risking his own life by connecting to the primary source of all magic. 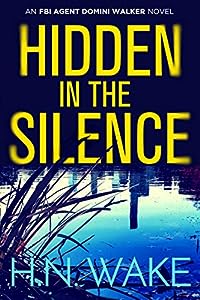 Gutsy, tenacious FBI Special Agent Domini Walker is just recovering from her most recent operation when a close family friend calls with a plea for help. A young journalist, Ben Kirschner, has died under suspicious circumstances. What had Ben discovered, and more importantly, who in New York City did his discovery threaten?

If you enjoy page-turning thrillers loaded with satisfyingly complex twists, sabotage, and intrigue, then the Domini Walker series is for you.

A powerful Scottish laird. A time-traveling teacher. A tragic destiny only she can prevent.

Unlucky in love, schoolteacher Brielle “Bri” Montgomery wonders where all the good men have gone. They certainly don’t waltz through her safe and meticulous life in Texas. Venturing out of her comfort zone, she joins her archaeologist mother on a dig in Scotland… and finds herself transported 400 years into the past. Shocked and bewildered, Bri learns she’s just moments away from marrying an impossibly handsome Scotsman…

Eoin Conall has no interest in wedding the woman who irritates him to no end. But with a promise made to his dying father fresh on his mind, he ties the knot with his insufferable bride. Once wed, to his surprise, he notices something has changed about her. Something irresistible. Could he be falling for the wife he never wanted?

As her initial wary attraction to the gallant highlander turns to love, Bri wishes she wasn’t aware of history’s impending slaughter of Eoin and the entire Conall Clan. Unable to accept his gruesome destiny, she sets out to rewrite history.

Will Bri and Eoin succeed in protecting their impossible romance or is their heartbreaking fate already sealed?

Love Beyond Time is the first book in the enchanting Morna’s Legacy Series of time-travel romances. If you like bold, handsome highlanders, strong-willed heroines, and adventures that transport you across time, then you’ll love Bethany Claire’s sweeping page-turner. 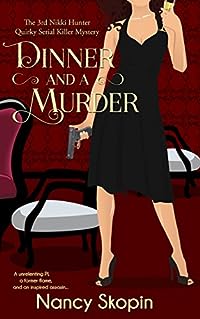 Dinner & A Murder is the third book in a mystery series featuring Nicoli “Nikki” Hunter, a Private Investigator specializing in covert bar and restaurant surveillance.
After surviving two attempts on her life, Nikki decides to do something normal for a change and attend her high school reunion. While there she becomes reacquainted with an old flame, Paul Marks, who is now an air traffic control supervisor. Nikki agrees to have lunch with Paul the following day, and over lunch she becomes convinced that something is terribly wrong. After a few beers and a little persuading, Paul confides that three controllers reporting to him have died in the last two months, under suspicious circumstances.
Nikki insists on looking into the deaths and, with the help of her former mentor, Sam Pettigrew, soon discovers that Paul himself is the target of a ruthless assassin. So much for normal. In an effort to save Paul, Nikki must, once again, put her own life on the line. 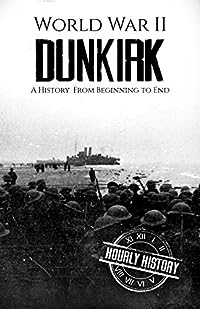 The movie Dunkirk premiered in 2017, decades after the event that turned certain defeat into a military miracle that inspired the people of Great Britain. The epic saga of the ordinary British civilians who sailed across the English Channel to rescue their trapped soldiers while the German military launched its might to prevent the evacuation is a stirring tale. The British government hoped that perhaps the mini-armada would be able to rescue 50,000 troops. But the 861 vessels who responded to their country’s plea brought more than 300,000 soldiers safely home. The film has garnered awards and earned the impressive rank of the highest-grossing World War II film of all time. But even more stirring than cinema is the true story of the events that unfolded in the embattled port of Dunkirk, where, against all odds, the British Army was rescued from Hitler’s forces by a fleet of “Little Ships” determined to bring their boys home.

Britannia Rules the Waves
The Phoney War
Defending the Perimeter
The Little Ships
The Dunkirk Spirit
And much more!