You Know You Won’t

Today is the big day! Today the Basset family is getting on a plane and heading to DISNEYLAND!!! I definitely over-packed my suitcase with clothes I never wear. I don’t wear them at home, and I most likely won’t wear them on vacation either.  I guess I just want to haul them on vacation to show them what other closets in hotels look like. I think I am going to unpack my suitcase and try again. I am still going to be the same person at home that I am in Disneyland, except maybe a bit less stressed. What makes me think I am going to dress differently? Okay, I am off to repack. 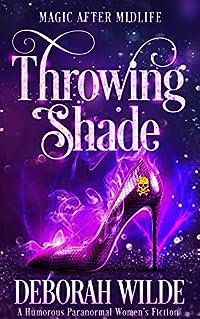 Middle-aged. Divorced. Hormonally imbalanced. Then she got magic.
Underestimate her. That’ll be fun.

My best friend got tangled up with some vamps and now she’s missing. As if that wasn’t scary enough, I snapped, and in a cold dark rage, unleashed a rare and powerful shadow magic. So, I won’t be having that second date, but in all fairness, he got what he deserved. My only regret is that I may have put a target on me and my kid. I’ll fix it, that’s what moms do.

Now, with only a mouthy golem and a grumpy-yet-sexy French wolf shifter to help me navigate this world of hidden magic, I’m in a race against time to rescue my friend and keep my loved ones safe from the skeletons in my past.

Sure, I’m caught in a spiderweb of supernatural power plays, but I’m a librarian, I’m over forty, and I’m definitely done with being sidelined in my own life. If anyone can survive this dangerous adventure, it’s me. New to-do list: kick butt and rediscover the woman who got lost along the way.

Throwing Shade features a sassy, slow burn romance, a roller coaster ride of a mystery, and a magical midlife adventure. 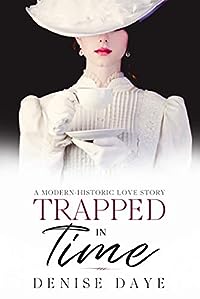 On the day she and her mother escaped her cruel father, Emma Washington vowed to never fall in love.

Now, Emma is a back-to-school PhD student with bigger and better things to worry about. That is, until one night–exhausted, slightly tipsy, and on her way home from a party–the glaring white light of a car comes crashing toward her, changing her life forever. Instead of waking up in a 21st-century hospital, she finds herself waking up in the backwaters of London, Victorian England, 1881…

Trapped in a time where everything she once knew is considered witchcraft, Emma discovers that Victorian London is a harsh world for a woman without wealth or status. She faces yet another life-changing twist when she learns that her only chance of survival depends on the very thing she has tried to avoid her whole life — marriage. As if that isn’t bad enough, she must betroth herself to none other than the most powerful duke in all of England, the notorious and feared Lord William Blackwell.
But… what begins as a fight for her life might just become a chance to find true love. 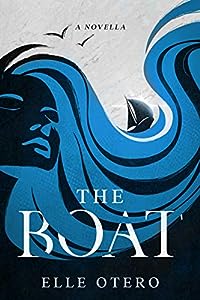 The Boat: A Novella (In Caves and Catacombs Book 1)
by Elle Otero

In the wake of a viral pandemic, Lindsay drifts alone on a sailboat she can’t operate. Jordan, the ship’s Captain and the love of her life, is dead, like everyone else she ever knew. But Lindsay refuses to die. She’s resourceful. Resilient. She survived the virus and the nuclear bombs deployed to destroy the infected. And now it’s up to her to fight her way back to dry land, or what’s left of it. Marooned in shark-infested waters with the storm season just beginning, will she — and any other survivors she encounters — make it back to shore alive? Or will the isolation drown her from within?

Get ready to dive into the first book in the “In Caves & Catacombs” series — a thrilling, post-apocalyptic survival story about one woman’s quest to survive in a dystopian world after a devastating viral outbreak. 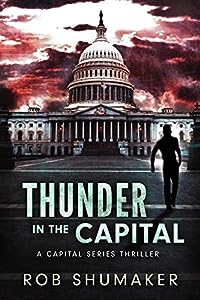 Thunder in the Capital (Capital Series Book 1)
by Rob Shumaker

An up-and-coming politician. D.C. secrets. Will those in power succeed in silencing him forever?

When Anthony Schumacher decided to run for the congressional seat of the retiring Representative Theodore Milhous Johnson, his meteoric rise through the political ranks was all but assured — he was a young, articulate lawyer with a beautiful wife and family. Nothing could stop him from one day becoming President. But when he uncovers some of D.C.’s darkest secrets, he soon finds himself in the crosshairs of the most powerful people in Washington. And they will stop at nothing to keep their secrets safe. Faced with sex scandals and assassination attempts, whether Schumacher survives depends on whether he can expose those who are trying to kill him before it’s too late.

Pick up Thunder in the Capital to discover this exciting series today! 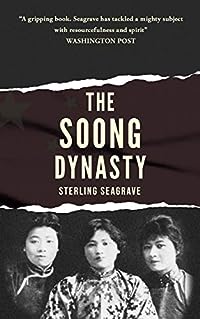 The Soong Dynasty
by Sterling Seagrave

The Soong Dynasty is the first full behind-the-scenes account of the extraordinary Soong family whose power and wealth dominated China and American policy towards Asia in the twentieth century.

Descendants of a runaway, the sisters grew up in America under the protection of the Methodist church and returned to their homeland to make a fortune selling Western bibles. From there, each sister rose meteorically through the political ranks to take their place at the tables of power in China.

Older sister Ai-ling married the richest man in China and, alongside her husband, came to exert significant influence on the policies of the government in the 1930s and 40s.

Holding positions in the upper echelons of government, middle sister Ching-ling became the new republic’s Vice Chairman. Married to Sun Yat-sen, the first President of the Republic of China and legendary “Father of the Nation”, she wielded significant power before and after 1949.

May-ling, the youngest sister, lived until 105, her life crossing three centuries. Working to unite the country against Japanese invasion, she was often in the USA lobbying on behalf of her country in her position as First Lady of the Republic of China, through her marriage to the infamous Generalissimo and President, Chiang Kai-shek.

Spanning decades and continents, The Soong Dynasty is a fascinating and acclaimed analysis of three women who held immense power in the 20th century.