So a volcanic rock that was said to have contained a demon for the past nine hundred years broke in half over the weekend. Yaaa… That’s a big fat NOPE for me. Whoever knew about this rock before, should have buried it deep in the ground a long time ago. This is the ultimate case of being lazy. Someone’s mother is PISSED right now. “I HAVE TOLD YOU THREE TIMES ALREADY TO CLEAN UP YOUR DEMON ROCKS! NO DESSERT FOR YOU TONIGHT!” 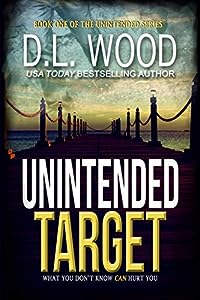 Her twin brother is dead. Now they’re coming for her.

Travel photojournalist Chloe McConnaughey knew that her brother — a brilliant programmer — would compromise anything to get ahead. She just didn’t know that included her.

When he dies unexpectedly, Chloe copes by taking an assignment in the Caribbean where she meets Jack, a charming Manhattan escapee who almost has her believing life could turn around. But the illusion is shattered when a series of bizarre incidents leaves them framed for murder and running from killers convinced Chloe is the key to getting what they want.

Suddenly Jack’s timely entrance seems more than coincidental, but with nowhere else to turn, Chloe must trust this man who is not only charming, but also dangerous, and much better at evading capture than he should be. Hunted from the tiny island of St. Gideon all the way to Miami, Chloe desperately searches for evidence to prove her innocence and eliminate her as a target of the shadowy conspiracy that will stop at nothing to make its problems go away. Will she expose the truth in time, or will her brother’s betrayal ultimately cost Chloe her life?

This series is can’t-put-it-down suspense that’ll keep you up to the wee hours. Don’t say we didn’t warn you. 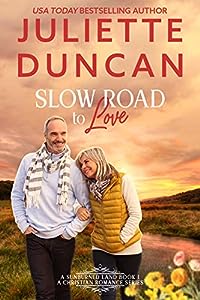 A divorced reporter on a remote assignment. An alluring cattleman who captures her heart…

City dwelling Maggie Donovan is trying her best to let go of her resentment after her high-profile politician husband of thirty-five years left her for a much younger woman. Her focus now is her job as a reporter for the Country Women’s Magazine, her two adult children, and her church.

She doesn’t care that her ex-husband now has a child who could be his grandchild.

No. It doesn’t worry her at all.

Frank Goddard has never considered moving on after his beautiful wife, Esther, was killed in a freak accident six years earlier. His family, who live with him on Goddard Downs, a cattle station in northern Australia, plus his faith, are what he lives for now.

But he’s lonely. He just doesn’t know it.

When Maggie is sent to the remote, mysterious Kimberley area to write about women living on isolated cattle stations, she jumps at the chance. A change is as good as a holiday, so they say.

Never did she expect to fall for the tall, handsome Frank Goddard of Goddard Downs.

But how can a relationship work when they live so far apart?

When the road is slow and dangerous.

When their lives are complicated.

And besides, how do you date when you’re going on sixty?

Slow Road to Love is Book One in the Sunburned Land Series, a mature-age Christian romance set in the beautiful, rugged and remote Kimberley region of northern Australia. Fall in love with Frank and Maggie today. 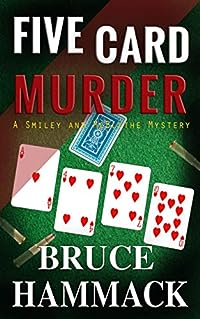 An inheritance worth millions. A killer with a list… and Smiley’s on it.

A phone call from out of the blue leads blind PI Steve Smiley to become executor of a large Texas estate — one which includes the last undeveloped lakefront property in the state. While the sheriff is hunting for the rancher’s killer, a second death occurs. The ranch foreman is found murdered.

Someone is intent on getting their hands on that property. Any of the four siblings could be guilty of one, or both, of the murders. There’s no love lost in the dysfunctional family. But which one wanted the land bad enough to kill for it? Or was it a conspiracy?

Steve and his partner Heather are hired to find out who killed the ranch foreman. They unearth a long-buried family secret that could solve the mystery, but will it also lead to more killing? A person desperate not to be discovered attacks Heather. Steve needs to stop the killer or the next funeral will be his.

In a desperate attempt to belong, Paul joins a cult whose main goal is to destroy everything they can get their hands on.

The virus the group is exposed to turns them into the apocalypse and they set out to eat everyone in their path.

Paul has one chance to escape. He’s taking the only girl who might be immune with him.

If Paul can’t get away, the rest of Las Vegas could implode on itself. Will he be able to find the cure? Or is he destined to terrorize the world?

Take a chance on this horrific journey with a teenage boy who has sex and hunger ruling his every decision. 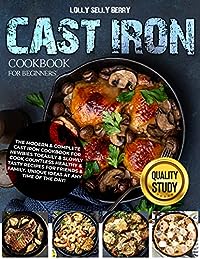 Don’t you have enough time to cook healthy and delicious meals? Would you like to reduce the number of old used pots that occupy your shelves unnecessarily? Are you interested in reducing consumption and impacting less on the planet with a more sustainable way of cooking?
If so, keep reading because this guide is perfect for you!

If you like the taste of slow cooking like you used to and would like to recreate that authentic taste, the Cast Iron Pots will guarantee excellent results for every use.

The kitchen with cast iron is experiencing an explosion of popularity, and the thing is not surprising: the Cast Iron Is Cheap, Lasting, Ecological, Versatile, And Healthy!

Cast iron pans are the most versatile you can find in your kitchen. You can cook almost any food, which will have the real taste of home cooking. Absurdly, then, there could be only pots and pans in cast iron in your kitchen.

With this book in your hands, you will have not only a simple cookbook but a Real Guide to the use of cast iron pans. Inside this valuable guide, you will discover:

A Detailed Introduction that describes the pan, its benefits, the first use, maintenance, washing instructions, tricks for excellent management, environmental impact, etc.
The Best Easy And Tasty Recipes with a cast-iron pan with easily available ingredients for beginners.
All The Recipes Are Divided Into Helpful Categories: bread and crepes, egg, red meat, poultry, fish and seafood, sweet cakes, etc.
The Combination Of Recipes Can Cover 1001+ Days to help you organize your meals for weeks and weeks… & Much More!