There is chocolate and candy in my baby bassets rooms. Unguarded. They won’t be home for hours. There is so much candy I am not even sure they would notice if hubby and I did a little inspection of the candy. I am not really known for my self control. This just won’t end well for Mr. Chocolate bunny. 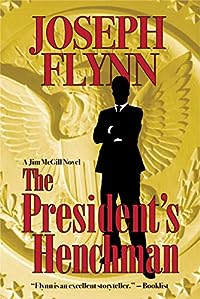 How did former Chicago cop Jim McGill become the first P.I. to live in the White House? He married Patricia Darden Grant the first woman to become a U.S. President… not long after he solved the murder of her first husband.

Winning an election was one thing. Finding work after moving to Washington was another. McGill decided to be his own boss and took out a private investigator’s license. That wasn’t a politically correct occupation, but then McGill refused to allow himself to be addressed as the First Gentleman.

He nicknamed himself The President’s Henchman.

McGill’s first case is to find out who is stalking a woman in the White House press corps. Then his wife asks him to be a shadow advisor to a young Air Force investigator looking into a he-said-she-said charge of adultery leveled against a female colonel working at the Pentagon. Both cases have the potential to become politically explosive. 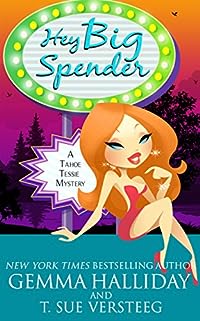 When Tessie King inherited the Royal Palace Hotel, Lake Tahoe’s biggest resort, she inherited a cranky board of directors along with it. A board that is demanding higher revenues, or Tessie’s out. Faced with the possibility of losing her father’s legacy, Tessie turns to her staff to help her come up with a plan: film the season finale of Battle Buffet, the hottest cooking competition show on TV, at the resort. It’s a scheme sure to bring in the big bucks!

But it also brings big trouble. When one of the casino’s wealthiest clients is found dead on the gaming floor, and the killer comes up incognito on the security footage, everyone is a suspect — from the television crew to the blue haired retirees at the slots. Tessie teams up with her stepmother-turned-BFF and a hot snowboarding champ in a race against the clock to repair the casino’s reputation, dodge mob accusations from the enticing FBI agent on the case, and track down a killer before any more of her big spenders end up sleeping with the fishes. 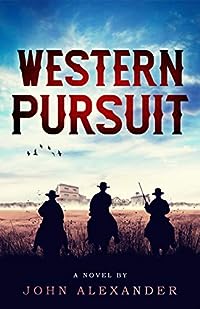 Western Pursuit: A Coming of Age Western
by John Alexander

What if a gunslinger killed your unarmed father and you had to catch him, but you have a gimpy left leg, you’ve never been ten miles from home, and you’ve never shot a pistol?

Eighteen-year-old Zeke Halstead has lived a quiet life growing up on the family farm with his widower father and his Uncle Billy. The three go into town for dinner like they do every Saturday night.

Only, this Saturday night is different. A stranger has drifted into town at the same time: an ornery-looking cuss with a six-gun holstered low on his right hip, a need for whiskey and no use for manners. Easily riled, he kills Zeke’s unarmed father and flees with his partner.

The next day, U.S. Marshal Henry McNichol, who is Zeke’s grandfather and Uncle Billy’s father, comes to town for the funeral. At dinner later, Marshal McNichol announces that the three of them are going after the killer.

Heartbroken over witnessing his father’s murder, Zeke collects his things and joins the grandfather he barely knows, and Uncle Billy, who seems none too pleased to see his father again.

After learning of a horrific incident that happened to his grandfather and his uncle when Billy was a young boy, and that they haven’t spoken in over ten years, Zeke comes to realize there’s near enough hate between his two relatives as they have for the killer.

Ride along with Zeke, Uncle Billy, and Grandpa as they pursue the killer west across 1871 Kansas. Be with Zeke when he meets Wild Bill Hickok, gets separated from his relatives and encounters a conniving saloon gal, thieving cowboys, hostile Cheyenne, a pretty farm girl, the vast Kansas Plains, the gunfighter who killed his father… and torture and death.

The end of this harrowing journey comes at a great price. Read Western Pursuit and join the adventure. 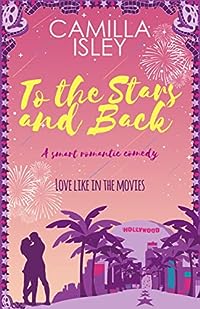 To the Stars and Back: A Smart Romantic Comedy (First Comes Love Book 4)
by Camilla Isley

A STEMinist, standalone romcom perfect for fans of Ali Hazelwood!

When Hollywood’s sexiest bachelor meets the girl next door their relationship doesn’t follow the script…
On-screen, Christian Slade is America’s favorite heartthrob. Off-screen, letting romance into his life isn’t as easy. The women he dates all seem to want a piece of his glamorous life rather than his heart, and trust doesn’t come easy for him.
Then along comes Lana. A beautiful rocket scientist who’s also sweet, smart, sexy, and has absolutely no idea who he is. But what will happen when she finds out?
Will their worlds prove too far apart or could love really be like in the movies?

First Comes Love is a series of interconnected romantic novels. However, each book in the series can be read as a standalone. 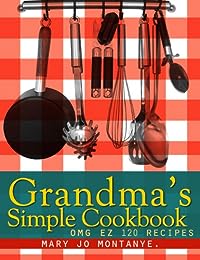 Discover How Grandma Kept It Simple Using These EZ Recipes & Basic Ingredients Found In Every Kitchen!

Grandma’s Simple Cookbook delivers 120 easy to follow recipes from a generation raised to value time spent in the kitchen with friends and family.

Pass on the legacy, equip the next generation with the key to the kitchen. Encourage restoration of JOY in the kitchen with these EZ Recipes!