If you like psychological detective stories with a touch of humour and romance, then you will love The Sam Smith Mystery Series by Hannah Howe. Grab your copy TODAY! 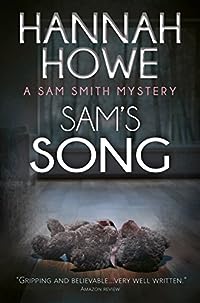 An audio book of Sam’s Song, narrated by Suzan Lynn Lorraine, is now available from Amazon, Audible and iTunes.

The Devil and Ms Devlin: A Sam Smith Mystery
by Hannah Howe

In her heyday, the critics regarded Dana Devlin as the most beautiful actress in movies. They also regarded her as shallow, lacking emotion. That was strange because Dana Devlin’s life had been a rollercoaster of emotions, with divorces and nervous breakdowns to the fore. And now she was making a comeback, in a gothic romance, Demon Seed.

Everyone’s a critic, it seems, because someone didn’t like the sound of Demon Seed, and they voiced their disapproval through a series of death threats. However, the death threats were covered in hearts, flowers and angels. What was going on?

Demetrios Angelopoulos, Dana’s lover, and the producer of Demon Seed, asked me to investigate the death threats. Meanwhile, I recruited Faye, Mac and Blake to ensure that Ms Devlin came to no harm.

As the cameras rolled, I opened a can of worms, which led to the spilling of secrets and murder. And Dana Devlin? She was about to play her greatest role, a role that would reshape her life.

Aged twenty-one, Rosanna Mee was housebound, severely agoraphobic. Yet, when Faye and I arrived at her flat to deliver legal papers we could not find her. She’d disappeared. How could a woman who had not travelled from her home in three years simply disappear? That was the first in a series of questions that led us into the world of bodybuilding, fraud and murder.

Meanwhile, the kaleidoscope of my life continued to change. As the picture settled I discovered that I was saying goodbye to a friend, hello to a new office and facing a development that would totally transform my personal life. 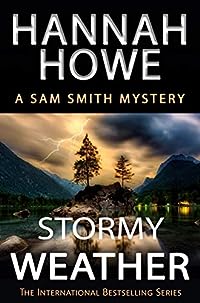 Pregnant in a pandemic. My life is never dull. While Alan and I set about the pleasant task of selecting a name for our baby, Faye interviewed candidates for the role of maternity leave assistant.

Our plans were going well until a friend was murdered. The evidence pointed to a hitman, a professional killing. A further murder underlined the fact that the stakes were high, that someone had a secret to hide.

Who was behind the murders? And what was the secret they were desperate to hide?

Stormy Weather, an investigation that threatened my life, and my baby’s, a case that revealed that greedy men are prepared to kill anyone and anything, including our planet. 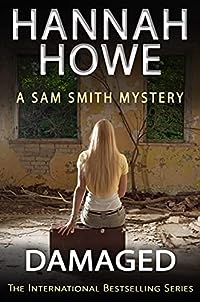 Eight and a half months pregnant. My detective agency was in good hands, Faye and Tamara’s hands, so time to put my feet up and await the Big Day. However, Gabe, my private eye friend from Boston, had other ideas.

Hired by Alexander Carmichael III the current head of a powerful Boston dynasty, Gabe was on the trail of Chelsea, Carmichael’s runway daughter. That trail led to Wales – hence my involvement – then on to the South of France.

Amongst the glitz and glamour of the South of France events took a murderous turn – someone was making and detonating bombs, and that someone had developed a close association with Chelsea.

We found ourselves in a race against time, to prevent an explosion and the loss of many innocent lives, and to return home to deliver my baby.