The Tom Rollins Thriller series by Paul Heatley are riveting and enthralling novels that are action-packed from start to finish. These intense and emotionally-charged plots with endlessly twisty narratives are perfect for fans of Lee Child, Jason Kasper & David Archer. Enjoy!

He’s quiet, ordinary looking. But if you cross him – welcome to your worst nightmare.

Tom Rollins has gone AWOL from his CIA black-ops unit and is living off-grid when he hears that the woman he loves, Alejandra, has been murdered by a person or persons unknown.

Rollins is determined to punish her killers and sets out on his own personal search and destroy mission. Applying pressure as only he knows how, he quickly discovers who was behind the killing – a vicious gang of hardened criminals.

Using his dizzying array of lethal skills, Rollins begins to take out the leaders of the gang, one by one. But then he discovers that Alejandra’s murder was part of a larger conspiracy, one that threatens death and destruction on a horrifying scale.

The conspirators are clever and ruthless. They’ve thought of everything, covered every angle. Except one – Tom Rollins. 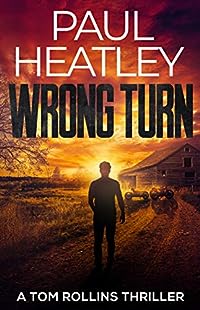 A lost town controlled by a ruthless family. Now one man stands against them.

Fugitive ex-special forces operative, Tom Rollins, is en route to Mexico when he is forced to detour into the small town of Brenton, Texas, a place whose glory days are far behind it. A powerful criminal family, the McQuades, runs things now and they don’t take kindly to strangers.

When some of their thugs try to intimidate Tom, he pushes back – hard. The McQuades can’t stand for that – they have Tom beaten, arrested, thrown in jail.

If that was all they did, he’d probably let it slide, just leave town. But tough guy Earl McQuade makes a fatal mistake – he steals a pendant from Tom, a piece of jewellery given to him by the woman he loved.

Tom wants that pendant back and he’ll do whatever it takes to get it.

The McQuades have powerful allies – corrupt politicians and law enforcement, a lethal biker gang, a small army of foot soldiers. They’re not worried about Tom – one guy against all of us, what can he do?
They’re about to find out. 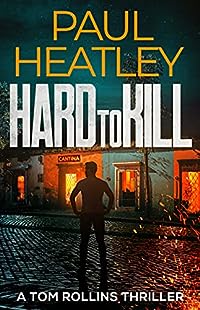 One man can’t start a war. But he can end it.

Laying low in Mexico, Tom meets Carmen who is searching for her little sister Rosa, recently abducted and trafficked by a vicious gang. Tom sees that Carmen is likely to get herself killed and decides he is duty bound to help her.

The hunt for Rosa pits them against a terrifying Mexican cartel and ultimately leads them back to the US and a criminal conspiracy to open a vast stretch of the border for the trafficking of guns, drugs and women.

The cartel leaders stand to make billions, but Tom’s relentless one-man campaign is making them nervous, so they bring in some elite talent to solve the problem. Meanwhile, Tom’s old enemies in law enforcement realise he’s back in the US and send a hit team to finish him off.

Caught between cartel sicarios and ex-military assassins, Tom will need every one of his formidable skills if he is to survive his deadliest adventure…
Hard to Kill – book 3 of the superb Tom Rollins action thriller series. Perfect for fans of Lee Child, Jason Kasper & David Archer. 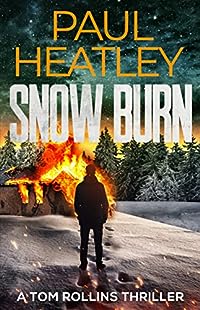 Former black ops specialist Tom Rollins has spent the last six months living in the wilds of Alaska. He’s enjoying the isolation, but his peaceful life comes to an end when he rescues a stranger, Roger Noakes, from two hitmen.

Turns out Roger is a crooked accountant who works for the Russian mafia. Some of their money has gone missing and Roger is the number one suspect.

And now that Tom has rescued Roger, mafia boss Yuri lets it be known that he is on their hit list too. Tom isn’t worried about himself, but he is afraid the mob might try to get to him through people he cares about.

And so he is dragged into a fight he never wanted against a formidable organization which is plotting to blow up the Trans-Alaska Pipeline, causing an ecological disaster in the wilderness he has come to love.

With the threat of large-scale devastation looming, and Yuri’s half-mad henchman Fedorov in hot pursuit, keeping his friends safe and alive will require every one of Tom’s lethal skills.