The Twinborn Chronicles by J.S. Morin

For fans of epic fantasy who aren’t looking to start another unfinished series, the Twinborn Chronicles by J.S. Morin provides multiple new worlds to explore and all the closure you’ve long been denied. Pick up your copy TODAY! 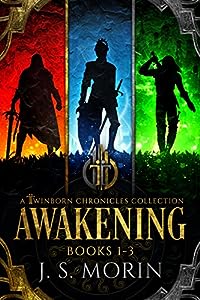 Caught in plots between two worlds, his only hope is to awaken the link between them.

Kyrus had lived a quiet life as a scribe until his dreams begin seeping into his waking life. Fanciful tales of magic and battle turn out to be real. In his sleep, he witnesses the adventures of his twin. Kyrus is swept up in the intrigues of those who already know of this connection between worlds.

As his knowledge of the two worlds grows, so does his entanglement in the intrigues between them. Kyrus discovers friends, lovers, and adversaries among the twinborn. His knowledge of magic grows until he becomes a valuable pawn for masterminds of plots that threaten empires.

Kyrus must learn a deadly game against opponents who already know the rules. He must join forces with his twin to combat threats in both worlds. One misstep or misplaced trust and Kyrus could find himself dying… twice.

Twinborn Chronicles: Awakening is a three-book collection chronicling the adventures of heroes who alter two worlds.

Humanity needs a savior. But a rivalry between two tinkers threatens to destroy the world they’re trying to free.

Cadmus Errol is the greatest inventor that Tellurak has ever known. His clockwork graces the spires of cities across the world. Yet in another, darker world, he lives the life of a slave. There, humanity is held underfoot, bound in service to the victors of a war fought untold generations ago. It will take all the wits and resources of the best that humanity can muster to break that hold. Can Cadmus Errol, the Mad Tinker, be the one to free them all? Or will his daughter take a shortcut through dangerous science to wipe out humanities oppressors?

The Twinborn Chronicles: War of 3 Worlds is an epic fantasy series with multiple point of view characters. If you love steampunk gadgetry, heroes who get their hands dirty, and a DIY heroine, this series is for you!

Pick up your copy of the second full collection, and discover an ally you never knew you had. 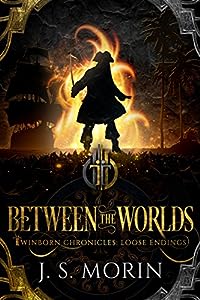 Between the Worlds: A Collection of Eight Twinborn Stories (Twinborn Chronicles)
by J.S. Morin

Gamblers and goblins. Dragons and duels. Scoundrels of every make and description.

Dive back into the worlds of the best-selling Twinborn Trilogy with this collection of eight short stories — including three exclusive, never-before-published works. J.S. Morin peels back the larger twinborn story to reveal the smaller tales concealed beneath.

Gamble with pirates in Crackle Man. Curry favor with a living god in To Serve a Dragon. Join the hunt for ogres in War-Bringer. For some characters, this is their beginning. For others, this is the end. But for a fortunate few, their adventures continue on in the Twinborn Chronicles: War of 3 Worlds. 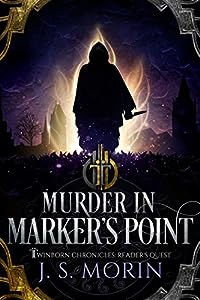 Have you already read the Twinborn Chronicles? Feel like you have a pretty good handle on what it means to be Twinborn? Think you could survive a world where hidden enemies lurk around every corner?

Why not try your hand at this choose-your-own-adventure-style Twinborn “Reader’s Quest”. See how many of the 19 possible endings you can find. (Hint: you can survive 7 of them)

A knock on the door. A fading dream of conspiracy and murder. Only two ways out: choose one.

You wake to discover that your brother has been murdered, men are fleeing the scene, and the authorities are knocking at your door! You’ll need to call upon everything you know about being Twinborn to solve the murder, and stay alive.