There Must Be A System

I have been working hard in the garden to attract birds, bugs, and all sorts of wildlife. Something occurred to me that might be an issue. What if I attract gnomes or elves? OH MAN! We all know what trouble gnomes and elves bring in. They are often partying and causing mischief. We have all seen the crazy antics gnomes get into. PLEASE!!! That is horrible. I shouldn’t judge gnomes and elves. So if they do move in, do I need to worry about utilities such as electricity and fresh running water? SEPTIC??? I have no clue. I assume you wouldn’t charge rent since they are part of nature. This is getting pretty complicated.

DON’T MESS WITH THE MOB… UNLESS YOU’RE DEUCE MORA

“Deuce… finds dead-ends and danger at every turn. Part journalism procedural, part character study, THE SOMEDAY FILE is a humdinger of a mystery, the first of a welcome new series.” — Paul Levine, author of Bum Rap

Deuce Mora’s one tough cookie–a female sleuth with a conscience and an attitude–fiery, tough, athletic, a dirty fighter when she has to be. In two-time Pulitzer Prize finalist Jean Heller’s first mystery featuring the scrappy newspaper columnist, Deuce finds out in short order that if you mess with organized crime, you have to be tough — and you’d better be as much detective as reporter. When she walks into a seedy neighborhood bar in a suburb of Chicago–all six feet of her, topped with auburn curls — she’s searching for a human-interest story. What she finds is Vinnie Colangelo, an aging mobster living on bad beer, cheap bourbon and regret for the life he wasted.

Vinnie hints at secrets much bigger than his rap sheet should entitle him to, and Deuce immediately discovers that somebody’s willing to kill to keep those secrets buried. She uncovers a series of crimes committed over nearly six decades, and, as her human interest story morphs into a hard-boiled, action-packed mystery, she finds herself dead center in a storm of threats and reprisals from the mob.

It’s not enough that the mob’s after her, and corrupt government is concealing the evidence that would explain why; even her own editors, frightened of lawsuits and losing subscribers, want her off the story.

Fortunately, she has many allies: a network of loyal co-workers and contacts, even an ardent new admirer. But which ones can she trust? At least one of them, she suspects, is hiding a secret– corruption? Murder? The veteran reporter knows: if you’re talking Chicago crime scene — it’s probably both.

Though attacked in her home, stalked, and shot at, Deuce doggedly batters the well-oiled machinery of terror that has kept the secret buried so long. Heller meticulously builds her heroine’s investigation, as the evidence–and the danger–converge in a white-knuckling confrontation. 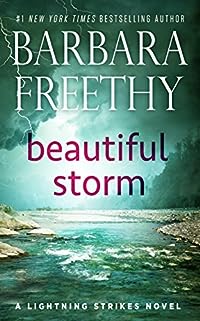 In these connected novels, lightning leads to love, danger, and the unraveling of long-buried secrets that will change not only the past but also the future… From #1 NY Times Bestselling Author Barbara Freethy comes the first book in a new romantic suspense trilogy: Lightning Strikes.

When her father’s plane mysteriously disappeared in the middle of an electrical storm, Alicia Monroe became obsessed with lightning. Now a news photographer in Miami, Alicia covers local stories by day and chases storms at night. In a flash of lightning, she sees what appears to be a murder, but when she gets to the scene, there is no body, only a military tag belonging to Liliana Valdez, a woman who has been missing for two months.

While the police use the tag to jump-start their stalled investigation, Alicia sets off on her own to find the missing woman. Her search takes her into the heart of Miami’s Cuban-American community, where she meets the attractive but brooding Michael Cordero, who has his own demons to vanquish.

Soon Alicia and Michael are not just trying to save Liliana’s life but also their own, as someone will do anything to protect a dark secret… 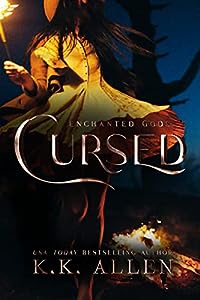 USA Today Bestselling Author, K.K. Allen, takes readers on a deeply romantic and extraordinarily suspenseful adventure in a contemporary fantasy series based on a young woman learning the true nature of her bloodline and the enchanting world that awaits her.

Katrina Summer knows she’s different. Her fiery temper seems to perpetually land her in hot water, making her an outcast among her peers. When tragedy strikes and she’s sent to live with her only remaining family in the tiny coastal town of Apollo Beach, Katrina starts counting down the days until her eighteenth birthday.

Only then will she finally be free.

As Katrina learns the legends of her Ancient Greek ancestors, secrets from her heritage are exposed — secrets that her mother purposefully concealed. Her only solace is found in Alec Stone, the gorgeous guy next door. With his devastatingly charming smile, his persistent flirtation, and a love that sparks from the flames of friendship, he offers her a much-needed escape from the turmoil.

If only she wasn’t cursed.

As powerful forces threaten the lives in Apollo Beach, Katrina can’t escape the evocative world of mythological enchantment and evil prophecies that lurk around every corner.

CURSED is Book 1 in the all-new ENCHANTED GODS series. Readers beware, the steam level increases with each book in this trilogy.

Bloodshed and Crime in the West: A Historical Western Adventure Book
by Ethan Westfield

Deputy Travis Conway is a lionhearted man who has enjoyed a peaceful life in Phoenix, in the heart of the Arizona territory. Despite his young age and inexperience, his ability with a gun is unmatched. No one could have prepared him, though, for the shocking death of the town’s mayor under mysterious circumstances. The suspicious signs of a possible murder, rather than an inevitable accident, make him determined to use all of his skills and unravel the enigma of the terrible crime. Little does he know that the main suspects have been right before his eyes all along… What is he willing to risk in order to protect the town from atrocity and corruption?

Rumors about the mayor’s murder spread in town like wildfire and Travis’s investigation leads him down an unexpected and dangerous path. After a peculiar turn of events, he will start to suspect the sheriff, as he seems too eager to cover up the whole affair and run for the empty mayoral office. As if things weren’t complicated enough, the sheriff’s daughter, Dora Lund, is willing to join forces with Travis for the greater good of the town. Will their investigation destroy her trust in her father just as it destroyed Travis’s trust in the sheriff?

Even though Travis and Dora meet under the worst variety of circumstances, they find encouragement in the strong feelings that grow between them. However, as long as the murderer is still out there, they cannot let themselves have a chance at love. Will Travis and Dora capture one of the most wanted criminals in the history of Phoenix? Or will forces of corruption overtake them at long last? 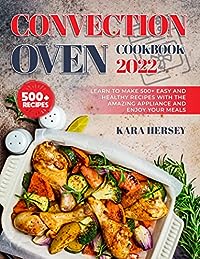 CONVECTION OVEN COOKBOOK: Learn to Make 500+ Easy and Healthy Recipes With the amazing Appliance and Enjoy Your Meals.
by Kara Hersey

If the reply to any of these queries is yes, congratulations, you have arrived at the right destination. This is the book where you can discover entirely about convection oven and a whole new planet of recipes gathered with a lot of hard work and consideration to meet your needs so you can bake whenever and whatever you like in your convection oven using this cookbook. Nutrition facts are also stated, along with recipes to meet your health needs.

Let’s get a precise look at what you will find in this book:

• Introduction and detail on what actually is a convection oven.

• Settings of a convection oven and how you can utilize them.

• Tools that are essential to make recipes mentioned in this book.

• Why you should get your hands on a convection oven instead of normal ones.

• 30 minutes recipes for the convection oven to save your time when in a hurry.

• 5 ingredients recipes for the convection oven.

So why are you holding back yourself? Buy this cookbook and start your adventures with your convection oven.

Don’t waste time looking for recipes across different books when, in just one book, you can have in your hands 400+ tasty recipes.

Just do one last thing scroll up and click on the buy option. You are just one step elsewhere from building your kingdom with a convection oven.