House Beside the River by David Burnett 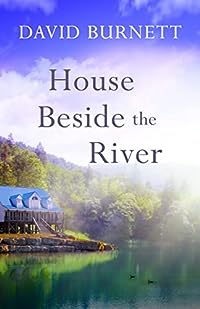 House Beside the River
by David Burnett

Running from vile rumors and merciless ridicule, thirteen-year-old Nicole Beaumont flees her home in Parsons Valley, Georgia. She leaves Chris behind, the boy who had been her best-friend-for-life, her soul mate, the one with whom she was supposed to spend her life, and she takes refuge at a boarding school in rural Pennsylvania.

In the farming community in which she lived, almost any transgression could be tolerated, excused, or overlooked. Any transgression, save one that smacked of sex, and, according to rumor, that was exactly what she and Chris had done while lying on the bank of Parsons Pond. It was a lie, the worst part at any rate, but Chris? ? refused to deny the rumor. Never again, Nicole vows, will she trust another person as she had trusted Chris.

Such vows can be difficult to keep, but Nicole perseveres.

Then, she meets Richard. He seems different from the others. He accepts Nicole as she is. He keeps her secrets. When others doubt her, he stands in her defense. Nevertheless, even as they fall in love, the full story of what happened at Parsons Pond remains off-limits to him, and her memories of Chris, which tempt her, tugging her into the past, threaten to betray her,

Chris re-enters her life in a most unexpected way, and Nicole finds herself emmeshed in a deadly game that pits Chris, the boy she once loved, against Richard, the man who loves her, now, a game from which only one will emerge unscathed. Nicole faces an impossible decision.Which will she choose? Who will live?