Just A Day To Be

I would certainly be surprised if most of you weren’t sick of my Monarch Butterfly updates. Don’t worry everyone, it is almost over. Today ten of them will emerge from their chrysalis. Which will leave us with only four after that. The last four look like they will emerge a day or two later. I have to go out for a few hours and I am afraid I will miss watching ten emerge. Thankfully hubby will be here and he promised he would take lots of pictures for me. The five that came out yesterday, that I put in the habitat, will be released today as well. I wanted them to be released all at once so I can watch them all dance around in the yard. Let’s be real… they are going to make a run for it out of my yard as soon as they can. Just like those lady bugs I buy each year. That’s fine. The real success will be if any return and lay eggs. Check my other blog Pollen Patch (click here) for any updates. 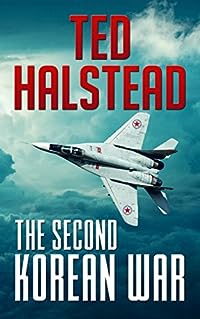 Two Russian agents discover a missing nuclear weapon was hidden in an American city by North Korea. Another nuclear weapon nears Seoul in a tunnel built by North Koreans. And North Korea’s new military dictator launches an all-out invasion. Will Seoul or Pyongyang be the new capital of a united Korea? “This book was like Tom Clancy reincarnated. Ted Halstead really knows how to write a thriller. Can’t wait for more!” 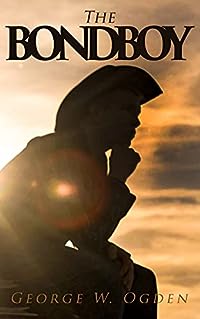 The Bondboy
by George W. Ogden

The Bondboy is a western novel by George W. Ogden. Ogden was a prolific author of western novels. He often used to do original research for his books and settings.
Excerpt:
“Sarah Newbolt enjoyed in her saturnine, brooding way the warmth of April sunshine and the stirring greenery of awakening life now beginning to soften the brown austerity of the dead winter earth. Beside her kitchen wall the pink cones of rhubarb were showing, and the fat buds of the lilacs, which clustered coppice like in her dooryard, were ready to unlock and flare forth leaves. On the porch with its southern exposure she sat in her low, splint-bottomed rocker, leaning forward, her elbows on her knees. The sun tickled her shoulders through her linsey dress, and pictured her, grotesquely foreshortened, upon the nail-drawn, warped, and beaten floor. Her hands, nursing her cheeks, chin pivoted in their palms, were large and toil-distorted, great-jointed like a man’s, and all the feminine softness with which nature had endowed her seemed to have been overcome by the masculine cast of frame and face which the hardships of her life had developed… ” 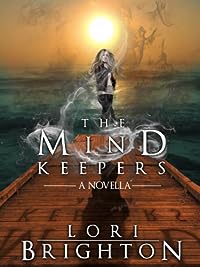 The Mind Keepers (The Mind Readers Book 4)
by Lori Brighton

Check out the exciting conclusion to the Mind Readers series!

It’s been months since everything familiar in Nora’s life vanished into the unforgiving waters off the Savannah coast, leaving her with nothing but her powers of mind reading. Although she’s lost her mother and her home, Nora has managed to move on, thanks in part to her sister Cameron, the only family she has left. Perhaps someday she can forget the pain she has endured… if only the past would stop haunting her.

Before she can truly move on and accept the relative normalcy of her new life, there are a few things she has to uncover. What happened to Maddox, the one guy to betray her trust and stomp on her heart? Did he escape S.P.I.’s clutches, or is he being held a prisoner as Cameron believes? But Maddox is the least of her worries when someone starts stalking Nora’s every move… a woman who looks eerily like her dead mother. For Nora, time is running out. In the end, she must learn to trust not only in herself, but also her dangerous new powers before it’s too late to save the only guy she’s ever loved. 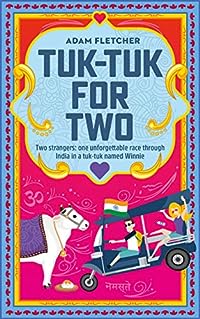 Tuk-Tuk for Two: Escape to India with two strangers, in the unforgettable race of a lifetime. (Weird Travel Book 3)
by Adam Fletcher

About racing a tuk-tuk one thousand kilometres through India with a woman I’d just met?

No, I wasn’t serious.

“There’s a fifty percent chance we’ll die. And the flight’s in two days. But if you want to, okay… ”

It was not a reasonable offer. But then she wasn’t a reasonable woman. She was certainly unreasonably attractive. I tried not to let that sway me, which was like a hammock deciding a tornado wouldn’t sway it.

And driving terrified me; I hadn’t done it in a decade. But if I could drive in India, I could drive anywhere. If I drive a tuk-tuk, I could drive anything. And if I said yes, I’d get to spend ten days with her. Would that be enough time to find out who she was, what she wanted, and then convince her to abandon that and want me instead?

There was only one way to find out…

The books in the Weird Travel series can be read in any order. 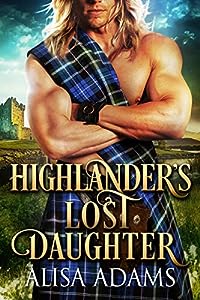 Society has rules. He has but one. Love.

Tavia is the adopted child of an apothecary and former priest. Besides loving her, Tavia’s father passed on to her his medical skills and also taught her French and Latin, giving her a better education than most men of her time.

Blair is the son of the Laird and a handsome man that every single woman in the village desires. He is respected by his tenants and he is a capable man, always wiling to help and protect them.

When Blair has an accident close to Tavia’s house, she uses her medical skills to heal his wounds. Blair finds in her beautiful eyes a unique woman that can give meaning to his life.

He can not accept that he won’t see her again after this meeting, so he asks Tavia to give him French lessons. Tavia accepts and that only makes the heat between them grow… They both know though, that Tavia is a peasant girl, and marrying her is forbidden by society’s rules.

But Blair wants to defy all of them!

Determined to find a solution he will start discovering clues about Tavia’s real parents and her past, making things take a turn none of them could ever imagine.

Cooking with fewer ingredients is not just a modern trend; it has somehow become a modern necessity for people who want to prepare healthy home-cooked meals. After all, nobody wants to come home after a tiring day and have to assemble endless ingredients before they even start cooking.

This collection includes only simple, delicious, and healthy recipes for everyday meals from breakfast to dessert.

This cookbook provides an exclusive collection of healthy cast-iron skillet recipes with just 5 ingredients. Explore a wide range of recipes, all easy to follow and suitable for both the beginner and the seasoned cooks. Save time and energy and prepare delicious meals your family and friends will love.

Inside this cookbook, you’ll find:

A short history of cast iron cookware
Everything you need to know when cooking with cast iron including the health benefits of cooking with cast iron, seasoning your cast iron skillets, tips to care for your cast iron cookware and many cast iron cooking tips.
Traditional breakfast recipes such as the Breakfast Scramble and the Farm House Breakfast.
Awesome appetizer and side recipes such as the Mustard Beer Shrimp Appetizer, the Parmesan Brussels Sprouts, and the Bean Stuffed Peppers.
Wholesome chicken and poultry recipes like the Lemon Asparagus Chicken, the Classic Garlic Chicken, and the Turkey Pot Pie.
Bountiful pork, beef, lamb and veal recipes such as the Pineapple Pork Tenderloin, the Best Beef Sliders, the Lime Caper Veal Fillets, the Garlic Lemon Lamb Chops, and the Mushroom Beef Stroganoff.
Satisfying fish and seafood recipes such as the Simple Peppercorn Lemon Salmon, Soy Glazed Cod Fillets, The Almond Crust Tilapia, and the Pineapple Shrimp Stir Fry.
Tasty vegetarian recipes like the Wholesome Spinach Zucchini Noodles, the Garlic Asparagus Sauté, and the Quinoa Peas Meal.
Luscious dessert recipes such as the Lemon Poppy Seed Dump Cake and the Maple Vanilla Custard.

All recipes come with a detailed list of ingredients, cooking and preparation times, number of servings, easy to follow step-by-step instructions, and nutrition facts per serving.