V.R. Christensen writes classically inspired romantic historical fiction and steampunk dystopian novels of depth and sensitivity. V.R.’s historical romances have been multiple-time bestsellers and have been compared to Jane Austen and Charles Dickens (a literary lovechild, perhaps?) V.R. is half English and resides in the United States, though she spends a majority of her time immersed in late-Victorian classic literature and costume dramas. Her work has been described as “masterful for its genre” and “gorgeous”—“like a river flowing through a beautiful landscape that is sometimes light, sometimes dark and threatening.” 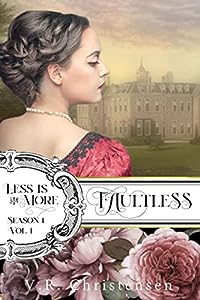 Faultless: Less is More: “Season One”, Volume One
by V.R. Christensen

***Inspired by the short story Blessed Offense (found in Parade)
Season One: The Reluctant Ones
Volume One: Faultless

Caroline Wallace is a woman who never forgets a wrong, particularly when it is committed by Lynford Townsend, her sister’s fiance’. Is Caro really the heartless woman people believe her to be? Or has she a reason for maintaining her grudges? Perhaps, after all, a little humility and forgiveness are what Caro needs to find the love that has been right in front of her all along. 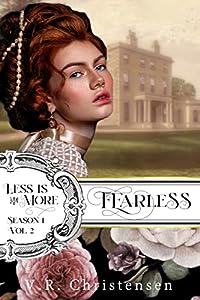 Season One: The Reluctant Ones
Volume Two: Fearless

Charlotte Darling is an unaccomplished, talentless girl of meager prospects with a shrewish temperament that will make it almost impossible for her to marry. Such is the opinion of Mr. Blakeney, the heir apparent of Charlotte’s childhood home. The estate of Blithewell, upon her father’s death, will pass to Mr. Darling’s nephew by his first marriage — a “cousin” of sorts. It is Mr. Blakeney’s intention to see that Charlotte is married and off his hands at the earliest possible convenience. Charlotte has other ideas. Love is not among them, but when Mr. Blakeney’s half-brother arrives, she is forced to reconsider everything she previously considered non-negotiable, including leaving her beloved Blithewell. 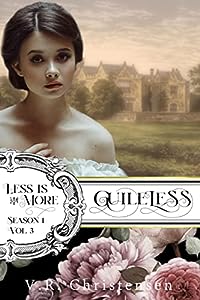 Antonia Gibson has been educated in the manner of most young women of the 19th century — to be good, obedient wives and not much else. When Antonia’s family takes the time to notice her, they only see what they expect: a silly, trivial girl, unpossessed of a mind of her own. These qualities are what keep her silent when her father and equally overbearing brothers contrive to manipulate her into an engagement with a gentleman for whom she can summon no sufficiently warm feelings. Meanwhile, brother Tom, having been expelled from Cambridge, has hired Mr. Gregory Hale, a young lawyer striving to help Tom in his efforts to contest the accusations laid against him and salvage his character. It is this stranger to the family who discovers that Antonia is not entirely incapable of intelligent thought and helps her feel truly seen for the first time in her life. He encourages Antonia to fight for her own happiness, but at what cost? Mr. Hale, after all, is no stranger to scandal, for a dark history looms behind his otherwise charming demeanor and threatens to destroy the happiness of all with whom he comes in contact — perhaps none more so than Antonia herself. 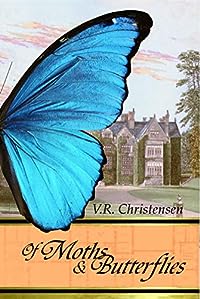 Of Moths and Butterflies: Book one in the Metamorphoses series
by V.R. Christensen, B. Lloyd

Imogen Everard has lived much of her life under the care of her uncle, an abusive money lender. His death may mean her freedom from him and the taint associated with the name they share. But her uncle, in his final act, does the unimaginable and leaves her with the burden of his estate and a large fortune, subjecting her to the vultures who will descend, and to the speculations of a gossip-hungry society.

In order to escape the avaricious designs of her family and those who would use her, she runs away, seeking refuge in a small, out-of-the-way village in Kent. Here, as a maid in a large country house, she gets her first taste of independence, a glimpse of that happiness she has so long yearned for.

But when she is discovered, she is returned to her family and to the care of her aunts who assume guardianship over her. In an effort to get at her money before she should come of age, her marriage is arranged to a collector of rare and beautiful insects.

Disclaimer: This book addresses the repercussions of, and the ultimate transcendence over, sexual abuse and rape. While not graphic in nature, the subject matter may be triggering for some. 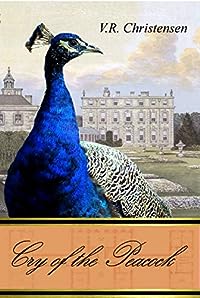 Cry of the Peacock: Book Two in the Metamorphoses series (stand-alone)
by V.R. Christensen, B. Lloyd

*A stand-alone companion to Of Moths and Butterflies.*

After the death of her father, Abbie Gray is offered a place within her wealthy landlord’s family. Such an opportunity, however, seems per-haps too good to be true, particularly since her own family’s feelings towards Sir Nicholas and Lady Crawford have always been tinged with resentment. But, at last having exhausted all other alternatives, Abbie accepts the invitation, deter-mined to make the most of this extraordinary opportunity.

While Abbie is being groomed according to the ideals of Society — and of the eldest son, heir to title and property — the younger brothers attempt to expose her as the mercenary they believe she must be. But when they discover that her mysterious past is disturbingly connected with their own, they are forced to ask themselves some very hard questions about the meaning of integrity and honor and, perhaps most importantly of all, what it means to be worthy of the title “gentleman.”