The Best Kind Of Shopping

I am so excited. I am off to do the best kind of shopping. VACATION SHOPPING! I get to buy treats and games to bring along on a 5 day camping trip that will be a welcome break from the regular day to day. Maybe even a fun fruity beverage I have never tried before. It is officially flip flop time!! 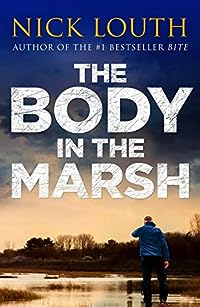 A woman goes missing – and for the detective, this time it’s personal.

Criminologist Martin Knight lives a gilded life. But then his wife Liz disappears. There is no good explanation and Martin goes on the run.

To make things worse, Liz is the ex-girlfriend of DCI Craig Gillard who finds himself drawn into the investigation.

Is this a missing-person case or something more sinister? How dark can the truth be?

Utterly gripping and full of twists, this is a compulsive thriller from master Nick Louth for fans of Robert Bryndza, Patricia Gibney and Carole Wyer. 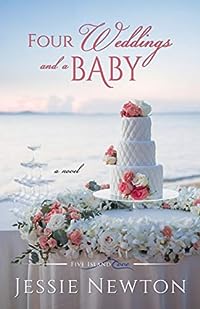 Four weddings and a baby are on their way to Five Island Cove!

Eloise has been waiting for her dream wedding for months. When the Cove Chronicles calls it “the wedding of the year” and literally the whole town is invited, she wants everything to be perfect.

Laurel Baker has just been promoted to detective in the narcotics unit, and her first case is one that’s gone unsolved for a year now. She’s desperate to find out who’s bringing drugs into the cove, but each clue she uncovers leads to one of the women she’s grown to love.

She has to juggle her friendship with Alice, who’s started a new relationship with her children’s guidance counselor. And Kelli, who finds herself with a new boyfriend… who happens to live right next door to her. Laurel doesn’t want to hurt AJ, who is off her pregnancy bed-rest now, but her new challenge is meeting her fiancé’s grown children-and the reception isn’t all rainbows and sunshine.

AJ’s determined to go through with the wedding, even if not everyone is thrilled it’s happening. Laurel can always rely on Robin, as she’s planning Laurel’s end-of-summer wedding.

But Robin’s busier than ever as she’s taken on dozens of clients to pay for her husband’s new fishing boat and Duke is off to Alaska again.

Kristen is usually there to pick up any pieces that fall, but this summer finds her moving into a new house for the first time in fifty years.

When Laurel finally uncovers the truth, fingers are pointed in every direction, friendships are threatened, and romantic relationships strained. And who will be the ones standing at the altar for that fourth wedding?

Join Alice, AJ, Kelli, Robin, Kristen, Eloise, and Laurel as they learn how strong they really are, and the great power they hold as women, and as friends, in any circumstance. 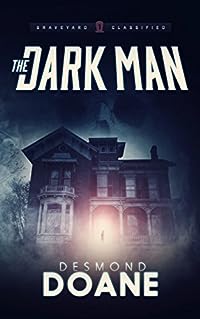 Ford Atticus Ford, former host of the hit ghost-hunting reality show Graveyard: Classified, has more than a few regrets — especially after young Chelsea Hopper was attacked by a demon… on live television.

Assisting police departments by conducting paranormal investigations and uncovering buried clues now provides Ford with an ounce of redemption, but it will never be enough. What occurred on that long-ago Halloween night was unforgivable, and Ford, chasing ratings and stardom, let it happen.

With Graveyard cancelled and his reputation destroyed, Ford sets out to avenge little Chelsea, and to save his own soul — if he can. 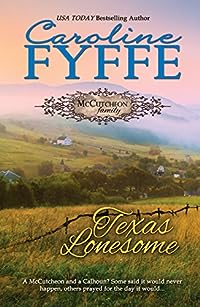 Rio Wells, Texas 1886
Dustin McCutcheon gets the surprise of his life when he comes face-to-face with Sidney Calhoun, the spitfire offspring of his father’s worst adversary. The whole of Texas knows that McCutcheons and Calhouns just don’t mix. Period. Yet Dustin is drawn to Sidney. The stirrings of attraction she brings out leave him with a serious decision to make. Break the hearts of his family — or break his own. Neither choice is palatable…
Texas Lonesome, book eight of the McCutcheon Family Saga, continues the story of the brave and passionate men and women of Y Knot, Montana, and Rio Wells, Texas, by USA TODAY Best-selling Author Caroline Fyffe. 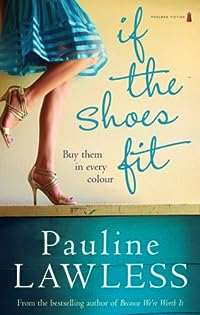 If The Shoes Fit
by Pauline Lawless

‘Calling All Shoe Addicts’, said the advertisement that triggered a response in four very different women, each at a difficult time of her life.

Niamh, at 23, the mother of a five-year-old and twin girls aged four, is desperate to have a home of her own. She longs to escape the house of her vicious mother-in-law but her charming, irresponsible husband and the mountain of debts they have makes this seem ever more unlikely.

Amber, former air stewardess whose husband Dermot left her for a younger woman, has lost all her confidence and is drowning her sorrows with alcohol.

Tessa, beautiful former model, paid the price for living life in the fast lane when she almost died from a heart attack. Her reliable friend, George, persuaded her to come and live with him in Ireland. She now realises that she’s made a dreadful mistake.

Rosie, recently widowed, can’t come to terms with the loss of the man she loved so much. Life without him doesn’t seem worth living.

All of them, needing a way out, find it with the Italian designer shoe company, ‘If The Shoes Fit’. This leads them to a new career, great friendships and a life-changing experience. 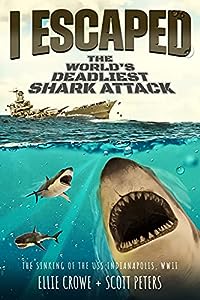 16-year-old Josh, a sailor and baseball fan, battles sharks and huge waves after a torpedo sinks the WWII USS Indianapolis.
The Survival Series that celebrates the awesome history of us.
From multi-award-winning Ellie Crowe and Scott Peters comes a wild escape adventure based on the true story of the world’s deadliest shark attack.

16-year-old Josh is thrilled to be a WW2 sailor aboard the mighty USS Indianapolis. But when a Japanese torpedo strikes in the middle of the night, it tears the battleship in half. As the ship sinks, Josh is plunged deep into the black ocean. In horror, he watches the US navy ship begin its death plunge, threatening to pull him down with it. Josh is no swimmer. He’s a baseball player from San Antonio, Texas. He’s way out of his element. Soon, the first hungry shark begins to circle. Josh is living his worst nightmare, but for how long? Can he stay alive with no lifeboat or food in shark infested waters? Every hour is a fight because if he gives up, he’ll never make it home. Can Josh survive the worst naval disaster in U.S. history?

This is the 3rd children’s book in the I Escaped Series about brave boys and girls who face real-world challenges and find ways to escape disaster. Follow these inspiring kids while they brainstorm, help others, and hone their problem-solving skills.

The short chapters make for easy wins, and Josh’s gripping situation keeps even reluctant readers turning pages just to find out what’s going to happen next. Great for kids book clubs and classrooms

Packed with a special section on facts about sharks, the World War 2 USS Indianapolis wreck, and more. Includes survivor quotes and photos. An adrenaline-charged, nonstop action adventure tale of values and courage.

Note: The first edition of this book included instances of mild language in the survivor quote section. This has been removed to ensure the best experience for all readers. 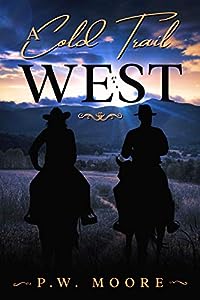 All Wade Farrow needed was to go home. Weary and sad from his time in the Union Army, he longed to hear his mother’s voice and taste her peach cobbler, and to help his Pa prepare the crops for the fall harvest. His only ambition was to see his family and get back to a normal life.

Bart Cordell had also served in the Civil War. These days, however, he and his two traveling companions spent their time looking for easy marks as they drifted their way west. When they happened upon the Farrow farm, Bart was downright delighted. Pickings couldn’t get any easier.

Until things quickly spiraled out of control. One dirty deed led to another, and soon the evil trio was headed west with one more traveling companion, a most unwilling one.

Heartbroken and bent on revenge, Wade sets out a longshot mission to discover what happened at the old homestead. No matter what obstacles stand in his way, Wade is determined to find the truth and bring those responsible to justice.

Ride along with Wade Farrow as he races against time and battles his way westward, seeking truth and revenge.