How do you learn to do something no one else has done? Find out for yourself in the incredible United Earth Series by  R.M. Almonte. 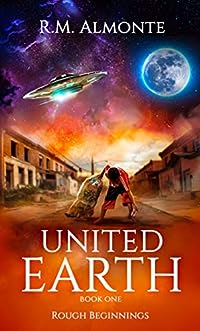 Rough Beginnings is 1st tale of United Earth. A young boy who loses his mother. A junkie father whose only emotion is numbness. Guided by some outside force. Stevie must learn his true inner power. Driven to follow his dream, Stevie must go beyond the norms of everyday society. How do you learn to do something no one else has done? 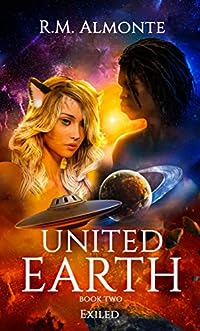 How do you do something no one else has done before?Exiled is 2nd tale of United Earth. Stevie’s dreams come true but they come at a cost. When Stevie and his crew lose everything they work so hard for. Sometimes new chapters, means to burn away the old ones. Now exiled from Earth they must rebuild. 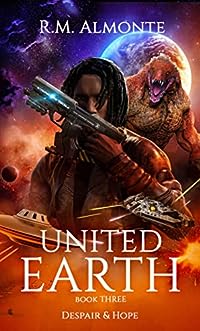 Despair & Hope is the third part in the United Earth series. With Stevie’s demise, the galaxy is on the brink of war. They have made many new friends but have also made a powerful enemy who will stop at nothing till they control the whole galaxy. When you are at your lowest point how do you find the courage and strength to fight for a brighter future?

Trevor is a Dominican American born and raised in New York City who has turned over a new leaf and set foot upon the road of spiritual growth. Determined to escape his past and sure that all of the answers are somewhere out there just beyond the next horizon, Trevor’s deepest wishes are seemingly granted when he follows a series of strange dreams bidding him to construct a unique apparatus. Soon Trevor is catapulted on a journey across space and time where new friends and adventures await in lands beyond his wildest imagination. Accompanied by a 4,000-year-old tree being named Sequoyah, Trevor explores the planet Vensra, learning many wondrous things. But will Trevor learn the greatest lesson of all when the road of adventure leads him within to face himself?