I woke up this morning and I am finally feeling mostly back to normal. Two days of being sick is quite a bother. My first act of being well again is to trim back a bunch of the plants in the front yard. The absolute last thing in the world I want to do is take it easy. It’s probably the wiser thing to do, but I have been either on the couch or in bed for two days straight and I just about lost my mind. All I could think about was what I was going to do once I was better. The list is long. There is a real good chance I am going to go through that entire list and exhaust myself. WORTH IT! 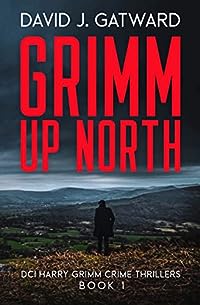 A young woman vanishes without a trace. Can an ex-soldier-turned-copper keep a mystery from becoming a tragedy?

Bristol, England. DCI Harry Grimm carries his horrific IED scars both inside and out. But when the ex-paratrooper’s obsession with tracking down his murderous father nearly throws an investigation, the dyed-in-the-wool city dweller is horrified to be reassigned to North Yorkshire’s rural backwater. Determined to escape his exile of parking tickets and lost lambs, he does his best to alienate the locals… until a teen disappears.

Well-acquainted with the ugly desires of human traffickers, Grimm fears the victim may have already met a gruesome end. So when he and his team make an awful discovery, his instinct for trouble tells him he’s stumbled across a special type of scum who could be hiding in plain sight.

Will the hard-nosed investigator nail his prey before the town mourns one of its own?

Grimm Up North is the gripping first book in the Harry Grimm crime fiction series. If you like driven but appealing heroes, British countryside settings, and a dollop of humor, then you’ll love David J. Gatward’s fish-out-of-water suspense. 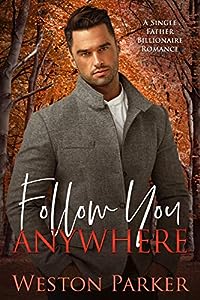 My new boss is so hot, it hurts. I needed a job, but working as this guy’s personal assistant is going to get me into trouble. I’ve never in my life given into a man the way I want to give into him. And the fact that he’s a single father scares me and draws me in deeper. Where most women are after his wallet, I find myself wanting so much more than I ever have before. But it’s highly inappropriate.

With the holidays approaching, I’m trying hard to focus on the good things in life, but something is missing in mine. Something I can’t deny any longer. A guy. One just like him. Swoony. Strong. Dominant. But am I enough to push through the baggage of his past? He’s good with lust, but love requires an act of trust. And that’s the one thing he can’t imagine doing again. Not until me. 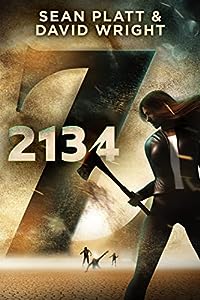 It’s 2134 in a dystopian America, one century after a series of zombie plagues first infected then obliterated much of the world’s population.

The survivors formed six walled Cities throughout the continent, all under the rule of a totalitarian government that enforces strict control over its populace.

You must obey your government.

You must be a good citizen.

You must be a productive citizen.

You must not break the law.

Or The City Watch will find you and arrest you.

Jonah Lovecraft, a former Watcher, was arrested for the murder of his wife. Like most criminals, he has one chance at freedom ? to participate in The Darwin Games, a televised survival show pitting two players from each city against one another in The Barrens, the uninhabited areas outside the City Walls.

He’ll also have to face another enemy ? the zombies still roaming The Barrens.

As he fights for his freedom against impossible odds, his daughter, Anastasia, stumbles into people who have information about her father ? information that will change her life forever.

While putting her in the crosshairs of her father’s enemies.

Z 2134 is the first book of a dystopian trilogy from the bestselling authors of Yesterday’s Gone.

An heiress on the run. A heartbroken Amish man, sleep-walking through life. Can true love’s kiss break the spell?

After his wife dies and he returns to his Amish community, Dominic feels numb and frozen, like he’s under a spell. When he rescues a woman from a car wreck in a snowstorm, he brings her home to his mother and six younger siblings. They care for her while she sleeps for several days, and when she wakes up in a panic, she pretends to have amnesia.

But waking up is only the beginning of Snow’s story. Snow’s real name is Adriana Daniels, and in order to protect herself and her niece from a dangerous relative, she must keep her true identity a secret from Dominic and his family. So, she pretends to have amnesia, hiding out within the Amish community, lying to everyone–especially Dominic.

As Adriana and Dominic grow closer, she feels more guilty with each passing day about lying, especially after they took her in when she was a stranger. But time is running out, and Adriana’s niece needs her now more than ever.

Can Adriana trust Dominic with her secret, even if it means he’d risk losing everything to help them? 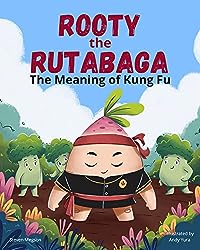 Rooty the Rutabaga: The Meaning of Kung Fu
by Steven Megson, Andy Yura

He wants to try something new and exciting. But does he first have to get stronger and faster?

Rooty is the most curious veggie in the patch. Watching a bunch of broccoli practice strange movements in the garden, the inquisitive rutabaga gathers his courage to approach the group. And when they tell him they’re practicing kung fu and he asks if he can join in, he’s mighty confused when they ask him if he’s ready!

Returning with a homemade martial arts outfit, Rooty is upset when the wise floret-headed stalks say he’s still not prepared to begin. And after his attempts to lift branches for strength and run races with friends to become speedy don’t work, the sad vegetable fears he’ll never have what it takes to do their fascinating moves.

Will the little round root that could ever show that he can? 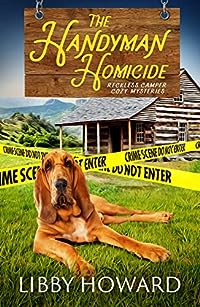 The new campground comes with a body.

Sassy Letouroux is not normally an impulsive woman, but when the campground that held so many childhood memories comes up for sale, she throws caution to the wind and buys it — sight unseen.

Arriving with her 85 year old mother and her bloodhound, Elvis, Sassy realizes there’s a lot to do before the campground will be ready for the spring rush of guests.

And first on the to-do list is find out who murdered her handyman.