As you guys know, I never wanted a fish tank. All I wanted was to take my cheap garage sale find and play with it a bit. The plants on top were supposed to be fed by the fish that pooped  in the little tank below. I quickly ditched the plants, and went on to obsess over the fish, trying everything I could to make him happy. One new tank, a heater, toys, and a bag of enrichment beads later, he still wasn’t happy for longer than a day. Yesterday I went out and bought him four little friends. Two tiny fish and two teenie tiny shrimp. That sounds like a lot for one little tank, but I’m not kidding when I say they are all teenie tiny. I wasn’t sure if they would be friends or food. Right now they are all friends. PHEW! Slim Shady tries to catch the shrimp, but they are way to fast for him. Slim also seems pretty happy swimming with the other fish. The only thing I think I am missing is a plant. Today I will go back to the pet shop and get him a little plant to hang out in. That should do it. That should make him completely happy. I hope. 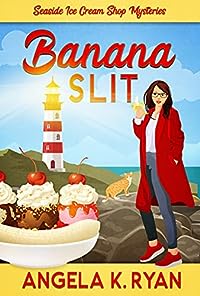 The grand opening of Anna McBride’s seaside ice cream shop is anything but sweet.

After the tragic death of her Irish twin sister, Bella, Anna needed a radical change. So, she closed her counseling practice in Boston to embark on a new adventure as an ice cream shop owner.

Now all she wants is to settle into her new town, attempt to turn her black thumb green, and build her ice cream shop into a community hub that hosts quality entertainment and group gatherings – just like Bella had often fantasized about doing before her fateful boating accident.

And what better location than Seagull Cove, the small Massachusetts coastal town where Anna and Bella created their best memories?

But when Anna finds her first musical guest, and Seagull Cove’s most famous son, murdered in the alley behind her shop, her grand opening ends on a sour note.

Anna must find the killer, or her ice cream shop will become more famous for its crimes than its banana splits. If only she could convince Joe Wiggins, her favorite new customer and a retired P.I., to assist her… But retired life is treating him too well.

To further complicate Anna’s life, Joe thinks he saw Bella peering into Anna’s ice cream shop from across the street. Bella’s body was never found. Could she still be alive? 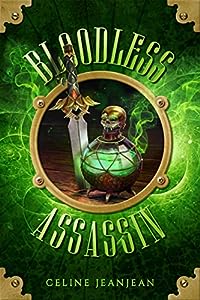 The Bloodless Assassin: Quirky Steampunk Fantasy (The Viper and the Urchin Book 1)
by Celine Jeanjean

Blackmail an assassin? Who would do such a thing?

Someone pretty desperate, that’s who. Which is exactly the position Rory finds herself in.

As a scrawny, dreadlocked pickpocket who grew up on the street, life hasn’t given her a ton of options. On top of which, her partner in crime has screwed her over for all her money, so she can no longer pay for the sword master who was supposed to train her — her ticket to a new life.

She’s not prepared to give up on her dream of becoming a great sword fighter, though. Which is why when she stumbles across an assassin’s secret, she immediately sniffs an opportunity. Blackmail can be a pretty effective strategy, after all. If he trains her, she’ll keep her mouth shut.

The risks in blackmailing an assassin are pretty high, but if she can pull it off, she might finally be able to realise her dream.
That is until she realises that the assassin’s she’s blackmailing is nothing like what she thought, and she’s landed herself into far more trouble than she bargained for.

Delve into The Bloodless Assassin, book 1 of a complete 9 book series that’s packed with adventure, banter, and quirky characters, all set in a richly imagined tropical world. 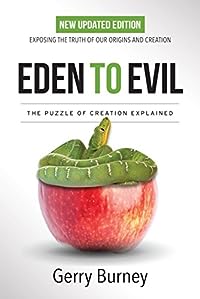 Eden to Evil: NEW Updated Edition: Exposing the Truth of Our Origins and Creation
by Gerry Burney

In the original edition of Eden to Evil, Gerry Burney explains the difference between the two biblical creation accounts, “Eden” creation and the “7-day” creation. They diverge in so many ways that many believe both cannot be true. Did God make a mistake-and how do we fit into the two accounts?

But if the two accounts were not a mistake, then God must have given us a riddle that only those who search for truth will uncover. Burney deciphers the riddle to show how the answer helps us understand the Bible and how we view ourselves. Are we sinner or saints?

In his new updated edition, Burney builds on the original, clarifying why a third of the angels rejected God’s authority, thus exposing how early civilizations so easily accepted Satan the serpent.

Now we can finally understand why we experience suffering and tragedy in God’s “very good” creation and why we need a Savior.

Family secrets, a power that defies science, and one girl’s fight for the truth…

Jes can’t remember anything before she was found at four, barefoot in the headlights of an old Ford. At fifteen, she has adjusted to moving without notice and never fitting in. Her adopted parents insist she hide the truth about that night, but Jes can’t get past how her real parents disappeared without a trace.

When Jes befriends a strange new student with an amazing power, she discovers he’s searching for a missing girl. Could she be this mystery girl and what will it mean for the family determined to protect her?

As Jes learns, truth comes at a cost. Will she give up love to find out? 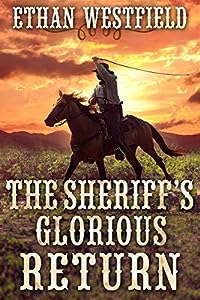 Sam Rogers is a fearless man who has always yearned for adventure. After the devastating loss of his beloved wife, he decides to leave the perilous job as a sheriff behind and make a fresh start. Driven by the love of his only daughter whom he desperately wants to protect, he will choose another line of work where his deadly skills and high moral ground are more than needed. Little did he know that making a living as a bounty hunter and transporting prisoners would soon turn into an undertaking without end. When he and his young ward take over the escorting of a woman prisoner to another jail, a new series of dangerous events awaits him. Will Sam’s experience and wit help him avoid getting killed and finally return to his quiet life?

While Sam is planning the transport of the woman from one prison to another, he will meet Paige, a beautiful, tough woman who works as a guard matron. Trained with fighting and shooting skills from a young age, she immediately captivates Sam who realizes that she is everything he has been looking for. However, romance is not in the cards unless they deal with the endless challenges that block their way. Time is running short and unfortunately for them, their journey, as well as their troubles, have only just begun. Will Sam and Paige manage to join forces effectively for the greater good and stand as a unity? Or will the fear of trust overtake them at long last?

Tensions mount and chaos is spread when a kidnapping takes place, paralyzing the lionhearted duo. Although fate seems determined to put them in an early grave, will their excellent gun skills help them survive without leaving a trail of blood behind them? Will Sam triumph over evil, or will he fail to carry through one of the most important tasks of his career? 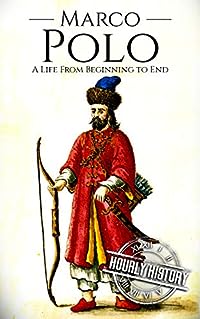 Marco Polo: A Life from Beginning to End (Biographies of Explorers)
by Hourly History

Marco Polo, a Venetian merchant, was a great explorer of far and unfamiliar lands. He traveled the world in order to find things that no one else had seen — but what did he really discover? The stories that he told upon his return to his homeland of the Republic of Venice were so unusual that his fellow compatriots often had a hard time believing him. When he described things such as paper money, gun powder, and coal, these were still so far out of the daily routine of the west that they seemed utterly bizarre to his contemporaries.

But even now that Marco Polo’s discoveries are less exotic and more commonplace, do we truly understand what it was that he uncovered? This book will delve deep into the life and legend of Marco Polo.

• On the Silk Road

• Coming of Age in a Faraway Land

• At the Court of Kublai Khan

• The Last Will and Testament of Marco Polo