Nice To Meet You!

I DID IT! YAY!! How do you get me to stop talking about Monarch butterflies? Ask me if I was successful in attracting Swallowtail butterflies to my garden. The answer is YES! I planted just about every plant a Swallowtail could want and it seemed like every single time I saw one, they were flying over my yard and never landing. After months and months of watching them fly by, one landed and she laid eggs. Yesterday I found tiny little caterpillars chomping away on dill I had planted. Of course I gathered every single caterpillar I could find, and they are now in a small habitat safe and sound. A new fun journey begins! 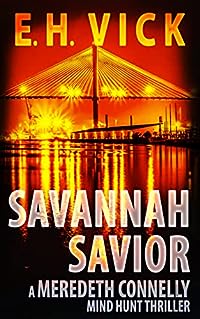 HE HUNTS WOMEN. SHE HUNTS HIM.

The dead pile up. Pressure, a hellish headache, desperate secrets. Heat, stiletto heels, fear. She won’t let anything stop her.

Not the detective who thinks she’s a drunk.
Not the good old boys club.
Not the mystery man cyberstalking her.

She will get the killer. One way or another. 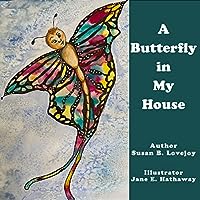 A Butterfly in My House
by Susan B. Lovejoy

A boy and his family are having a lazy day on an overcast afternoon. A silly butterfly suddenly flies in to their home, turning it into his personal playground. When he spreads his wings, colors go flying in every direction!

He flies from room to room, turning everything upside down with his impish antics. When their intruder finally leaves, the family waves a fond goodbye to their mischievous visitor.

He may have been uninvited, but he was exactly what they needed..

Emma, a privileged young heiress, decides to mentor Harriet Smith, a pretty boarding-school pupil, and to matchmake her as eligibly as she can… But how is she to guess that Harriet has a secret?

Meanwhile, the brilliant, penniless Jane Fairfax consents to a clandestine engagement with Frank Churchill – though not daring to confess, even to him, that she is being relentlessly pursued by her best friend’s husband.

Harriet sidelines Emma herself in favour of the ingenious Harriet and the fascinating Jane Fairfax. It is Emma – but an Emma with a surprisingly believable twist in its tail. 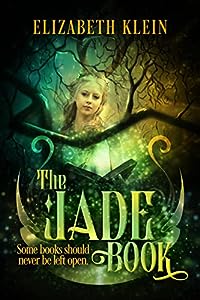 Some books should never be left open, not ever!

Long ago, a book was discovered in a tin box in the garden. No one suspected it had a powerful life force until many years later when inexplicable events beset the tiny sea-side town of Petticoat Bay. Are there really monkeys, enormous biting insects and red-eyed wolves haunting Goblin Wood? Annabelle Fox discovers the terrible secrets surrounding her new house, Jade Meadow, which is cursed according to the locals. Annabelle and her brother, Marcus, go in search of the truth from the previous owner, Pandora, but she appears to have her mind razed. Back at home, they discover their cousin has gone missing, so Annabelle, despite her fears, seeks answers in Goblin Wood. Here she meets the Green Man and many other fairy tale characters. They assist her on a mission to save Petticoat Bay from a ruthless globalist known as the Defiler who will do anything to retrieve the Jade Book. 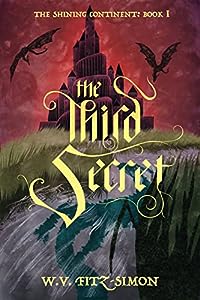 A secret kept for a dozen years, a Darkness that brought the world to its knees, and the only one who can stop it from rising again is a clumsy baker!

Umbo has given up friends, love, and happiness to fulfill his vow to keep safe a young girl found in the depths of a tyrannical sorceress’s workshop, a girl who may hold the secret to the sorceress’s dark magic.

When an unknown power comes searching for the girl after more than a decade of peace, Umbo must learn to trust his intuition, abandon his quiet life, and take up the sword once more to protect her and, possibly, the entire Shining Continent.

What begins as a frantic escape becomes a wild journey through a world where magic has evolved bears, badgers, foxes, and apes into people, and different schools of magic compete for dominance under the jealous eye of guardian dragons.

The Third Secret is the first installment in the 3-part epic fantasy saga of The Shining Continent. If you love complex magic systems and world building in the spirit of Brandon Sanderson and Patrick Rothfuss, buy The Third Secret and enter a world of strange magic today!