I have no idea how caterpillars survive. I have been raising Monarchs and this year Swallowtails, and it blows my mind that any of them survive at all. EVERYTHING wants to eat them. From the moment they are eggs, they are considered delicious treats. If they do hatch, then they become even tastier little burritos, getting tastier and tastier the fatter they get. They certainly aren’t safe once they are in their chrysalis. They go from a meal to dessert. Erg… I am starting to gross myself out thinking about eating caterpillars. Yesterday I collected 19 Monarch butterfly eggs and 7 swallowtail caterpillars, and put them all in a safe little habitat. I may be biting off more than I can chew with that many little mouths to feed, but there is no way I can leave them out in that crazy wild world. 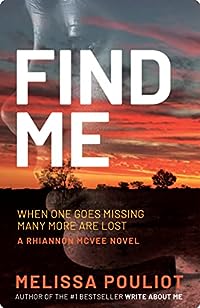 It is 1988 in Australia and people are missing. And when one goes missing, many more are lost. In outback Queensland, quiet and reserved teenager Leesa Richards disappears silently from her bedroom into the fog early one morning. Then cowboy Toby White leaves his pregnant wife Alice in a cloud of dust and mystery, never to be seen again. A world away, in the hustling inner city suburbs of Sydney, rebellious teenager Keely Johnson forms an elaborate plan to escape her boring suburban life and trade it for the excitement and glamour of the streets of Kings Cross. The only child of southwest Queensland sheep pastoralists, Rhiannon McVee has her eyes firmly set on swapping her cowboy boots for police-issue brogues. But with her parents and the love of her life Mac pressuring her to stay close to home, will her quest to find the missing be over before it begins? From the harsh isolated Australian outback to the dangerous underbelly of Kings Cross, Rhiannon learns the hard way that when so many slip through the cracks, finding them is never as easy as it seems. And that when you leave the people you love, you might lose them forever. FIND ME is a mix of crime and a delicate touch of outback romance, inspired by the author’s own personal missing persons tragedy. If you love Australian mystery and crime thrillers by Jane Harper (The Dry) and Candice Fox (Troppo), you’ll love the Detective Rhiannon McVee crime mystery series by bestselling Australian author Melissa Pouliot. 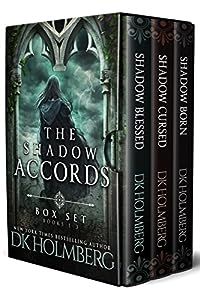 The first three books in the bestselling Shadow Accords series!

Orphaned in a foreign city. Able to control the shadows. Gifted with the A’ras flame. Carth must do more than master her powers to stop a dangerous threat, she must first master herself.

Shadow Blessed The A’ras of Nyaesh have a terrifying reputation: skilled swordsmen, owners of powerful magic, and ruthless killers. When they kill her parents, Carth discovers her parents had trained her for magic she never knew she possessed. She must use the skills they taught to stay alive, discover a way to find answers, and avenge them if she can. Only the discovery of a greater threat than the A’ras forces her to risk herself for new friends and a home she never wanted.

Shadow Cursed When Carthenne Rel first came to Nyaesh, she feared the A’ras. Now she trains with them, struggling to use the magic they teach, and cut off from the shadow blessing within her. Isolated for her differences, she has only a few friends among the other students. When the strange and powerful Master Invar offers to teach her to access the powers warring within her, Carth is isolated even more. As the deadly Reshian attack the city, Carth discovers a secret, one linked to the shadows she must suppress, and the combination of her magic is key to the A’ras survival. She needs to master her abilities as an even more dangerous threat appears, one that changes everything she’s become, and challenges everything she knows about her past.

Shadow Born Carthenne Rel survived the Hjan attack on the A’ras and has left the north, the only place she ever really known. Now she travels to better understand what it means that she’s shadow born. Stranded by storms in a dangerous port city, she’s captured while helping rescue a young girl from slavers. Discovering her mysterious captor’s agenda forces her to play his games in order to escape, only to realize she hasn’t finished with the Hjan. The lessons her captor has taught just might be the key to defeating them for good while protecting all of the north. 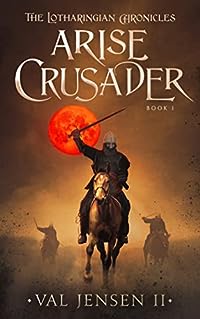 In the year 1096, the Kingdom of France was set ablaze by righteous fire. Men, women, children, brigand, and knight – with the promise of forgiveness of sins – answer the pope’s call to retake Jerusalem. In a village along the Oise River, Anseau of Valois, a young plowman, has defied his church, enraged his lord, and disappointed his father.

A forbidden relationship with a Jew, Channah, forces Anseau into the service of a bishop. Only absolution by joining a crusade to Jerusalem can set him free. The pilgrimage, however, is a place rife with subterfuge, intrigue, and moral ambiguity. To survive and return to his love, Anseau must fight friends and foe, ally with the most unlikely of companions, and survive the formidable Sultan of Rûm. 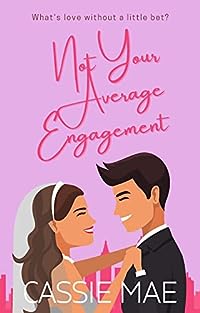 He proposed, and I proposed a deal too.

A simple deal, really. We get engaged and close up the sex shop until the big night. Totally doable. But Mr. Future Liz thinks I won’t last a week, let alone five months, so we make the deal a bit spicier.

He wants a snowy honeymoon (ew) and I’m geared up for the Bahamas. Whoever lasts longer without the touchy, naughty, smoochy will get their dream honeymoon.

I’ve got this in the bag. 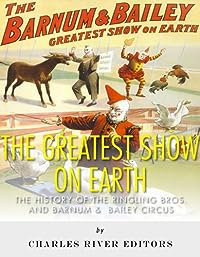 The Greatest Show on Earth: The History of the Ringling Bros. and Barnum & Bailey Circus
by Charles River Editors

*Includes pictures.
*Highlights Barnum’s entertainment career and transition into the circus.
*Includes a bibliography for further reading.
*Includes a table of contents.

“We bring you the circus — that Pied Piper whose magic tunes lead children of all ages into a tinseled and spun-candied world of reckless beauty and mounting laughter; whirling thrills; of rhythm, excitement and grace; of daring, enflaring and dance; of high-stepping horses and high-flying stars.

But behind all this, the circus is a massive machine whose very life depends on discipline, motion and speed — a mechanized army on wheels that rolls over any obstacle in its path — that meets calamity again and again, but always comes up smiling — a place where disaster and tragedy stalk the Big Top, haunts the back yard, and rides the circus train — where Death is constantly watching for one frayed rope, one weak link, or one trace of fear.

A fierce, primitive fighting force that smashes relentlessly forward against impossible odds: That is the circus — and this is the story of the biggest of the Big Tops — and of the men and women who fight to make it.” – Opening remarks from the film The Greatest Show On Earth!, a drama set in the Ringling Brothers and Barnum & Bailey Circus.

Americans have loved traveling circuses for generations, and none represent the country’s love for entertainment quite like the most famous of them all, the Ringling Bros. and Barnum & Bailey Circus. The five brothers who started a circus in Wisconsin, as well as P.T. Barnum, have had their names become synonymous with the circus, so it’s only fitting that the manner in which these men entered the business and the merging of their traveling circuses together also make for great stories.

Circus promoters have long been viewed as somewhat shady hucksters, but none could top P.T. Barnum, who used a blend of traditional circus entertainment, freak show exhibits, and outright hoaxes to create “The Greatest Show on Earth”. Barnum introduced America to Jumbo the Elephant, one of the most legendary acts in the history of the circus, as well as “exhibits” like Joice Heth, an elderly African American woman Barnum advertised as a 161 year old who nursed George Washington. He also notoriously perpetrated hoaxes with General Tom Thumb and claimed to have a live mermaid, so it’s no surprise that Barnum is often apocryphally quoted as saying, “There’s a sucker born every minute.” While he didn’t actually say that, he said something similar: “Nobody ever lost a dollar by underestimating the taste of the American public.”

Around the same time that Barnum was operating the Barnum & Bailey’s circus, the Ringling Brothers were engaging in more traditional circus activities in Wisconsin. As their traveling circus became better known in the late 1880s, it was advertised as the “Ringling Brothers United Monster Shows, Great Double Circus, Royal European Menagerie, Museum, Caravan, and Congress of Trained Animals”. The Ringling Brothers were eventually successful enough that they were able to buy Barnum’s circus after Barnum had already died, and they merged the traveling circuses together in 1919.

The Greatest Show on Earth: The History of the Ringling Bros. and Barnum & Bailey Circus examines the origins of the famous circuses, the background of the important individuals involved, and their merger into the most famous circus of all. Along with pictures of important people, places, and events, you will learn about “The Greatest Show on Earth” like never before, in no time at all. 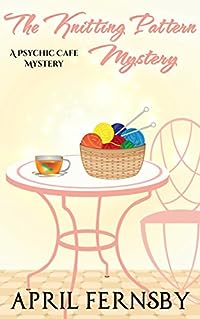 Karis Booth uses her psychic abilities to solve a murder which is linked to a knitting pattern.

A knitting class is held at the café which Karis co-owns with her sister, Erin. An old knitting pattern is brought into the café and Karis is immediately drawn to it. It’s not long before Karis starts to experience visions which are brought on by the pattern, and some of those visions reveal a murder will take place soon.

With a sense of urgency, Karis tries to find out who owned the knitting pattern, and if that person is linked to the murder she witnessed. As more visions come to her, Karis realises she is also dealing with a mystery from the 1950s. Is this mystery somehow linked to the murder which will occur?