Did I Lie Again??

I currently have 26 Monarch caterpillars in their chrysalis form, one cutie who is just about to go into his chrysalis form, and two eggs. I am pretty sure I am done for the season. Anyone who is left out in the garden will stay there and have to fight the predators alone. I say that now, but just you wait. I will see a cute little caterpillar walking around and I will grab him, love, him, and shove him in a little prison… I mean protective home. I lie to myself all the time. HA! 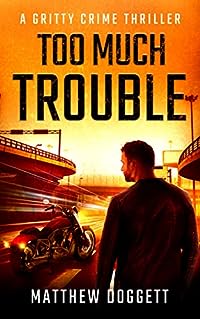 Too Much Trouble: A Gritty Crime Thriller
by Matthew Doggett

Everyone’s out to kill him… Easier said than done.

Some call him a loser on a motorcycle. Others call him a criminal. But when a robbery gone wrong lands him in the middle of a cartel war, Trouble finds that everyone agrees on what he is: wanted dead or alive.

Working an under-the-table job as a courier for a dispensary in Denver, Colorado, Trouble makes deliveries to strange locations. The banks won’t take the money, so an underground banking operation has sprung up to keep the booming marijuana business rolling in the dough. But this operation is easy pickings for the cartels warring for control of Denver’s underground drug market.

Trouble is unknowingly thrust into the middle of it all. After a freak occurrence when defending himself from a robbery, he finds that everyone is after him. And they’ll go through anyone to get to him.

So when these cartel operatives cross the line and go after Trouble’s friends, only death will stop him from righting the wrongs and making the cartels pay for what they’ve done. The odds are stacked against him, but he just may have friends in unlikely places…
This riveting crime thriller has it all: dirty cops, ruthless criminals, shadowy government operatives, wise-cracking detectives, and an explosive conclusion that will leave you wanting more Trouble. 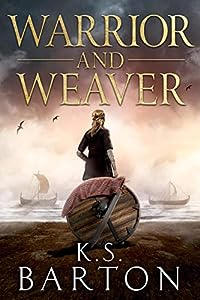 A Viking saga of love, revenge, sacrifice, and betrayal.

Bjorn Alfarsson cares nothing for the blood feud that has raged for years between his foster-father and brother. But when Bjorn’s best friend is killed by the son of their bitter enemy, he is drawn into the long-standing conflict. With the safety of his children at risk, Bjorn does whatever is necessary, but the hatred he has wrought threatens to unravel his world.
Astrid Tryggvisdottir is the daughter of a powerful jarl. What she wants most is to marry a man she loves, and to keep her loved ones protected, but hers is a world fraught with hardship and danger. Her father’s blood feud has now spilled over onto her and her brothers. Astrid must decide whether to sacrifice her own happiness or that of her family. If she chooses wrong, everyone she cares about will be in danger. It is up to her to weave the two families together.

Warrior and Weaver is the first in K.S. Barton’s Norse Family Saga series. 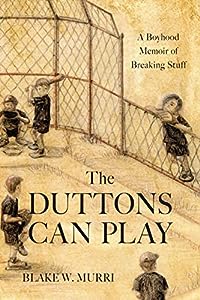 The Duttons Can Play: A Boyhood Memoir of Breaking Stuff
by Blake Murri

Author Blake W. Murri grew up in the sixties, “the greatest time ever to be a kid in Small Town, USA.” But it was also an era of social unrest and turmoil, during which his mother demonstrated compassion for marginalized neighborhood families by providing rides to school for their children.

It would take witnessing his mom’s love for her neighbors to inspire the author to act, speak up, and break an unjust social norm.

It would take a broken window to help him recognize that honesty is the best policy.

And it would take breaking a few rules for him to appreciate the wisdom behind them.

This is the story of Murri’s childhood years, the adventures he lived, and the lessons he learned along the way — including the value of welcoming some shunned neighborhood kids into his life. 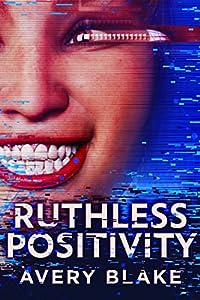 In eScape, Kam has it all — a body that works, beautiful friends, her own space, and a wealth of stolen credits. In the real world, she’s terminally ill and living in the rundowns, a place where hope goes to die.

In the real world, Lyle seems to have it all. As the son of a famous self-help guru, Julia Grace, strangers envy his perfect life and perfect relationship with his mother. Nobody knows the torture she’s put him through. All Lyle wants is the escape of anonymity in eScape — where he can be himself by hiding behind an avatar.

CONNECTED BY TRAGEDY, DESPERATE FOR LOVE

When Kam and Lyle meet, they each might be the escape the other is looking for.

But Kam can never let Lyle see the REAL her or the hovel she lives in. If he realizes she’s a criminal who’s stolen everything she has, he’ll leave her.

She has no idea Lyle is lying, too – caught in a web of his mother’s manipulations. Each of them loses everything if they tell the truth – but admitting their lies could get them killed.

And not even eScape can protect them from what’s coming. 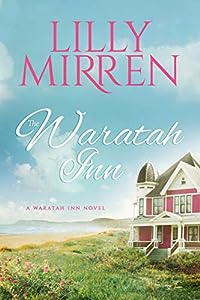 The Waratah Inn
by Lilly Mirren

Wrested back to Cabarita Beach by her grandmother’s sudden death, Kate Summer discovers a mystery buried in the past that changes everything.

Kate returns home to the sleepy hamlet of Cabarita Beach and the run-down Waratah Inn for her grandmother’s funeral. She spent many happy childhood years at the inn, but all she wants to do now is sell the dilapidated boutique inn and head back to the city and her busy, professional life. But she and her two estranged sisters discover they’ve inherited the inn together. To sell, they need all three sisters to agree to the sale.

Soon, her carefully constructed life begins to unravel and Kate decides to stay in Cabarita Beach to renovate the elegant, old building. Despite her misgivings about reviving the crumbling structure, she quickly becomes consumed with crown moulding, history and an attractive horse wrangler she can’t seem to ignore. When she discovers a clue to a mystery from the past in her grandmother’s things, she’ll be drawn down a path that raises more questions than answers.

Piece-by-piece she and her sisters will uncover the secret former life of their beloved grandmother. A life of love, intrigue, and loss. A life they never knew she had. An opportunity to sell the Inn pushes them to make a choice: commit to the Waratah Inn and family, or walk away from the Inn and each other, back to their separate and isolated lives.