Do You Even Know?

It’s so sad to me that my little Betta fish will never know how much I care for him. Such a good little fishy. 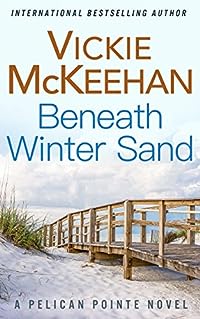 A brother who disappeared. A mystery worth solving. A love worth finding.

Hannah Summers lost her innocence the day she came home from school and found police cars in front of her house. Her parents are dead, her loss is deep, but its more than that — her baby brother, Micah, is missing.

Vowing to find Micah no matter what she has to do or how long she has to search, Hannah ends up in Pelican Pointe with more questions than answers. She’s holding on to a shred of hope that Micah is still alive. While Hannah isn’t looking for love, one resident has other ideas. Caleb Jennings has his own demons to deal with, but he wants more than anything to help Hannah find her brother.

Little do they know they’re about to embark on a life-changing course, a course that will end her twenty-year long search and solve a mystery of what happened the day her parents died. Along the way, they’ll uncover a former politician’s scandalous life, and reveal secrets long buried.

The tenth book in the award-winning Pelican Pointe Series

A Bounty with Strings: Book One in the Bounty series
by Markus Matthews

In a blue-collar steel town…
… these bounty hunters needed more than their powers.

Were they in over their heads?

From the roof of the business park, the six-story height gave Zack a perfect view of the club. The bounty was clear – dead or alive, and knowing what he did about this particular Earth Elemental, it would likely be the former. He was ready but didn’t expect guests.

Who were these obvious amateurs?

Their auras told him all he needed to know.

Now, Zack had to choose. Let them mess up his bounty and probably die or lend a hand.

The thing he hated most about his profession was the constant competition between hunters. All it did was make the job harder and put innocents at risk.

Well, it was too late now.

You’ll love this first book of The Bounty Series because it’s a thrill-ride of a supernatural adventure and this set of oddly unique characters are easy to root for to survive. 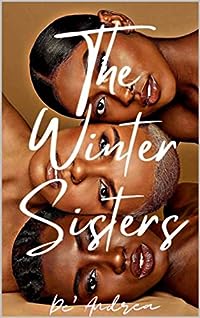 The Winter Sisters
by De’ Andrea

The Winter Sisters are the definition of dysfunctional. A traumatic childhood sent the baby of the family, Airyan, running to the Big Apple at the age of seventeen. Three and a half years later, the death of her mother causes past issues to resurface in her new life. Tired of harboring secrets, she returns home ready to reveal all. The question is, will her sisters be able to handle it?

Aeisha, the middle sister, has been living the good life since Airyan left home. She has a big beautiful home and is married to a handsome NBA baller by the name of Terrell Johnson. She and her husband have only had one issue that she thought was behind them. Airyan’s return causes a rift in her marriage that sends Aeisha’s already unstable mind over the edge. Aeisha is harboring secrets of her own, and Terrell may not be the only thing she and Airyan have in common.

Airyan’s return stirs old feelings that Terrell tried to get over. He’s now married to her sister, but it’s definitely not for love. Airyan’s return makes him realize that his marriage may be an even bigger sham than what he thought.

Lastly, there’s Arielle, the oldest sister. Her mission is to get to the bottom of the issues between her sisters. Tired of being caught in the middle, she just wants to repair their sisterhood, but their problems may be even bigger than what she thinks. 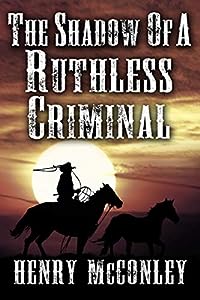 The Shadow of a Ruthless Criminal: A Historical Western Adventure Book
by Henry McConley

When Arthur Rogers gave up his badge, he didn’t expect to hold a gun in his hand ever again. He’s tired of fighting criminals and wants nothing more than to settle down and live a quiet life, in a safer town. His plans for a new beginning take an unexpected turn though, when the train he’s expecting is stopped by a gang who is holding a woman hostage. Leaving a woman helpless is not even an option for him and he immediately rushes to the scene. He knows this gang is not afraid to hurt anyone that gets in their way and can’t help but fear for the woman’s life. Art won’t stop until he rescues her and makes sure that every last one of them is dead… However, sometimes it takes more than bullets to put a man down…

Using his excellent detective skills, Art discovers where McKenzie, the missing woman, is being held. Quick on his feet and without second thought, he embarks on a tricky rescue mission. Danger quickly spirals out of control, and Art manages to heroically save McKenzie by putting his life at risk. When he sees her teaching the next day, he’s completely awestruck by her bravery after this traumatic event. His world turns upside down though, after witnessing a suspicious encounter between her and one of the gang members… What could possibly be the reason behind this questionable meeting?

An electric chemistry between Art and McKenzie will be developed but lies and deceit might get in the way… As a lifetime adventure brings them closer, outside forces try to tear them apart. Art’s desperate need to capture all gang members will make him question his very values. Will reality prove him wrong before he loses what he’s craving the most?

“The Shadow of a Ruthless Criminal” is a historical adventure novel of approximately 60,000 words. No cliffhangers, only pure unadulterated action.

“Intense, powerful and an absolute must-read for fans of the action-thriller genre Edward is once again on top form with a novel to keep you on the edge of your seat! Sure to win Edward a host of new followers eager for his next release Drive Faster is unreservedly recommended!” – Book Viral Reviews

When a high-value prisoner transfer is interrupted in the blistering Arizona desert, Special Agent Dirk Lasher and his new unit of not-yet-trained operatives must give pursuit. With no time to prepare and little familiarity between the team members, the stakes could not be higher. If their prisoner Kimberly Sharp is allowed to escape, the very foundation of global society could come unraveled.

As the pursuit intensifies and the stakes increase, powerful competitor countries get involved, pushing non-stop to the pulse-pounding deadly showdown on the outskirts of civilization. The criminal Sharp is more valuable than initially realized, and the outcome may just determine the future of civilization itself. 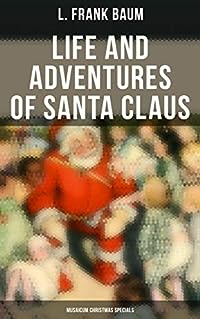 Musaicum Books presents the Musaicum Christmas Specials. We have selected the greatest Christmas novels, short stories and fairy tales for all those who want to keep the spirit of Christmas alive with a heartwarming tale.
This children’s book classic tells the tale about the boyhood of Santa Claus. In a world full of immortals and mortals, the forest of Burzee received an abandoned infant which is found by the nymphs. And Necile, who wishes, even though it is against the law, to spare the child and raise it as her own. Ak, the Master Woodsman reluctantly allows Necile to take in the baby and name him Claus. As he grows older Claus befriends the creatures of the forest and Ak shows him the children of the world who he has sympathy for. When Claus reaches adulthood he leaves the forest of Burzee and travels to the country called the Laughing Valley…