Today is Monday, August first. That is two new beginnings in one day. New Month, New Week. SLAP SLAP SLAP!!!! NO! I think I might have an addiction to starting over. I love hitting the reset button. Not this time. I am not going to make any New Years Resolutions. Especially not in the Summer. Put that pumpkin spice away… It’s time for margaritas!!! Of course I will wait until after lunch for that, but you know what I mean. 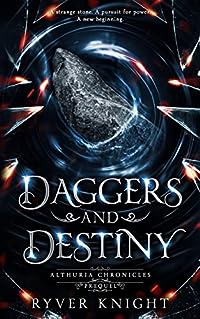 Daggers and Destiny: A YA fantasy prequel novella to the Althuria Chronicles
by Ryver Knight

A strange stone. A pursuit for power. A new beginning.

An orphan with no job, no home, and no last name, sixteen-year-old Mala scrapes along day by day with her younger brother, Baz, in their small village.

But when she discovers a mysterious stone, her whole world comes crashing down.

Suddenly, she faces massive adversity, a quest for bloody revenge, and a power so great she fears it.

Will she find peace amidst the chaos?

Or is her world fated to burn?

Brimming with magic, action, and a riveting quest for revenge, Daggers and Destiny explores a world of ruination and renewal. This prequel is an exciting, epic YA fantasy adventure exploring the wondrous kingdom of Althuria. 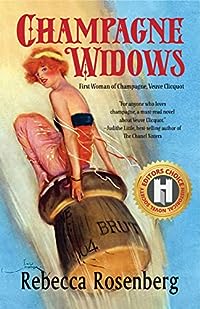 “This effervescent historical novel paints a richly detailed portrait of the enterprising Veuve Clicquot. The twinned plots of Clicquot and Napoleon Bonaparte’s rise and fall are filled with detail that give life to this far-off time. The prose is light, yet detailed, and peppered with moments of wry humor. Napoleon’s characterization is well-crafted and give his character new life. Clicquot’s character is charming, and readers will love getting to know her. Rosenberg has a superb eye for blending humor with drama.” ~Publisher’s Weekly BookLife Prize

From triple-gold award-winning author, Rebecca Rosenberg: Champagne, France, 1800. Twenty-year-old Barbe-Nicole inherited Le Nez (an uncanny sense of smell) from her great-grandfather, a renowned champagne maker. She is determined to use Le Nez to make great champagne, but the Napoleon Code prohibits women from owning a business. When she learns her childhood sweetheart, François Clicquot, wants to start a winery, she marries him despite his mental illness.

Soon, her husband’s tragic death forces her to become Veuve (Widow) Clicquot and grapple with a domineering partner, the complexities of making champagne, and six Napoleon wars, which cripple her ability to sell champagne. When she falls in love with her sales manager, Louis Bohne, who asks her to marry, she must choose between losing her winery to her husband, as dictated by Napoleon Code, or losing Louis.

In the ultimate showdown, Veuve Clicquot defies Napoleon himself, risking prison and even death.

Cursed by Furies: A Tale of Vikings, Elves and Gods (The Cursed Elves Book 1)
by Diedra Drake

1000 years ago the Elves nearly destroyed their species through war. As punishment, their ancestors cursed them and trapped them on the Earthly plane.

Priscilla Forester is a 500-year-old Cursed Elf, with abilities far different from most. She knows there is some secret about her origins, but has given up thinking she will ever discover the truth.

However, Fate was only waiting for the right moment to reveal its secrets. As Priscilla and her lovers battle against warring Elf Houses, her true nature begins to emerge, and it is more than anyone had bargained for.

The books in this series are intended to be read in order. 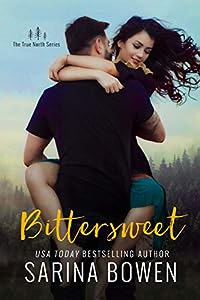 Fall in love with Vermont in this USA Today bestselling series.

The last person Griffin Shipley expects to find stuck in a ditch on his Vermont country road is his ex-hookup. Five years ago they’d shared a couple of steamy nights together. But that was a lifetime ago.

At twenty-seven, Griff is now the accidental patriarch of his family farm. Even his enormous shoulders feel the strain of supporting his mother, three siblings and a dotty grandfather. He doesn’t have time for the sorority girl who’s shown up expecting to buy his harvest at half price.

Vermont was never in Audrey Kidder’s travel plans. Neither was Griff Shipley. But she needs a second chance with the restaurant conglomerate employing her. Okay — a fifth chance. And no self-righteous lumbersexual farmer will stand in her way.

They’re adversaries. They want entirely different things from life. Too bad their sexual chemistry is as hot as Audrey’s top secret enchilada sauce, and then some.