There are only six days left until the big neighborhood garage sale, and nothing is safe in my house. It will be a long time until I have another one, so this is my big chance to really clear out the clutter. I am still selling my nifty treasures on eBay, that is a completely different thing. By the end of the week my house is going to be so completely clutter free it will echo in every room. Okay, that’s not entirely true, but I have goals. Right now I am eyeballing stuff on hubby’s desk. Does he really need that keyboard? 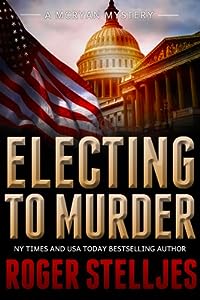 Deep in Kentucky lake country, “Wire” hid behind an old empty cabin in the pitch-black night. She quickly realized she wasn’t the only person carefully observing the secret late-night meeting with night vision goggles, when gunshots rang out…
Ruthless killers… mysterious deaths… escalating stakes… A clandestine late-night meeting in Kentucky, a murder in a seedy St. Paul motel, a mysterious investigator operating in the shadows and dueling political masterminds all collide to provide Mac McRyan with the ultimate test in ELECTING TO MURDER.

New York Times and USA Today bestselling author, Roger Stelljes, delivers another action-packed story in the McRyan Mystery Series. Stelljes’ vivid characters, his gift for gritty and real dialogue as well as his uncanny sense of place and time, will put you in the middle of the action allowing you to feel the desperation of Mac McRyan and his fellow detectives. 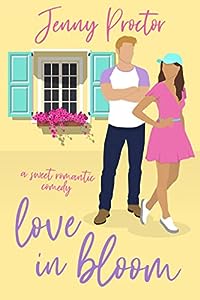 Love In Bloom: A Sweet Romantic Comedy (Some Kind of Love)
by Jenny Proctor

I’m basically a golden retriever puppy. I love everyone and want everyone to love me.

But Cameron is the singular exception to my “love everyone” rule, and the hatred goes both ways.

First of all, he’s one of THOSE guys. The kind that looks like he belongs on the cover of Yacht Club Weekly. Second of all, he’s way too good at his job. The man is a walking Wikipedia. His walking tours of historic downtown Charleston stay booked weeks in advance.

Did I mention I run tours along the same route?

When we’re both up for a magazine feature that could kick our respective careers to the next level, our rivalry turns into a heated competition.

Then we unexpectedly kiss (it’s a looooong story), and things get really complicated. Now my blood is boiling over Cameron for an entirely different reason.

Only one of us can win. Can I trust a man who used to be my enemy, or is everything — even our relationship — just a part of his plan to take me down?

Love in Bloom is an enemies-to-lovers closed-door romcom full of witty banter, sizzling kisses, and Historic Charleston charm. Books in the Some Kind of Love series are connected but can be read in any order. 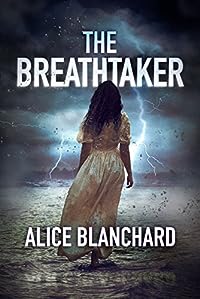 THE BREATHTAKER
by Alice Blanchard

When Police Chief Charlie Grover finds three mutilated corpses inside a ravaged farmhouse, he believes the victims were impaled by flying debris. But soon the evidence tells him that a far more dangerous game is being played. An action-packed thriller about a killer tornado… and the human killer hidden within.

When a tornado rips through Promise, Oklahoma, only three of the town’s terrified residents know what really happened — and they won’t live to tell. Charlie Grover is certain the victims were impaled by flying debris — until he realizes he is wrong.

Enlisting the aid of a beautiful tornado-chasing scientist named Willa Bellman, Charlie steps into the chaotic world of high-tech, high-risk storm chasing in search of a cunning criminal…

But the Debris Killer is weaving a trap for them. 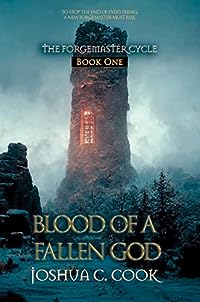 Blood of a Fallen God is the award winning start of an incredible epic fantasy series that has readers hooked.

The Reach has been a major mining town for as long as anyone in Alos can remember. Once, it was a grand and powerful city. But when the god of craft and creation fell, so too did the Reach. Now the Reach is surrounded by the Mistlands, dangerous territory populated by corrupted humans who live for blood.

The Reis family has always lived in the Reach. And Duncan Reis is happy to stay there, searching ruins for artifacts and jewelry and being a headache to the parents of all the girls in town. But his cousin Will has bigger dreams: Will wants to be the first Reacher ever accepting to the Smithing Guild. It’s been his dream for his whole life–and it was his father’s dream, too, before he died.

Will can only see one way to convince the Smithing Guild to accept a Reacher. He steals a shard of a dead god’s blood to use in his audition piece. But there’s something more than mere bad luck keeping Reachers out of the Guild, and Will’s actions will unleash a series of events that can end only one way.

The Gods are moving. Change is coming to the world. The Forgemaster Cycle begins. 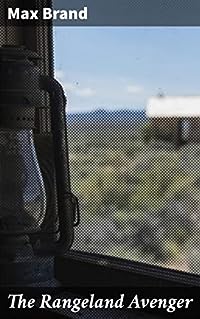 The Rangeland Avenger
by Max Brand

“The Rangeland Avenger” by Max Brand. Published by Good Press. Good Press publishes a wide range of titles that encompasses every genre. From well-known classics & literary fiction and non-fiction to forgotten?or yet undiscovered gems?of world literature, we issue the books that need to be read. Each Good Press edition has been meticulously edited and formatted to boost readability for all e-readers and devices. Our goal is to produce eBooks that are user-friendly and accessible to everyone in a high-quality digital format. 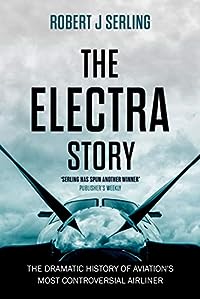 The Electra Story: The Dramatic History of Aviation’s Most Controversial Airliner
by Robert J Serling

Less than six months later, Northwest Flight 710 crashed in a soybean field near Tell City, Indiana. Both planes were Lockheed Electras, and both, for no apparent reason, had lost a wing in mid-air. The combined toll of the two crashes was 97 lives. There were no survivors. Early the following October, during take-off from Boston’s Logan Airport, there was another Electra disaster, and the plane that had been supposedly foolproof became the object of the ugliest controversy in the history of commercial aviation.

While the search for a “probable cause” went on, there was a crucial decision to be made: whether or not to let the Electras go on flying. Elwood R. Quesada, then Administrator of the Federal Aviation Agency, had to make that decision, and how he coped with this frightening responsibility is a remarkable tale in itself.

The Electra Story is an illuminating and incomparably thorough study of the plane’s entire career. From design through construction, rigorous testing, and brilliant initial performance, to the minute-by-minute record of the fatal flights, the scenes of wreckage, and then the painstaking efforts to solve the mystery.