OH MY GOSH!!!!! Christmas has arrived at COSTCO!!!! Yes, Halloween has arrived as well. I am a little worried about the animatronic skeletons though. One is playing the banjo and it does not look like it is suitable for children. Maybe a customer messed with it. If that skeleton wasn’t holding a banjo, there would be a real problem. Moving on… I know a lot of you hate to rush the holidays, but we are not celebrating them, we are just planning ahead. Oddly I didn’t buy anything. Hubby was shocked. It feels a little weird that I didn’t pick up the cute gnomes. What’s happening to me?? I should get the gnomes. They won’t be there for very long. No banjo playing skeletons though… I don’t need to get any complaints from the neighbors. 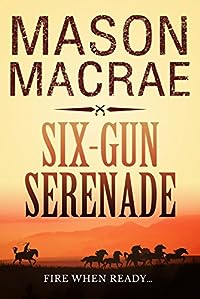 Would you fight for what’s rightfully yours…

Jim Finch hasn’t seen his hometown, Featherville, for a year – and a lot has changed in that time.

Nesters have been pouring into the valley, settling on ranches and claiming them as their own.

That’s where the trouble begun.

The nesters are getting bolder every day, but the ranchers intend to defend the land they own – whatever it takes.

Finch’s path crosses with that of Sam Broadner, a threatening and greedy man, desperate to seize control of the land.

But that’s not the only problem Finch has on his hands.

His young ward, Sheila, is left heartbroken when she declares her true feelings for Finch and is rebuffed.

Devastated, Sheila sets about selling her half of the Seven Up ranch in a deliberate move to ruin Finch and satisfy her desire for revenge.

Can Finch stop her from making the biggest mistake of her life?

Can he claim the land that is rightfully his, whilst preventing Broadner’s bloodthirsty plans?

A tense story of murder, ruthless violence and no-holds-barred vengeance that meets an epic conclusion in Six-Gun Serenade. The perfect western adventure for fans of the classic Louis L’Amour and Zane Grey. 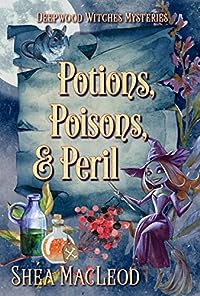 Emory Chastain, owner of Healing Herbs, sells everything from love potions to herbal tea blends. She is also the most powerful witch of the modern era. When a stranger drops dead in her shop, Emory is left with no choice but to investigate.

Enlisting the help of her friends and the very handsome Noah, she soon discovers that someone is using magic to poison people, turning them stark raving mad. The clock is ticking, can Emory stop the killer? Or will time run out for the residents of Deepwood? 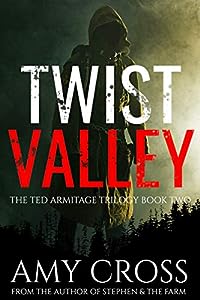 Rebecca Ballard just wants a break. As she struggles to balance life as a new mother with her attempts to put some magic back into her marriage, she sets off on a trip to fetch a few papers from the office. But will she ever make it home?

After breaking down on a desolate stretch of road, Rebecca is immediately wary when a man named Ted Armitage stops and offers to help. Having already fixed the problem herself, Rebecca gets going again, but Ted isn’t a man who takes rejection well and he’s soon on her trail. Before she knows what has hit her, Rebecca finds herself dragged away to a remote farm. And she’s not the first woman who’s ended up in Ted’s clutches.

Trapped in a desperate race to survive, Rebecca begins to discover the true depths of Ted’s madness. Although he tells her that her fate is in her own hands, and that she has a genuine chance to eventually walk away, Rebecca knows that she’s going to have to take matters into her own hands. But just how much does Ted know about the land around his farm? And what’s causing the strange noises that disturb his house at night? Rebecca quickly comes to realize that she might not be the only one in danger.

Twist Valley is the second book in the Ted Armitage trilogy, about a man whose murderous activities in rural England have somehow gone undetected for years. 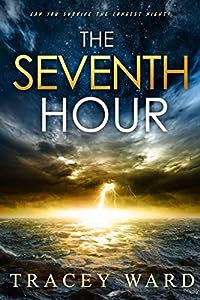 The Seventh Hour
by Tracey Ward

When the Earth’s rotation slowed to a crawl mankind was plunged into a harsh world of burning hot days and endless, arctic nights. Some fled to the mountains for shelter. Others took to the seas, sailing forever in the perfect gold between the night and the day; a place known as the Seventh Hour.

Liv was raised aboard a ship chasing the Seventh. She’s never seen the night, never known true cold, and when a storm destroys her home she’s on land for the first time in her life. She’s alone, surrounded by strangers and perils she couldn’t have imagined in her worst nightmares. Her only chance at survival is Grayson.

He saved her. He’s sworn to protect her. He hates her.

Old grudges run deeper than the sea, and Liv and Gray will have to overcome them together to make it to morning.

To survive the longest night. 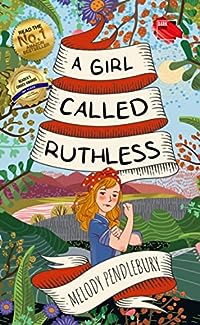 A Girl Called Ruthless: A moving coming of age novel
by Melody Pendlebury

A girl with ambition. A clever ruse gone awry. A fatal encounter…

Eleven-year-old Ruthless will do whatever it takes to live up to her name. Slaughtering pirates, running an underground gambling operation, and intercepting Russian spies are just a few examples.

In true Ruthless fashion, she claims the title of student body president, but her aspirations are cut short after getting in trouble. Not letting that stand in her way, she runs for Mayor with the help of her incredibly strong best friend, Owen. Her town of Baton Rouge, Louisiana, has no age requirement to run for the post. The chances of a child winning are slim, to say the least, so Ruthless and Owen disguise themselves as an adult with the good old ‘two kids in a trench coat’ ruse.

This seemingly harmless scheme has grave consequences that invite the turmoil of her mother’s past back to haunt her. When the dangers of the adult world come crashing down on Ruthless, she must learn how to live with her new reality, and ultimately use it to turn her life into a success story – and live up to her name.

But will she be able to leave the past behind? 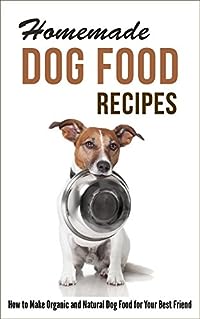 Homemade Dog Food Recipes: How to Make Organic and Natural Dog Food for Your Best Friend
by Marilyn Hayes

Your dog’s health relies so much on the kind of food that you feed him or her. This is the reason why giving your dog commercially available dog foods is not a good thing. One of the reasons why commercial dog foods are not good for your canine friends is that they contain a lot of preservatives and other ingredients that are unhealthy for dogs. Recently, there are many dog owners who take it as their responsibility to prepare food for their own dogs and if you are one of these many responsible dog owners, then this book is for you.

With this book, you will be able to learn about the following:

• Understand the dos and don’ts when it comes to preparing your own homemade dog recipes. Chapter 1 will discuss about the types of foods that you should and shouldn’t give to your dog. This chapter serves as your preview on the different ingredients that you can use to make organic and natural dog food.

• Learn about the different types of recipes that you can try to feed your dog. The recipes include cooked, raw and snacks for your dogs that are guaranteed healthy and safe for whatever dog breed that you own. The recipes included in Chapter 2 are easy to make so you can prepare your dog’s food ahead of time.

• Chapter 3 discusses about the different tips that will help you prepare nutritious dog food. This is to ensure that the types of food that you provide your dog is safe and has high nutritional value.

The kinds of food that you feed your dog can greatly affect your dog’s temperament and health.

So if you are planning to make homemade food dog recipes, then let this book serve as your guide.