I am a bit nervous today. My youngest baby basset has been asking to go to a certain water park for quite a while now and today is the last Friday before Summer Vacation ends. Yesterday I decided that I was going to make the hour drive through highways that I am unfamiliar with and nervous as all heck to drive through. I hate driving through the East bay. There are so many crazy highways with confusing routes, and let’s not even mention the crazy drivers. It’s often like Mad Max on those highways. Today I am going to conquer my fear and just do it. My baby wants to go to a water park and I am just the mom to do it! Well… I’m his only mom, so there is that. 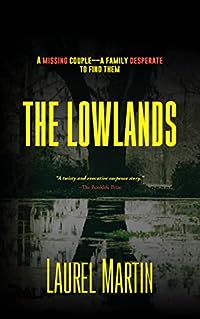 The Lowlands: A Missing Couple—A Family Desperate to Find Them
by Laurel Martin

Riley’s not about to be told what she can and cannot do–unless of course, there’s a gun at her head.

After driving through a violent storm, young married couple, Riley and Jake Marshall wind up stranded with a flat tire off the I95 near Yemassee, South Carolina. They thought this would be the worst part of their day. They were wrong.

When the tow truck arrives ahead of schedule, Riley and Jake think their luck has changed. Wrong again.

Jake’s expensive car is loaded onto the flatbed and the unsuspecting couple climb aboard. What begins as a car theft and mugging, turns much darker when the back-woods car thieves discover Jake’s family is worth millions.

Days pass, and Riley’s strong-willed mother is desperate for answers. Frustrated by the slow-moving police investigation, the family does some detective work of their own. What they uncover leaves them with more questions than answers. Are the police concealing evidence?

Or, does this closely-knit family have a secret they’re keeping?

Sometimes, the answers come from where they’re least expected.

The Lowlands is a suspenseful, fast-paced thriller about survival, corruption, and the blurry line between what’s right and wrong when fighting for your life or the life of someone you love. 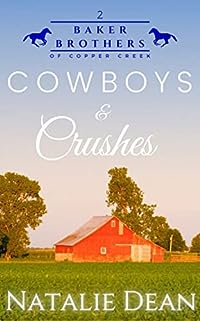 She left Copper Creek to forget about him. Now she’s back. And he can’t stop thinking about her.

Ruby McDaniel has been crushing on her brother’s best friend for as long as she can remember. Since age seven, to be exact. But he broke her heart. She went off to college to forget about him.

Now she’s ready to start her dream job in New York City and get on with her life. Well, almost. First, Ruby has a little payback in mind. She’s determined to let Cal Baker know exactly how it feels to be pushed aside.

Cal Baker is a charming cowboy whose life is perfect. Everything comes easy for him, and he always gets his way. With money to spare, a successful ranch, and a steady stream of adoring girlfriends, he doesn’t want for anything.

But then little Ruby comes home for a visit. Except she’s not so little anymore. And she’s just his type — a brunette with golden brown eyes who is smart, confident, and happy. He’s smitten.

Can Ruby stick to her plan? Or will she fall in love with the cowboy who’s after her heart? 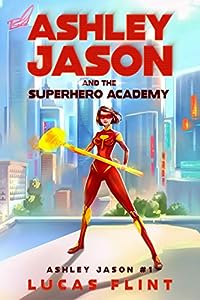 Ashley Jason and the Superhero Academy
by Lucas Flint

She doesn’t want to be a superhero. But she has no choice.

Sixteen-year-old Ashley ‘Crafter’ Jason has trust issues. Especially with supers, despite being a super and daughter of two famous superheroes herself.

That’s because Ashley suffers from a rare genetic disorder known as Hernandez’s Disease. Left unchecked, Ashley’s own powers will kill her before she turns twenty-one. The superhero community fears and shuns everyone who suffers from this disorder, forcing Ashley to keep it a secret to avoid total ostracization and even violence from her fellow supers.

To find a cure, Ashley enrolls at the Theodore Jason Academy for Young Superhumans, the country’s best superhero school. Her science teacher, Professor Dean Hernandez, specializes in superhuman genetics and believes he can cure her.

A cure becomes the last thing on Ashley’s mind, however, when Parasite, a deadly superhuman terrorist, threatens to destroy the Academy and Ashley herself. Now Ashley must manage her condition, embrace her superhero heritage, and learn to trust others to defeat Parasite and save the Academy. 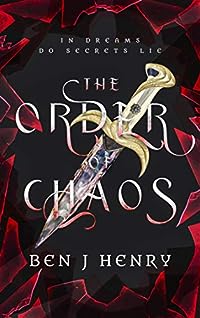 How can a dream be dangerous?

This is the lucid dreaming murder mystery that readers are calling intriguing, compelling and original.

Alicia’s younger brother has been missing for two years. On the eve of her eighteenth birthday, she finds a book in her parents’ bedroom containing a hit list. How far is her mother prepared to go to return David to the family?

While lucid dreaming, Alicia escapes the waking world, entering a realm where survival depends on the strength of your will. Is handsome Ryan a figment of her imagination, or was he sent by her brother’s kidnappers?

The Order of Chaos is the first in a fantasy trilogy for young adults and adults young at heart. Readers who enjoy complex, unfolding mysteries like His Dark Materials are invited to follow Alicia to a realm where thoughts and insecurities are laid bare. What are we but a collection of memories, real and false?

She had no idea her inheritance meant murder…

Carly Taylor couldn’t believe her luck. As a 30-something-year-old living in her mother’s basement after her divorce, she never considered herself particularly lucky… until her ex-husband died and left her his house.

She couldn’t wait to move into the gorgeous Victorian mansion in a picturesque lakeside town.

But, as soon as she unpacks her stuff and gets comfy, she realizes why she got it. Her ex-husband’s ghost is hovering in her living room, haunting the place, and wanting her to solve his murder.

Carly can think of a million people who would want to kill the man, and she’s one of them. So solving his case is not exactly something she’s jumping at the chance to get in the middle of.

But little does she know, his murder is just the beginning of her problems. There are a lot of ghosts in Landover, and now that she sees dead people at every turn, they all want something from her. 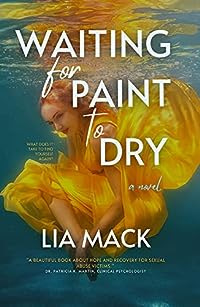 Since sprinting away from her sister’s wedding (and knocking over a bridesmaid in the process) Matty Bell has lived in a self-made monochromatic life of work-eat-sleep-survive. In and out of work, she hasn’t seen her family in over a decade, lives vicariously through her best friend’s seemingly perfect life. And the only goal she has (other than filling her stomach) is to avoid any and all reminders of her birthday. It only brings her pain.

But when life catches up with Matty on the night of her surprise 30th birthday, she sets out on a nerve-wreaking last-minute trip home to confront her family that might just result in her coming full-healing-circle. Except, showing up unannounced has Matty staying at her sister’s ocean front home, alone, with only thoughts of that buffet-of-a-man she sat next to on the plane dancing in her head.

And there’s also that pile of left over paint, daring her to take redemption into her own hands.

From the author of “Hard-Hitting Fiction, with a Dose of Healing-Humor,” comes a serious yet laughter-filled healing story of one’s woman journey to reclaim her life, find inner-peace, and stumble into love…