I don’t mean to sound arrogant, but I have already started my Christmas shopping. Okay, I only bought one thing so far, and it was something from Costco. You know if you want to get it, you can’t wait or it might be gone. It counts though. I might even make a Christmas list now of the people I need to shop for, just so I can cross one item off the list. HA! I have no idea why crossing items off a list feels so good, but it does. I will even make lists and add things I have already done, just so I can cross them off. It’s like I want to be sure I get credit for it. Even if they only person who sees the list is me. I have even added “Make a List” to a list, so I had just one more thing to cross off. One danger of making a Christmas list is I will feel the urge to do more Christmas shopping. I don’t think I am mentally prepared for that right now. I think I might give up the satisfaction of crossing an item off the list, so I don’t have to start shopping now. This is a bit much for a Monday. 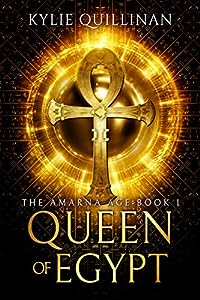 Queen of Egypt (The Amarna Age Book 1)
by Kylie Quillinan

She knows she’s going to kill the man she loves. She just doesn’t know why yet.

Ankhesenamun needs to produce an heir to the throne — quickly. Pharaoh Tutankhamun is young and weak. His chief advisors are planning his quiet removal and Ankhesenamun hopes to hold them off by producing an heir who can become a stronger Pharaoh.

When Pharaoh’s advisors move the court from the desert city of Akhetaten back to ancient Memphis, Ankhesenamun is thrown into a new world of danger, secrets, and old gods. Her dreams warn her of a blond-haired man who she will fall desperately in love with — and who will die by her own hand.

When the man from her dreams suddenly enters her life, she realises just how hard it’s going to be to stay away from him. Forgetting the warnings, she throws herself into an affair with him. After all, she’s supposed to be producing an heir.

As his secrets start to be revealed, she searches for a way to save him. But saving his life might lead him to a fate worse than death.

Queen of Egypt is the first book in a series set in 18th Dynasty Egypt in a world where the old gods have been worshipped for thousands of years and magic is a matter of belief. For readers of historical fantasy who enjoy magical realism and an ancient world setting. 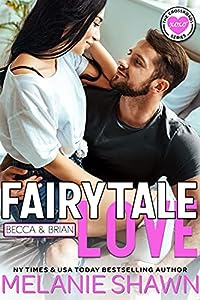 We’re just friends… Fair and beautiful Becca Sloan was used to saying this to people… and it was true. The youngest of Harper’s Crossing’s Quad Squad, she knew she could always rely on her best friend, Brian. Ever since their first encounter on the slide in pre-K, they’d had each other’s backs and were inseparable, through good times and bad.

Sexy and charming Brian Scott kept nothing from his best friend, Becca. He knew that she would always be there for him, and she knew that she could always count on him. They had a once-in-a-lifetime friendship that was a constant in both of their lives. When both Becca and Brian are cast in a dating reality show to find love elsewhere, it becomes clear to them that they may have already found it.

Lucy’s Coming for you…: A chilling psychological thriller and a must-read debut (The Advocate Series Book 1)
by Ashley Beegan

Because no one else will admit that Lucy exists.

As Summer digs deeper into the disappearance, it becomes apparent that Lucy is looking for her too, but Summer should have stayed away. Now, Lucy is coming for her…
And there’s no escaping someone who doesn’t exist. 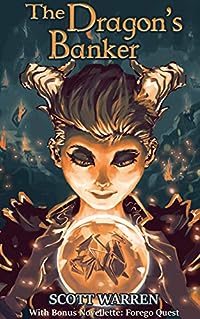 Finance: The lifeblood of any country’s beating heart and the life’s work of Sailor Kelstern — Merchant Banker. While wizards brood in their towers and great warriors charge into battle Sailor is more interested in the price of ore, herbs, and alchemicals carried by the trade ships. But when a spell of bad fortune and bitter rivalry leaves him scrambling to turn a profit on little more than winds and whispers, one such whisper catches Sailor’s ear — a dragon has been seen in the west. Sailor soon finds that the dragons are very real, and not at all what he expected. And they practice a very different sort of economy — one of subterfuge and fire. A standalone novel of epic fantasy & adventure capitalism from the author of Vick’s Vultures, with bonus novelette: Forego Quest What if you were the hero of every song, story, and legend? What if you didn’t want to be? Find out in this hilarious fantasy short.