Not Enough Chamomile In The World

I am both thrilled and absolutely terrified that my oldest baby basset now has his learners permit to drive… A CAR!!!! I am happy for him, but do I have to let him actually drive a car? He is just a baby. Yes, a baby that is over six feet tall, but still my baby. I feel so bad for the guy. His mom is crazy. I have a hard enough time being the passenger when my hubby drives. I scream BRAKES every ten seconds while holding on for dear life. Hubby is a fine driver and always goes slow when I am with him. I wouldn’t say I have control issues, but I might. Unfortunately I don’t think I will be able to avoid teaching my baby basset to drive. He will need to learn in an actual car on real streets and I am the only one who will be available to do that. Chamomile tea. That might be the answer. 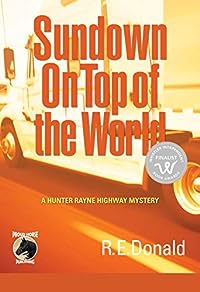 Sundown on Top of the World (A Hunter Rayne Highway Mystery Book 4)
by R.E. Donald

Former homicide investigator Hunter Rayne follows the white lines northward on the Alaska Highway, but a truck breakdown forces him to take an unscheduled stop in Whitehorse, Yukon, where he had been stationed as a rookie cop. While his Freightliner is awaiting repairs, Hunter and fellow driver, Dan (Sorry) Sorenson, kill time with a side trip to bush Alaska where a chance meeting with a young Alaskan woman awakens his interest in a baffling cold case. A reclusive trapper and his young girlfriend disappeared from a bloody cabin 25 years before, leaving their sled dogs chained outside.

Reawakened memories of his past coupled with a recent murder find Hunter back in investigative mode with the blessings of Whitehorse RCMP boss Bartholomew Sam, son of a shaman and Hunter’s old friend. He finds himself searching the banks of the mighty Yukon River for a tough old bush woman who may hold the key to more than one bloody death. It’s a vivid reminder that the breathtaking beauty of the northern wilderness camouflages its brutal indifference to human life.

This is the fourth novel in the Highway Mysteries series of character-driven traditional mysteries in a uniquely North American setting.

From USA Today bestselling author Glynnis Campbell… A hot-tempered warrior lass and an unwelcome Highlander fight over a castle, but when he takes her hostage, his tragic tale and his motherless infant kindle a new flame in her heart.

Beautiful, hot-tempered warrior maid Jenefer of Rivenloch is used to taking what she wants, whether it’s command of her father’s archers or the castle she’s had her eye on for years. So when a heathen Highlander arrives to claim her prize, she schemes to run him off the land. Formidable Morgan Mor mac Giric proves a challenging foe, foiling her plans and taking her hostage. But as the Highlander reveals his tragic history, her heart softens toward the honorable laird and his motherless infant. And when the past brings a deadly threat to his heir and his clan, she becomes the fiery champion of his heart.

BRIDE OF FIRE
Book 1 of The Warrior Daughters of Rivenloch

One bride of Fire… One bride of Ice… One bride of Mist… Born into the Rivenloch clan of warriors, Jenefer, Hallidis, and Feiyan, three fearless and fierce Scots lasses, are ready to battle the world, until heart-melting heroes arrive to challenge the spirited brides, storming their defenses and winning their hearts with the power of love. 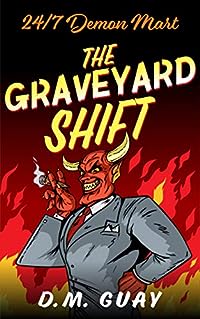 One loser, one talking cockroach, and one karate-chopping bombshell are all that stand between YOU and hell on earth.

Lloyd Wallace is the most clueless crossing guard the intersection of hell and earth has ever seen. So clueless, that he doesn’t even realize the beer cave in the corner store where he works is the gateway to hell. The gate needs a hero, but Lloyd’s a zero, a loser with a capital L. He’s ten thousand dollars in debt and lives with his parents. He’s been fired from every job he’s ever had. He was the first thing his ex-girlfriend tossed to the curb when she upgraded her life. He had no money and no prospects until the night he accidentally slayed a one-eyed tentacle monster hellbent on world domination. And, impressed by his pure heart and bravery, the suave but devilish owner of the 24/7 Dairy Mart gave Lloyd a job.

His coworkers — a karate-chopping bombshell and a talking roach with a really bad attitude — need Lloyd’s help to keep the demons in line. Can he man up and become a world-saving hero? Or, will he remain a couch-surfing zero? The fate of the world is on the line. What could go wrong? 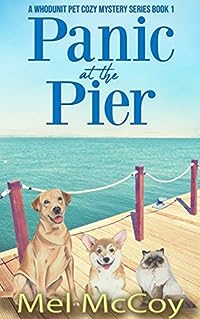 After a long year of teaching kids in an inner-city school in New York, Sarah Shores and her rambunctious yellow lab, Rugby, are looking forward to two weeks of beachside fun. They head down to Cascade Cove, Florida, where her eccentric grandpa, Larry, and sassy cousin, Emma, run a pet boutique on the boardwalk.

Antics between Rugby and Emma’s feisty cat, Misty, quickly ensue, but that’s just a small price to pay to spend quality time with her family while preparing the boutique for the busy season. But then her plans are quickly capsized…

Soon after arriving, a mystery unfolds, starting with the washed-up body of a local landowner, a lost corgi carrying an antique locket, and a family secret that may hold the key to the puzzle. Will Sarah be able to wade through the wave of suspects in order to piece the puzzle together? And will she solve the mystery before peak season ends up being a flop?

Join Sarah and the rest of the gang at Larry’s Pawfect Boutique in this fun Whodunit Pet Cozy Mystery Series. So, get nestled in your favorite chair, put on a pot of tea, and escape into the cozy beachside town of Cascade Cove! 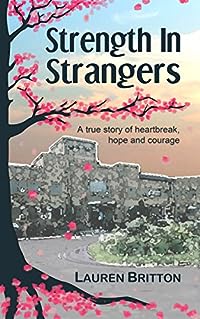 Strength in Strangers: A true story of heartbreak, hope and courage
by Lauren Britton

From honeymoon to heart transplant.

One week after their wedding, on a remote honeymoon island, Lauren was told her husband Andrew had suffered six heart attacks and had hours to live. The local medical centre lacked the equipment to keep him alive and there was no plane to a specialist hospital for several days.

This is the inspirational and emotional true story of a normal young couple and their life torn apart by a near fatal heart affecting virus and a wife’s struggle to save her husband’s life.
An account of the incredible journey to return him home safely, the terrifying wait in hospitals where few spoke English, seven weeks in Bangkok on life support and intensive care, the selfless acts of strangers, and the frightening realisation that previously fit and healthy Andrew would need an urgent heart transplant.

This is a story of love, hope and courage against all odds.

A story of friends and family, incredible medical staff, the strength found in strangers and the ultimate gift of a second chance. 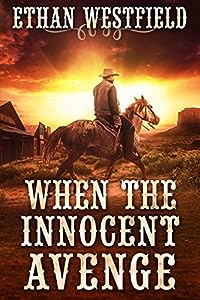 When the Innocent Avenge: A Historical Western Adventure Book
by Ethan Westfield

Duncan Hale leads a hazardous life, riding with The Nevada Nine, a merciless gang of robbers. When they partake in a nasty crime, he refuses to participate, a decision that will almost cost him his life. Under the frightful rein of the gang’s leader who orders his murder, Duncan will be tortured and left for dead. Luckily for him, a fearless man named Gus will come to his rescue. Together they will join forces on a risky mission of revenge, determined to deal with the endless challenges they encounter. As their pursuit takes them on many adventures, what are they willing to risk in order to put every last one of the gang members behind bars?

While Duncan and Gus are planning their payback, a beautiful woman, Yvonne Mahler, gets captured by the gang, and the two men vow to free her no matter what. However, Duncan quickly realizes that there is more to the feisty redhead than it appears, as she tricks the leader with her brilliant intellect. In an unexpected turn of events, she and Duncan finally meet and he can’t help but wonder whether they can partner up against the evil criminals. With her intentions finally revealed, will they manage to combine their excellent skills victoriously in a game of cat and mouse where anybody could come out as a winner?

Even though Duncan and Yvonne meet under the worst variety of circumstances, their lifetime adventure brings them closer together. However, as long as the gang continues to spread chaos, their love cannot flourish. Will they accomplish their goal and ultimately take the revenge they’ve been seeking? Or will they be both doomed to a dreadful fate?