The Star-Crossed Fairytales by J. M. Page is a collection of clean, standalone romances featuring spacey, science-fiction reimaginings of your favorite classic stories. Read the series in any order for more exciting adventures of self-discovery, acceptance, and love in the farthest reaches of the universe. Enjoy! 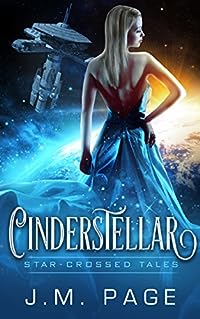 When you wish upon the stars… you may get more than you ever dreamed of.

Stella’s had enough with being the janitor at Starforge Academy — shes determined to be a pilot like her legendary mom. Joining the ranks of the arrogant “Aces” is the last thing she wants, though. They’re the worst, especially that show-off Dax who thinks he rules the school. If only the Commandant — Stella’s father — would let her enroll. Then she could put those Aces in their place. Dad’s word is law, and with Stella’s step-mother snooping around reporting back to him, she can only practice her flying skills in secret, late at night.

Dax is the Prince of Starforge — the best pilot at the Academy and son of a famous general. But Dax’s secret threatens to clip his wings: he hates his superstar status and the expectations that come with it. When he discovers that someone at the school is beating his simulator scores, he’s determined to find out who. She won’t tell him her name, but she accepts his challenge — and kicks his butt. She may be a mystery, but after their late night conversations, he thinks she might also be the girl of his dreams.

A school-wide flying tournament turns their friendly rivalry serious, and finally brings Stella’s dreams within reach. But competing will mean revealing herself to the school — and Dax, the Ace who’s soared right into her heart. As much as he wants to meet, would he still be interested if he knew her truth?

After a life lived in the shadows, Stella will have to step out of her comfort zone and into the spotlight to make her dreams come true. And if she’s lucky, maybe she’ll get the guy, too. 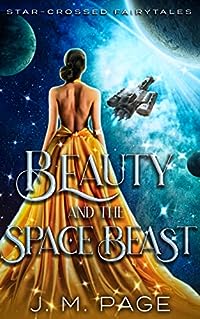 When a ruthless pirate captain comes to collect her father, Mara offers to take his place instead.

She needs answers, even if it means sacrificing her freedom to join an alien’s crew. Isolated with her secretive father on a forgotten asteroid isn’t enough. She wants to find her home.

With rumors that Torak’s working for the evil queen, his business is in peril — and the crewmates who rely on him. He can’t afford distractions. Stealing a man’s daughter to settle a debt should have been straightforward, but Mara is nothing like Torak expected.

Intelligent, skilled, beautiful — and she can see past his thorny exterior, right down to the heart that died so long ago.

Far from all she’s ever known, Mara soon learns home is closer than she imagined. To uncover it, she only has to do the impossible: tame the beast. 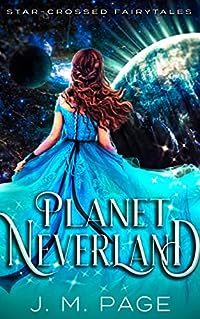 He promised her a planet where dreams come true, but it’s turned into a nightmare.

Responsibility is Wendy Darling’s middle name — or it should be. She gave up dreams of her future to keep her reckless twin brothers from being expelled, arrested, or worse, and just when she thinks she can take a break, she has to swoop in and rescue them from a fast-talking street performer trying to whisk them away to another planet.

Peter’s never given up anything for anyone — and responsibility, what’s that? But when Captain Hook starts recruiting his theatre’s Lost Boys, Peter needs new performers fast, and he can’t be picky.

Even if the twins’ infuriatingly bossy sister insists on tagging along. She’s stubborn and pushy, but protective of her brothers, too. She stands up to Peter like no one ever has — and he likes it.

Running away to an alien circus is a far cry from Wendy’s simple bubble bath dreams, but Peter is a surprisingly effective mentor for the twins, reining in their most destructive tendencies. He’s good for them, and the closer she grows to him, the more she thinks he might be good for her, too.

Neverland’s not all Peter promised, though. With dark secrets waiting around each corner, it’s only a matter of time until his past catches up to them and puts everything they’ve built to the test. 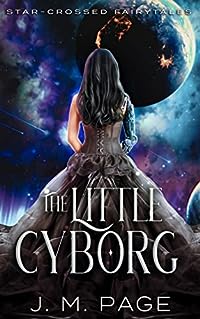 The surface isn’t safe, the sky is a dream, and humans are a death sentence.

Those are the three rules that all modders in the Wastelands live by. The rules everyone accepts — everyone except Celine. All modders have something special about them, but her dad has given her the greatest gift of them all: a mechanical arm that can fix anything. Celine is sure that’s her ticket out of the dust storms and into the stars. She spends her days sneaking to the surface to collect forgotten trash from the human city in hopes of building a ship.

It seems her prayers have been answered when a ship streaks through the air, crashing nearby, promising all the parts she could ever need. What she finds instead is a half-dead, impossibly handsome, young man in need of rescuing. She acts without thinking, rules be damned.

When her father learns what she’s done, Celine quickly learns there are some things even her incredible arm can’t fix. Without it, she might have a chance at her dreams and so much more… but she’ll also be defenseless, surrounded by humans who’d turn on her if they knew the truth. What’s a cyborg to do?

The Little Cyborg is 51,000 words of forbidden, fairy tale romance with strong themes of self-acceptance and adventure. This book contains NO harsh language, explicit violence, or graphic romance scenes. It is an adult romance, but is suitable for older YAs as well. 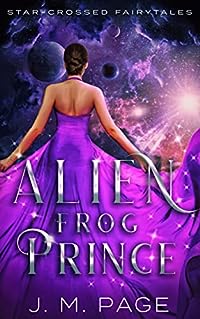 Prince Zakrom has never found his One — until Jen. Now he just needs a Kiss.

It’s Jen’s job to prepare the Interplanetary Ambassador for visiting alien dignitaries. One tiny misstep could cause a diplomatic incident of galactic proportions, but most days, Jen is very good at her job.

The day that Prince Zakrom visits is not one of those days.

Prince Zakrom knows the moment he meets the flustered human tasked to watch over him. His One. Finally. Despite her shy, awkward fumbling, all he can see is how beautiful and charming she is. Now he just needs to convince her they’re meant to be.

Jen’s skeptical when he starts talking about soulmates, but after spending some time together on his home planet, she’s starting to see past his warty exterior to the kind soul beneath. He says there’s one way he can prove it.

It only takes one kiss.