My oldest baby basset turned 16 today. Would it be okay if I dressed up in my Pink Power Ranger Costume and took him to school? Like, got out of the car, hugged him, and told him how much I loved my snooky wookie baby? I mean.. that’s cool right?

Hi! My name is Odessa Grimsbane, and I love pumpkins, scarecrows, and Brodie. Oh, and delicious, powdered pumpkin candy. Let’s not forget the super-charged treats.

My scarecrows are magical, my pumpkins are the best in show, and my Brodie… well, he’s dead. But not for much longer.
Before I can bring back Brodie – did I mention I’m amazing at reanimation magic – I need a vessel for him to live in and to find his ghost, which has been hiding for three years. A not insignificant problem. No ghost, no reanimation, and no true love.

However, defeat isn’t in this witch’s vocabulary. After all, true love only strikes once, and I’m not letting it go. No matter what it takes, I’m getting my happily ever after.

If only an anxious ghost hadn’t just shown up demanding his murder be solved. And did Eldridge have to knock me over to tell me about his unhappy demise? Well, he’s about to turn into a dangerous ghoul, so time isn’t on this frustrated ghost’s side. And, good news, he agrees to find Brodie for me. So we strike a deal. I get suspect hunting, while Eldridge gets ghost hunting.

Here’s hoping my pumpkin magic helps me figure out how to become an amazing sleuth because if I don’t, I’ll never find Brodie and will have to destroy Eldridge when he shifts into a lethal, out-of-control ghost ghoul. Yikes! And I thought making magically enchanted killer scarecrows was tricky.

Oh! And I’m in trouble with the Magic Council, but we’ll talk about that another time. Anyone for a pumpkin and dark chocolate cookie?

Welcome to the wacky world of a witch with a little something extra. Odessa is pure of heart and pumpkin obsessed, and she always wants to help. But when that kind heart drags her into a complicated murder mystery, she’s out of her depth.

Enjoy this witch paranormal cozy mystery, featuring a troubled magic user with a small pumpkin problem, a snarky cat (there’s always a snarky cat), a group of amazing friends, and a mystery that’ll have you wondering who did it until the very end. Oh, and watch out for the scarecrows. They bite! 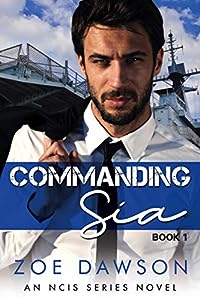 Separated by loss… reunited by duty…

When Lieutenant Ambrosia “Sia” Soto returns from an investigation into a “pilot error” case aboard the aircraft carrier U.S.S. James McCloud, she comes face to face with NCIS Special Agent and former lover, Christophe Vargas, the man who was involved in an F-18 Fighter Jet accident that took her brother’s life six years ago. But when another incident aboard the carrier involves the death of a senator’s son whose plane crashed into the deck on a routine training mission, she’s now required to return to the carrier with Chris in tow to face a cunning and dangerous foe. Bombarded both personally and professionally, Sia must trust her instincts and suppress the feelings that surface for her enigmatic and sexy partner. 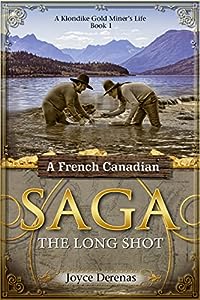 Nazaire Poulin wants his old life back, but the sudden death of his spouse and the removal of his children have flipped his world upside down. He leaves for the gold fields of Dawson with a younger brother. They face starving immigrants, and wild horses. They come across dozens of First Nations people bands, most hostile. Wolves chase them as they cross the Rockies into a wilderness where no white man is safe. When they enter the Yukon, a country where everything wants to kill you, they search out their other brothers, established gold miners in the Territory. Heartache and regret follow Nazaire Poulin in this stirring journey.

This exciting adventure story is based on the real lives of four brothers, the author’s ancestors, and brings Nazaire to the edge of despair that would flatten a lesser man.

The Long Shot is Joyce Derenas’ debut novel about Nazaire Poulin’s incredible courage and resilience during one of Quebec’s darkest hours. It’s a slice-of-life portrait of a nation as it struggles to create stability amidst the chaos of a world depression.

Widower and ex-FBI agent Cody O’Brien is running for her life, trying to rescue her kidnapped son, and struggling to stay one step ahead of the killers who murdered her husband. With time running out, and no one to trust, can she save her son and herself before the past catches up with her?

A widow and ex-FBI agent of hard-earned courage, Cody O’Brien is finally enjoying the quiet life, providing a good home for herself and her eight-year-old son, Ryan.

Then Ryan is kidnapped in broad daylight.

And Cody knows why. Her life is a dangerous lie, easily exposed by the killers responsible for her husband’s murder.

Failed by the Witness Protection Program, she’s on the run again, trusting only herself to save her son while heading blindly toward a past that wants only one thing from her: cold-blooded revenge. 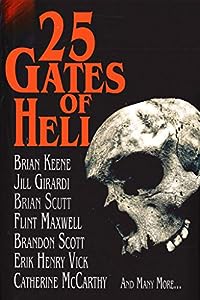 25 Gates of Hell: A Horror Anthology
by Multiple Authors

Once, in another age, the gates that guard the fiery inferno that is hell creaked open in the dark and unleashed, upon this earth, every drop of terror that could be wrung from beyond them. A group of storytellers banded together to chronicle the tsunami of evil that ensued. Their scribblings depicted events so horrific, the manuscript was hidden away.

Now, dear reader, you seem to have stumbled upon it.

And you have opened it.

You must reap what you have sown.

Come, step into the pages. See firsthand what hell is capable of.