Don’t Listen To Them

I didn’t get the memo my body sent. Walking into the gym today sporting my camo lounge pants and David Hasselhoff t shirt, I was ready to get healthy. My body on the other hand had other plans. I hurt myself today during the warmup stretch. We weren’t even really doing anything!!! What is wrong with me? I tried to shake it off, but I pulled something in my leg that hurts like a doozy! I was able to do the group workout, but I was certainly less than impressive. I was sweating though, so I think that counts. My body is telling me something, but I don’t want to hear it. NOT TODAY BODY!! Brain… please ignore anything you are told from the neck down. 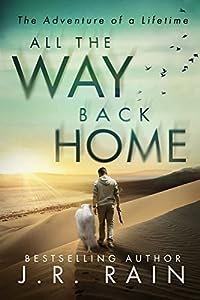 All the Way Back Home: A Novel
by J.R. Rain

Once a successful dentist with a passion for healing, a series of unfortunate events stripped Shaye Fox of his career, his self-esteem, and his reason for living.

That is, until he nearly runs over a big white dog in the middle of the road.

Skilled as a healer, Shaye saves the dog… only to discover it had been used as a drug mule and left to die.

Over the next few weeks as it heals, Shaye realizes just how remarkable this creature is. So remarkable, he decides to return it to its rightful owners…

Halfway around the world.

From the mountains of California to the scorching, rolling sand dunes of the mighty Sahara, this epic adventure of a troubled man and a noble dog is sure to touch anyone with a love for animals and a hunger for new beginnings… 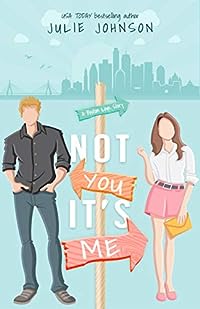 Gemma Summers is unlucky in love.

She’s known it since third grade, when her first crush blew a spitball into her hair, and a decade-long string of bad dates, boring sex, and abysmal morning-afters has done nothing to improve her prospects.

When a random radio contest lands her courtside tickets to the hottest playoff game of the season, Gemma thinks her luck may finally be on the upswing — at least, until the dreaded jumbotron kiss-cam lands on her and her date, who’s too busy ignoring her to notice…

Thankfully, the sexy stranger sitting next to her is more than willing to step in.

Or… so she thinks. Turns out, kissing Chase Croft — Boston’s most eligible bachelor — may be enough to convince even a girl who’s given up on love to let down her guard one last time…
NOT YOU IT’S ME is a full-length, comedic contemporary romance about a girl who doesn’t believe in love… and the man who changes her mind. It is the first installment of the internationally bestselling BOSTON LOVE STORY series and can be read as a complete standalone. Due to sexy-times and strong language, it is intended for readers 17 and up.

Shadowland: A horror anthology (The Box Under The Bed Book 6)
by Multiple Authors

Wealthy eccentric Dr. Aumental tasks his Literary Arts students with tracking down and exploring the root elements of horror stories and ancient folklore they’ve known since they were children, allowing them to travel anywhere in the world. As each group of students embarks on their journeys, they encounter legends, fantasies, lies – and the awful truths none of them could ever have imagined.
* After a cave-in, a mine foreman stumbles upon a deadly buried secret.
* A childhood game of Hide and Seek creates ghostly repercussions.
* Seeking help from disabling arthritis, a New Orleans pianist takes a voodoo cure – but the price is not what she thinks it is.
And many more!

A wide ranging thrill ride that any horror fan will enjoy!
Compiled by USA Today bestselling author Dan Alatorre, this anthology of horror once again unites the minds and talents of more than a dozen amazing authors. 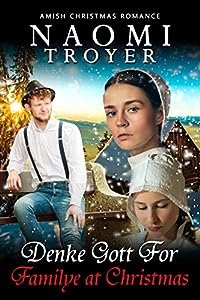 Denke Gott for Familye at Christmas
by Naomi Troyer

When three siblings reunite before Christmas, memories of their troubled childhood come crashing back.

John, Sarah, and Anna didn’t grow up in a loving home. Their mother passed when they were still young, and they became targets for their father’s grief, anger and disappointment in life. Unloved, they all moved away as soon as they could.

But when they receive word of their father’s critical illness, all three siblings have to face the past. Can they ignore their father’s immortality, or is it time to make peace, travel home and say their goodbyes?

Each with regrets and problems of their own, the only thing they have in common is their mutual anger and resentment towards their father.

It’s almost Christmas and while they are trying to come to terms with the past, faith has other plans.

Can a Christmas miracle reunite this broken family? Will they have a chance to say goodbye, or will this Christmas bring more heartache than their childhood memories ever could?

Enjoy this Christmas novel that deals with genuine relationships, regrets and, of course, miracles. 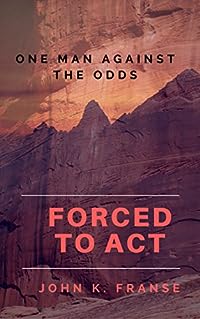 Forced to Act: One Man Against the Odds
by John K. Franse, Marijke Jansen

J.B. Freeze is a cowboy with a conscience. When a drug dealer moves into town with two kidnapped girls he rescues them and soon becomes a target himself. He must summon all his skills and resources to avoid being killed. Now he is alone on a wilderness trail with a brutal man and his army pursuing him in a gut-wrenching trek to an iconic peak in the southern Rockies. It is here on a mountain top in a raging storm that two adversaries meet in an age old battle between good and evil. 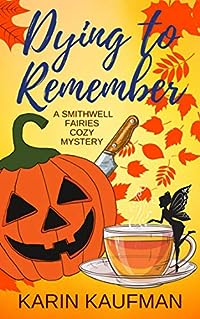 The 1st book in the Smithwell Fairies Cozy Mystery Series!

Weary of her ordinary life in ordinary Smithwell, Maine, Kate Brewer jumps at the chance to help an elderly neighbor, Ray Landry, investigate an unsolved murder. But Ray’s memories of the killing are at odds with the official report, and most people in town would rather forget about the tragic event. When Ray’s investigation turn deadly, past and present collide and Kate must act quickly to uncover the truth.

As Kate hunts for clues, she makes a discovery that will change her life forever. It seems that Ray’s talk about fairies in the woods of Smithwell was more than just talk — and reality isn’t quite the ordinary thing Kate imagined it to be. Can she and her new sleuthing partner, a determined little fairy named Minette, solve two murder cases before a third body shows up?

This light, cozy mystery offers a clean read with a female amateur sleuth in a small-town setting. No foul language, sex, gore, or graphic scenes of any kind. It can be read as a standalone, but it will be enjoyed more as part of the series.

A TICKING TIME BOMB WITH THEIR DAUGHTER AS THE HOSTAGE

A mysterious package is delivered to Hamilton DeShear and Jaden Trinn – by a driver who then brutally commits suicide on their property.

The box contains a message from Dr. Marcus Hauser, who everyone is certain is dead, stating: When the couple’s adopted young daughter was in Hauser’s custody, an explosive device was implanted in her head. It will detonate in 72 hours and kill her – unless DeShear comes to a secret location.

The obvious trap will deliver DeShear to Angelus Genetics, a criminal enterprise the couple shut down, but they can’t risk their young daughter’s life.

Dr. Hauser’s lost artificial intelligence program might be the key to subverting his plan – if Trinn can find it in time. The one person who can operate it is 4,000 miles away, locked up in prison, and has sworn to kill her.