I woke up this morning to cute cats, pumpkins, and spiders. The holiday season has officially begun for me. I spent all of Sunday decorating the house inside and out for Halloween. It takes me one full day to put all the decorations up, not including the ones I use on Halloween. That’s two more totes on top of the six totes I have filled with decorations. Each year, while I am bringing the totes down from the attic, I say I am going to clear out the stuff I don’t use and  consolidate the decor into fewer boxes. I usually take out one thing, then find myself at the store buying more that I absolutely have to have. I always think to myself that this will be the last thing I buy. Yaaa…nope. 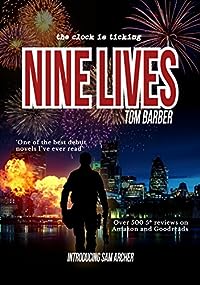 Colorado Gold MYSTERY AWARD WINNER. Daphne du Maurier Suspense Finalist.
A MAN COPES ANY WAY HE CAN AFTER KILLING HIS ONLY SON.

His team believes he’s calm and Zen. His boss finds him obsessive. Suspects think him gorgeous but dangerous. They’re all right.

Chief Inspector Gray James is sculpting the remembered likeness of his small son when he receives the call – a faceless corpse is found hanging by the choppy river, swirls of snow and sand rolling like tumbleweeds.

Montreal glitters: the cobbled streets slippery with ice, and the mighty St. Lawrence jetting eastward past the city. One by one, someone is killing the founders of a booming medical tech startup – propelling Gray into a downward spiral that shatters his hard-earned peace, that risks his very life, that threatens to force him to care and face what he has shunned all along: his hand in the storm.

From the prize-winning author comes a psychological, page-turning mystery with all the elements one needs on a rainy night: a complex murder, a noble yet haunted detective, and an evocative setting to sink into. 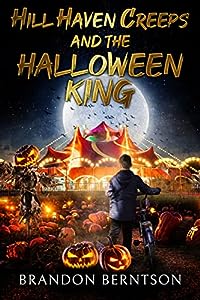 It’s Halloween in Hill Haven Creeps, and the All Hallows Eve Midnight Traveling Spook Show has come to town. Empty tents flap in the breeze, but there’s no sign of the carnies.

For a group of close friends, the festivities have just begun. A masked figure haunts Trevor Sheevis in every reflection. Cole Reagor’s dream of being a stand-up comedian suddenly isn’t so funny, and Tommy Gallaghan’s cell phone makes ominous threats.

The prettiest girl in school is smiling at Mathew Potts, and the monster Ashley Gifford fears most sleeps under his very same roof.

When their friend, Steven Delhomme, ends up missing, their worst fears come true.

The smell of autumn leaves is in the air, the first pumpkins are aglow, and the crows are gathering in the cornfields. The moon is full, and something is visible beyond the veil between the living and the dead calling itself the Scarecrow King.

As Halloween approaches, the dead exchange places with the living, and the All Hallows Eve Midnight Traveling Spook Show opens its doors.

In Hill Haven Creeps, every fear will come to life.

And every dream will turn into a nightmare.

Author’s note: This is a teen/coming of age horror novel rated PG-13, so it’s good for the whole family to share. Some mild language, mild violence, and very little gore. But lots of spooky chills. The ship, Queen of Glory, is pushed toward the Texas shores by a force-4 hurricane, with the Royal Prince, Rudolph of Austria aboard and his Baroness mistress. The European royalty has organized an expedition stretching from Galveston to Tombstone, Arizona and his government’s diplomats have demanded the United States provide an escort. Headquarters notify Captain Rowdy Bates — his entire Ranger post will meet Prince Rudolph and personally act as his bodyguard and guide — eventually delivering the couple to the Arizona Rangers to continue their voyage across the west. Abigale Burrs has her sights on a Texas Ranger, and she’s got some tricks up her sleeve to win him over.Will Captain Bates and Nati Buena Fuente’s wedding be indefinitely postponed in the face of such a lengthy journey?How will the wagon train of wealthy European royalty make it across the Wild West with every Indian, bandito and American rustler across the state aware of their location?Will Tuc and Potak, the Tonkawa scouts, keep the prince from being killed in the trek across Texas? And will they find their magic tree? 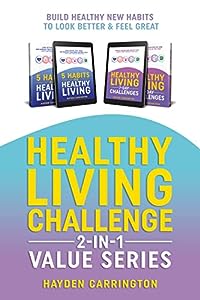 Do you want to improve your health without making dramatic changes to your lifestyle?
According to a recent study published in the Mayo Clinic Proceedings, “97.3% of American adults get a failing grade on healthy lifestyle habits.”

With the Healthy Living Challenge: 2-in-1 Value Series, you will discover the most important changes you can make to improve your health without completely overhauling your daily routine so you can lead a longer, happier, and healthier life including:

• How to trim your waistline with one new habit

You will get the 5 Habits for Healthy Living and the Health Living 7 Day Challenges in this 2-in-1 bundle. What are you waiting for? Take the first step toward a healthy lifestyle and new healthy habits today. 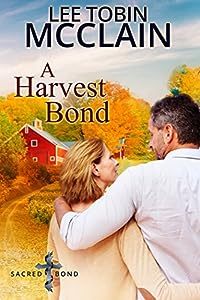 Widower John Moretti feels like a kid again. Healthy living, working his Pennsylvania farm, and mentoring troubled boys have brought him back from grief and illness into a whole new life.

Emily Stern has recovered from losing her husband too young, and she can’t wait to get started on her dream: creating a rural retreat for struggling midlife women. The farm she’s inherited is the perfect place, so much so that she’s willing to move across the country to make it happen.

But when Emily arrives at the Covenant Farm, she’s shocked to find her long-ago love, John Moretti, living there… and contemplating very different plans for the place. Forced to compromise by staying at the farm together, they quickly realize there’s still a spark between them. But only John knows what else stands between them: a secret that could break Emily’s heart.

Jump into the final novella of the Sacred Bond series… a touching love story about sowing, reaping, and gathering in the harvest.

Tessa Morley has spent her entire life in the shadow of her beautiful and bewitching twin sister Tania. Unlike Tania, whose vivacious beauty and outgoing personality have ensured that she is forever in the limelight, Tessa lacks her sister’s confidence and has always been exceedingly shy. Although blessed with the voice of an angel, and musical talent that far surpasses that of her twin, Tessa has never been given the same kind of chances as her sister because she happened to be born lame.

With the dream of a stage career out of reach, Tessa has taken work as a secretary for Quentin Otway, the arrogant and temperamental artistic director for the Northern Counties Festival who, along with famous conductor Oscar Warrender, is responsible for the gathering of significant musical talent for the festival. Tania, determined to be cast in the festival’s production of Cosi fan tutte, convinces Tessa to ask Otway for an audition — and without warning Tessa finds herself having to deny her one great talent… her voice.

As upsetting as the situation is, Tessa is willing to bear the hurt for the sake of her sister, whom she loves dearly, but then it seems Tania will even rob Tessa of the man she loves. Her only consolation comes in the form of Oscar, whose keen ear identifies Tessa’s skill and who insists that for the first time in her life Tessa must take centre stage. Will Otway see Tessa for who she really is? Or is she doomed forever to be overshadowed by her sister?