I get so excited planning all the food I will serve at this years Halloween party. Eggplant Parmesan, lasagna, ghost shaped chips, and my mother in laws chili. I am also baking brownies and pumpkin cupcakes..CUTE!!! My poor hubby asked what’s for dinner last night and I huffed like a brat. How is it that planning food for a party is so easy and fun, but just a regular simple dinner makes me crazy. Not to mention that all the food I just listed would be wonderful dinners on their own. I have to change my mindset and think of each night as a party. Maybe then I won’t throw a temper tantrum every time I am asked whats for dinner. 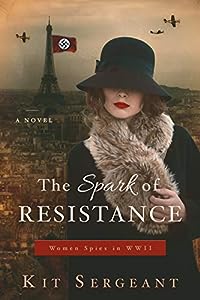 The Spark of Resistance: Women Spies in WWII
by Kit Sergeant

As the free world crumbles beneath Hitler’s jackboot, the French Resistance is depending on these women to change the course of history… Daring Mathilde Carré has always dreamed of glory. When the handsome Armand invites her to become his second-in-command of Interallié, one of the founding circuits of the Resistance, she jumps at the chance. But when Armand falls for another woman, how far is Mathilde willing to go to exact her revenge?

When Odette Sansom, a married mother of three, is recruited to become a spy with the Special Operations Executive (SOE), she reluctantly accepts, knowing that she might never see her family again. Living a life in shadows with a false identity, Odette experiences more freedom in Occupied France than she has ever known, and her circuit leader, Peter Churchill, is everything her husband isn’t. But one man threatens to destroy all they’ve achieved…
Didi Nearne has always lived in the shadow of her sister, Jackie. Although she dreams of becoming an agent with the SOE like her sister, they hire her as a wireless operator instead. As the networks are infiltrated and the on-the-ground agents disappear, Didi is finally given her chance. Will she be able to avoid the Gestapo or suffer the fates of her fellow spies? 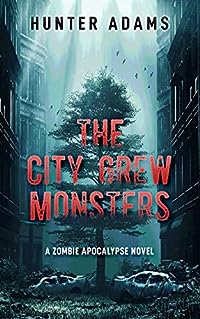 Can a little girl survive a zombie apocalypse?

After her mother was killed by an intruder, six-year-old Magdalena “Maddy” Ruiz creates a rule for herself: avoid strangers. Always.

But when the zombie apocalypse spreads through San Diego like wildfire, and reaches the Cielo Vista Towers where her father works the night shift as a doorman, she finds herself stuck in an empty 25th floor penthouse… and dangerously close to the new neighbors.

Maddy doesn’t know what a zombie apocalypse is. Or a zombie. She just knows that people downstairs are acting weird. And that her father hid her in a large air shaft vent to protect her.

And then he got hurt. Bad. It’s up to Maddy to save him before he dies like mom did.

However, the only ones who might help are the very people she fears most: the strangers next door.

And with the infected in the building, everyone’s fate will depend on whether Maddy can tell who the real monsters are. 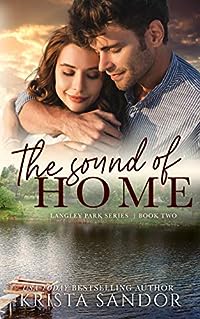 Em MacCaslin wasn’t an ordinary teenager. She was a world-renowned violinist — until the night she endured a life-altering injury and lost the ability to play.

A night she can’t remember.

After twelve years of running from the past, she’s back in Langley Park, and she’s looking for answers.

Sparks fly and passions ignite when the man she blames for her misfortune insists on helping her uncover the secrets surrounding her injury.

But not everyone wants Em to learn the truth. A truth with the potential to kill.

A story of love, music, and redemption, The Sound Home is the second book in the 5-book Langley Park Series where buried secrets and whispers of lost love pull you in and never let you go. This book can be read as a standalone or as part of the series. 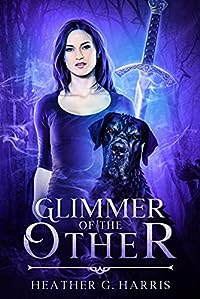 Glimmer of the Other: An Urban Fantasy Novel (The Other Realm Book 1)
by Heather G. Harris

I can tell when you’re lying. Every. Single. Time.

I’m Jinx. As a private investigator, being a walking, talking lie detector is a useful skill – but let’s face it, it’s not normal. You’d think it would make my job way too easy, but even with my weird skills, I still haven’t been able to track down my parent’s killers.

When I’m hired to find a missing university student, I hope to find her propped up at a bar – yet my gut tells me there’s more to this case than a party girl gone wild. Firstly, she’s a bookish soul who’s as likely to go off the rails as Mother Theresa. Secondly, I’m not the only one on her trail; she’s also being tracked by the implacable and oh-so-sexy Inspector Stone.

Stone and I team up, and he shoves me into a realm where magic is real – a place where there are vampyrs and werewolves, dragons and trolls. And where my skills are more than just detecting lies…

Oh, and my dog? He’s a freaking hellhound who can manipulate the magical realms themselves.

I need to find the girl.

I need to discover who killed my parents. 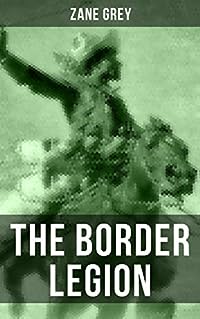 The Border Legion is a Western novel. It tells the story of a cold hearted man named Jack Kells who falls in love with Miss Joan Randle, a girl his legion has taken captive near the Idaho border. The Border Legion was adapted to film, in 1918, 1924, 1930, and in 1940. The film The Last Round-Up (1934) starring Randolph Scott, was also based on the novel. 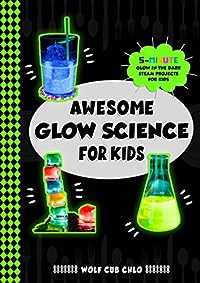 Do you love science but are overwhelmed by all the hard-to-find materials needed for each project?

Looking for a quick, fun, and simple way to bond with your children that doesn’t involve screens?

Do you feel like you’ve completed every science experiment with your little scientists and looking for some simple, fresh, and fun ideas?

This Awesome Glow Science for kids book is packed with super fun glow-in-the-dark STEM/STEAM projects with simple materials that can be completed in 5 minutes or less!

Experiments are simple, easy to follow, include colorful photos, suggest extension activities and encourage curiosity on every page!

Simple experiments for beginners and experts – focus on fun projects and family bonding.

Colorful photos with every project – no more guessing what your experiment is actually supposed to look like.

Experience super fun experiments such as:

• Glow in the Dark Slime

• Glow in the Dark Rocks

• Glow Water and much more!

This book of glowing STEM experiments for kids provides a fun and quick projects that keep the focus on fun family bonding, exploring, and learning with your junior scientists. Spark a lifelong love for STEAM/STEM, reading, learning, creativity, and curiosity with Awesome Glow Science for Kids: 5-Minute Glow in the Dark STEAM projects for kids.