I don’t think the zombies are out on Halloween. They actually come out the day after. Another successful Halloween is now behind us. I am a little embarrassed to say it, but despite the fact that it is November I still have all of my Halloween decorations up. Today is going to be a long day of cleaning, and finding all the hiding places of the candy I kept stealing from my baby bassets. I must have at least ten or twelve Peppermint Patties hidden in drawers and under pillows around the house. I know it’s too early to even think about the weekend, but I am so needing a nap. 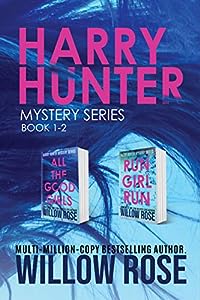 Mystery, love, and action this series has it all.

BOOK 1: ALL THE GOOD GIRLS:
Detective Harry Hunter of Miami PD’s homicide squad throws himself into a case no one asked him to solve.

Four teenagers from one of Miami’s affluent neighborhoods are murdered on a boat. Another is found dead in a dumpster. All five of them go to the same school and are on a list of witnesses to another crime.

BOOK 2: RUN GIRL RUN:
When a mother and her child are pulled out of the harbor in their car, the case seems pretty straightforward for Miami PD and Detective Harry Hunter.

Everything points to a murder-suicide.

They were homeless, living in their car, and the mother decided to end it all for them both by driving into the water.

But the case is not what it looks like, Detective Harry Hunter soon realizes.

Harry’s daughter is carrying devastating knowledge about their deaths, and soon she becomes the killer’s next target.

As Harry races to protect her, he is betrayed by someone he thought he knew, leaving him terrified of trusting anyone in a town filled with liars.

The Gifts of Pandora: Eschaton Cycle (Tapestry of Fate Book 1)
by Matt Larkin

The winding road of fate unfolds…
In the last days of the Silver Age, the tyrant god Zeus takes whatever and whomever he wants with impunity. He has already torn Pandora from one home and now he threatens to destroy another.

When he turns his wrath upon Atlantis, Pandora flees with the Titan Prometheus. Despite her bitterness, Pandora finds a friendship she never imagined possible. But Zeus is not done with Prometheus, and what Pandora will face next will make all she has endured pale in comparison.

But Pandora has considerable gifts of her own, not least her cunning mind. When Zeus binds Prometheus, Pandora swears to turn all those gifts toward bringing Zeus down and saving her one true companion.

Christmas Ever After
by Karen Schaler

While promoting her next novel, a Christmas love story, author Riley Reynolds is caught off guard when she’s asked during a live national television interview how she can write about romance when she still hasn’t found “the one” herself. Scrambling for an answer, she quickly answers that she has had great love in her past and that love inspired her novels.

Little does she know that this one offhanded remark will turn her world upside down. Three of her ex-boyfriends see the interview, and each, believing she’s talking about him, shows up for her Christmas Camp book event at the Christmas Lake Lodge, determined to rewrite his happily-ever-after with her!

Over the festive weekend, Riley’s old boyfriends compete to win her heart, pulling out all the stops while planning the most romantic Christmas dates on the planet. Despite herself, Riley starts falling for each guy — again — but for different reasons. As Riley revisits each relationship and discovers more about herself, she embraces the magic of Christmas and finally finds true love and her own Christmas ever after…

A Battle of Loyalty and Vice: A Historical Western Adventure Book
by Austin Grayson

After the end of the Civil War, Jack Tremont returns to his family’s southern plantation after having fought for the North. Tensions remain high between him and his older brother, who fought for the South. Will they set their differences aside and fight against the rival plantation owners who are moving in to take their land and fortune for themselves?

Corruption, treachery, and coldblooded murder are only a few of the problems Jack will have to face. If he doesn’t stay united with his brother, he risks losing his family, his newfound love, even his own life. Will Jack’s peaceful inclinations override his brother’s hotheaded, warlike tendencies, or will a brutal slaughter be inevitable? In this impossible situation, will love triumph, or will it be crushed by the forces of greed and depravity?

The soul of the nation is at stake, and one family will either stand together or be torn asunder. Vivid imagery and complex characters enrich this tense and violent drama, an epic story of sacrifice and scheming with twists and turns that will keep the reader flying from page to page. 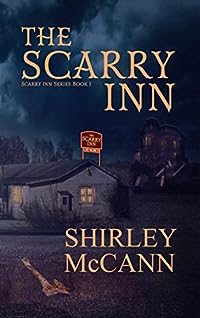 The Scarry Inn
by Shirley McCann

They Thought It Was A Harmless Fright-Themed Inn
Convinced they are the victims of a sick, practical joke, Heidi and her three friends are resigned to spending the night at The Scarry Inn, even though the atmosphere is anything but welcoming. Surely the owners, Dick and Thelma Scarry, are simply trying to drum up business for their new motel by terrifying the guests.