Not A Proud Moment

I was so jealous of my pup Junebug yesterday. The rain and cold weather had kept her under a nice warm blanket most of the day. Lazy dog. Even though I am sick as all heck, I still have to get work done, and drive the baby bassets to and from school and appointments. Around 4pm yesterday Junie was still under a blanket all snug as a bug. The jealousy raged in me. I gently pulled her out of her cocoon, and put her outside. I said it was because I think it was time for her to do her business, but in reality I just wanted her to taste what real life was like for at least a minute. I am not proud of myself. 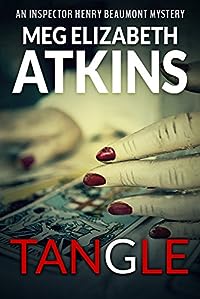 Murder is on the cards…

When Arnold Peabody dies, nobody but his grasping cousin Edith takes much notice.

A quiet, ineffectual little man, he was lost following the death of his domineering mother — and took his own life shortly after her demise.

The death of Mildred Hewitt, on the other hand, is an entirely different matter.

A pillar of society and formidable matriarch in Avenridge, Mildred falls to her death from a local beauty spot one snowy night a few weeks after Arnold’s death.

Like Arnold, her son Gilbert is helpless without the commanding presence of his mother… but Gilbert goes even more spectacularly off the rails.

Puffed up with his own sense of self-importance and twisted sense of reality, Gilbert is entirely incapable of life on his own.

He decides, as Arnold had done, to visit a local medium in the hope of obtaining some contact with his mother from beyond the grave — something, anything, that will tell him what to do.

There he meets the mysterious Veronica, who quickly becomes his guardian angel… or does she have a more sinister motivation for inserting herself into Gilbert’s life?

Chief Inspector Henry Beaumont, a frequent visitor to Avenridge since his years there as an evacuee, finds himself increasingly involved in the Hewitt case — which smells of murder.

The case of Arnold Peabody, and its similarity to the Hewitt case, flickers at the back of his mind and Henry begins to wonder if the two deaths are not connected.

Incidents from his childhood, blurred by time, return to haunt him as Gilbert spirals into madness, stirring up memories of old scandals and bringing long-forgotten people back into play.

As Henry unpeels layer upon layer of old scandal and undreamed-of connections, Veronica becomes ever more elusive, leading him to wonder if he can find her before tragedy strikes yet again…

Tangle is a thrilling murder mystery novel, so full of drama and suspense that you won’t be able to put it down.

Meg Elizabeth Atkins has won many plaudits for her fiction on both sides of the Atlantic, and reviewers have compared her to Elizabeth Bowen and Barbara Pym for the elegance of her writing. In several of her earlier novels, such as Samain, Palimpsest and Tangle, she has explored the disturbing undercurrents beneath the polite surface of English middle-class life, and in Cruel as the Grave forces erupt through the repression and containment of daily existence with violent consequences. Meg Elizabeth Atkins lives with her husband in a North Yorkshire village. She teaches creative writing and her other books include By The North Door, Cruel As The Grave and Samain. 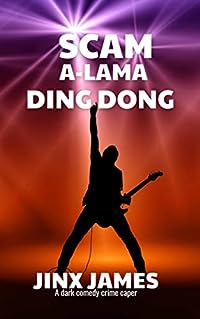 “Hilarious! I lost sleep because I kept wanting to find out what happened next!” – Amazon Review * * * * *

Slide into the sleazy side of Show Business and uncover a sneaky scheme to con the rock star, in a humorous exposé of deception, corrupt behaviour, celebrity, lies and love. Rock Stars like Marc Charles don’t like being messed with by crooked con artists. Ambushed by a Show Business organization operating a hostile mafia-like scam to scalp him, jaded Rock Star Marc Charles knows he’s got to fight back to survive. He can play dirty too! But can he turn the tables on the crooked “Pay-to-Play” scammers? Can he trust his horny, tough-as-nails agent, now that her company has been taken over by the same scumbag corporation?
Right in the thick of it, Marc falls for Samira, his beautiful new PR Princess. But she’s from a different age. The alluring heartbreaker isn’t taking any of the rock star bull that Marc tries to lay on her. As he battles the panhandlers and the racket that threatens to ruin him, Marc, like any red-blooded rock star, keeps up the bedroom antics, gets caught up with some kinky KO’s from crazy Bad Girl TV Star Morgana, and belts out a little hot guitar. Then he astonishes everyone by pulling off a humdinger of a plot twist in the mind-blowing finale. If you love Carl Hiaasen’s dark humor, and Donald Westlake’s crazy cons, you’ll get your kicks with this thrilling fast-paced humorous dark comedy.

Emma, a privileged young heiress, decides to mentor Harriet Smith, a pretty boarding-school pupil, and to matchmake her as eligibly as she can… But how is she to guess that Harriet has a secret?

Meanwhile, the brilliant, penniless Jane Fairfax consents to a clandestine engagement with Frank Churchill – though not daring to confess, even to him, that she is being relentlessly pursued by her best friend’s husband.

Harriet sidelines Emma herself in favour of the ingenious Harriet and the fascinating Jane Fairfax. It is Emma – but an Emma with a surprisingly believable twist in its tail.

“A dynamic take on a revered classic. This is still Austen’s Emma — but the story that unfolds through the recollections of these two ‘side’ characters feels remarkably fresh… With or without an understanding of Emma, Harriet contains a fully formed narrative that should satisfy even the choosiest Austen fans… Readers will rarely find the words ‘page-turner’ and ‘Jane Austen’ in the same sentence, but McVeigh’s impeccably written Harriet certainly fits the bill.” (IndieReader editorial review)

“A highly engrossing novel that captures the spirit of Austen and celebrates all the best qualities of her work from new and innovative angles… The characters are vibrant and full of life – McVeigh hits the mark spot-on.” (Readers Favorite editorial review) 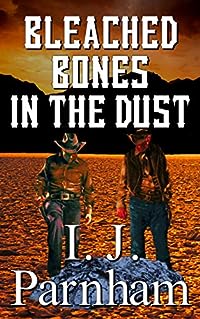 Bleached Bones in the Dust
by I. J. Parnham

For twenty years, bounty hunter Montgomery Grant searched for Lomax Rhinehart, desperate to make him pay for an atrocity he committed during the dying days of the war.

So when Grant’s friend, Wallace Sheckley, told him that he had found Lomax, Grant followed him to Sunrise, but Arnold Hays and his gunslingers were holding the town in the grip of fear. Nobody would help him and worse Wallace had gone missing and Lomax was nowhere to be found.

With Arnold Hays the key to Grant finding out what has happened to both his friend and his enemy, he must turn to his gun to get the answers he needs… 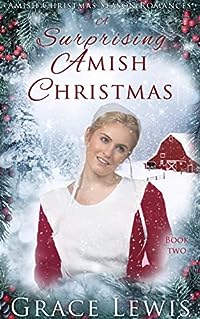 Christmas is a time of joy. For Anna, can it also be a time for healing?

Anna Miller lost a part of herself when she lost her husband. As she struggles through the murkiness of grief, she knows she has to muster the strength to go on for her son, James.
Despite debilitating self-doubt, Anna wants to provide James with the kind of life he deserves. Long hours spent over the crochet table take their toll on her and leave her wanting something more.
Widower William Troyer needs a fresh start for himself and his daughter. Disillusioned by the community he grew up in, William struggles to reconcile his long-held feelings. He’s not a man who can forgive or forget, and that makes him keep his distance. But Anna’s kind heart and giving spirit stirs something in him, and that makes him nervous.
On this Christmas day, can two grieving souls heal and find joy despite all they’ve been through? 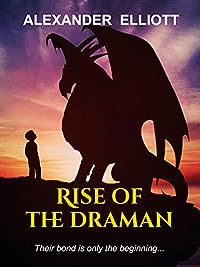 Rise of the Draman: A medieval action/adventure fantasy
by Alexander Elliott

Orphaned as an infant, Croft spent his early years in the harsh confines of the Abbey, dreaming of befriending a dragon. When the day finally came, an accident leaves him utterly changed and bonded to a beast named Rueloo. Facing prejudice and fear, Croft builds a quiet life in the nest among his dragon friends — unaware his unique abilities would soon be needed.

With a powerful foe marching towards their borders, King Augustus appeals to the dragon child for his help. Croft’s example of sacrifice, kindness, and bravery inspires the people of Spiredale to unite and overcome. With the dragons, they forge a powerful alliance and embrace an entwined future neither were expecting.

In this five-story collection, join Croft and Rueloo for a series of adventures filled with intrigue, survival, love, sorrow, and triumph. Their bond is only the beginning… 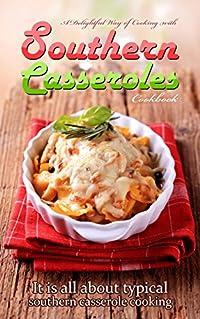 It is said that when you make a single serving dish and then you divide that among people then that can be called as casserole. This is age old and typical meaning and is the reason why you will find dishes like lasagnas and cakes in this southern casserole cookbook.

You can find all kinds of dishes and also an array of ingredients. They are so flavorful that you will fall in love with southern casserole cooking.

This southern casserole cookbook is divided into several sections like soup and stew, sides and appetizers, main course, dessert and salad. Each section has the selected and delicious recipes that you will love. By now, you should know that you can do any kind of southern casserole cooking as there are so many options available for you in this cookbook. Start following your heart and make the dish that appeals you the most. Have fun with cooking!!