That Was A Scary Thought

Just thinking about the Costco pumpkin pie makes me super ultra giddy. Only $7.99 for a whole lot of pumpkinny goodness. And it’s HUGE! Usually when I have cakes or pies for a large group I always get a bit panicky that there will not be any leftovers for after the party when I put on sweatpants and cut up an unreasonably large piece to enjoy on the couch…alone. Thankfully the Costco pumpkin pie is cheap enough, I can always buy two. YAY! I don’t even need to add it to my shopping list. I have been thinking about that pie every day since Halloween. Erg… I added it to the list. I just got a little panicky I would somehow forget to pick one or two up. EEK! That was scary! 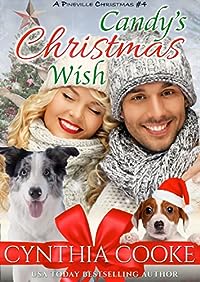 On the verge of losing her house, her business, and her dog, Candy needs a Christmas miracle. What she gets is Lincoln, the man who broke her heart, back in her life and renting her house.

Lincoln’s world changed with an IED explosion in Afghanistan. He lost his sight, and three of his men in the attack. He shut down during those months in the hospital but has returned to Pineville to recuperate from major surgery. Estranged from his family, the closest rental to his occupational therapist is the home of Candy, the woman he’d worked so hard to forget. He didn’t want her to see him this way, didn’t want his feelings for her to prevent him from completing his mission — the return to his unit.

Candy lost her heart to Lincoln before, and he cut her loose. She wasn’t about to give it to him again. Once his eyes healed, he would leave. She couldn’t let her unresolved feelings for him get in the way of what was important: save her bakery, keep her dog, hold on to her heart. It would take a miracle for both to get their wishes. Sometimes miracles happen in Pineville, and sometimes they happen in very unexpected ways. 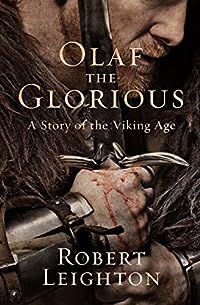 Olaf the Glorious: A Story of the Viking Age
by Robert Leighton

The epic life saga of the tenth-century king of Norway from the British author of The Thirsty Sword and other historical adventures.

Norse history comes alive in this story of a Viking who became a king. Though he had a humble start in life — orphaned as a child and sold into slavery — Olaf became known for bringing the Roman Catholic religion to the early Norwegians.

Olaf’s heroic life — from his time in King Valdemar’s court to his Viking exploits and battles to his ascension to the throne of his native land — has been heralded in Icelandic sagas. These provided the inspiration for nineteenth-century author Robert Leighton’s historical novel of Middle Age valor and glory. 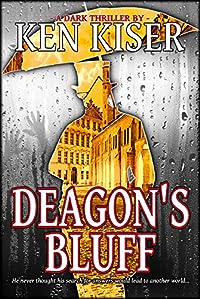 Deagon’s Bluff is a suspenseful dark thriller set in a gaslamp parallel world with elements of occult-magic and themes of friendship and love.

“I see things in the rain… strange things.”

Discovered as a baby in the arms of a dead woman, Deagon has always been haunted by the mystery of his origins. He never thought his search for answers would lead to another world…

Deagon soon finds himself swept away into a strange gaslamp world of perpetual dusk, where the rain is eternal and the sun never shines. Lychwood is a cursed village, isolated in the Void between worlds and tormented by a powerful demonic entity known by many names: The Foul One, The Festering Spirit,The Dark Child…

An unfinished spell and the shadow of a dark ritual hangs over the fate of all. Events set into motion decades in the past are hurtling toward a heart-pounding conclusion where Deagon’s choices will decide the future of two worlds.

What he learns of his past could be the key between life and death.

Warflower: A True Story of Family, Service, and Life in Alaska
by Robert Stark

Bob Stark had no plans after high school. With his brother locked away in the only maximum-security prison in Alaska, his mom working overtime at the local grocery store, and his bad habits getting worse, he saw no hope for the future. Until the Army recruiter came to school offering an escape. Bob envisioned romantic adventures in Italy, life-saving missions in Africa, and friendships built on tough times – he wanted to be an honorable, dependable, and brave man – all of the things he was not. He signed the papers, and five days after graduation was sent out.

After basic training and airborne school, Bob is stationed in Italy where his eighteen-year-old dreams of travel and romance are cut short when his unit is ordered to parachute into Northern Iraq. He spends the next year in Iraq learning more than he could have ever imagined.

Four and a half years later, after two deployments and a long list of life lessons, Bob leaves Fort Campbell, Kentucky on a road trip west with the hopes of falling in love with the country he fought for. Along the way, he reunites with family and friends – from his happy-go-lucky mother in Arizona who talks to her incarcerated husband on the phone whenever she is not at work, to his foul-mouthed grandmother in Idaho who wears one glove and drinks beer with ice all day long, until finally reuniting with his high school sweetheart in Las Vegas – Bob begins a new chapter of self-discovery and acceptance that just may allow him to be the man he always wanted to be. Warflower is a coming-of-age story about family traditions, brotherhood, and one boy’s journey into manhood without a father to teach him. 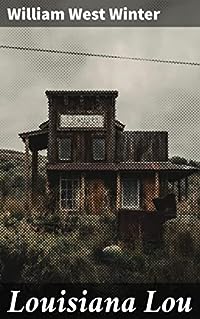 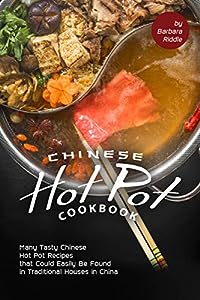 Hotpots are simply awesome!
There is so little hassle involved because once the broth is prepared, your diners will be primarily doing their own cooking. Hot pot meals are so easy to put together, all you need to pull them off is some seafood, meat, vegetables, noodles or rice.
One of the best things about hotpot cooking is it is a great tool to use together friends and family together at the dinner table. Even children enjoy the fun of cooking their own food and fishing out of the tasty broth. It indeed is a fun way to cook and share a meal with friends and loved ones.
Many hot pot recipes include spices. If you are serving a hot pot to children, you might want to cut out a few of the spicier ingredients so it will be a tastier experience for the young ones at your dinner table. 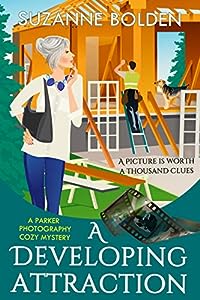 Is it too late to right the wrongs of the past? Or will old grudges and twisted grievances lead to murder in Harmony?

Jackie and her friends are excited to learn their old high school buddy is going to be building a second home in Harmony. But a worker’s injury on the construction site of Keith’s new home complicates things and fingers of blame point in different directions.

With the shocking discovery of Keith’s body all the happiness of the reunion is upended. When his young wife arrives, she leans on Scott Drake, Jackie’s boyfriend, to help deal with her husband’s murder. Suspicions of a growing attraction between the beautiful widow and Scott leave Jackie confused and hurt.

Old hurts and past wrongs bubble to the surface as the police chief’s investigation narrow the list of suspects. Does the motive lie buried in the past or is it right in front of him? Chief Jeff accepts Jackie’s help, cautioning her against letting personal feelings cloud her thinking. But can she?

Hugging the banks of the Wisconsin River and rising into the wooded hills and bluffs, the community of Harmony invites you to be whisked away on another cozy mystery escape.