Fallen by P. Abbott is an Adventure into the stars and the PTSD mind. Grab your copy of the incredible book today! 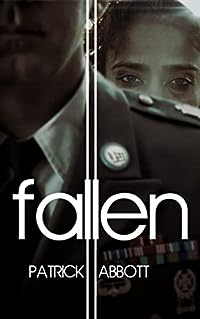 An Adventure Into the Stars and the PTSD Mind

Intelligence Officer Brendan Sean Murphy has served his country on the Middle East and Central Asia battlefields. However, his hard-won successes overseas came at the cost of failures at home. These events have drained his soul, leaving him racked with PTSD.

However, his life changes when he intervenes to stop an anti-alien terrorist attack on the subway. Now, he is thrust into interstellar politics with the government naming him an intelligence attaché to the Sabia, a race that closely guards its own secrets.

Militias, corrupt politicians, and countries seeking military aid from the Sabia challenge Brendan’s mission. On top of this, a medical mystery complicates the balance. Brendan’s only chance at success involves accepting the impossible and unutterable. Only then can he learn the secrets in this Fallen world.