I am crazy. I am going out into the world to try and do a few returns. Me, and the rest of the world. Normally I would avoid it like the plague, but I am trying not to eat all the cookies in the house. I am failing. At least if I go out and accomplish something, I will deserve a few cookies. Kinda like a point system. Braving the outside world is 10 points. Returning items to a large box store, 5 points per item. Now if you consider 5 points equal one cookie, then I have a pretty good snack just walking out the door. If I go to the grocery store, that is easily 20 points. Well NOW I am motivated. 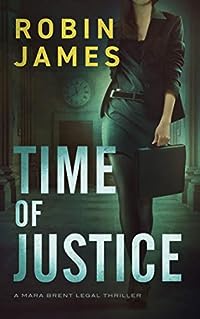 This trial should be a slam-dunk. A faceless powerbroker has other ideas…
Small-town prosecutor Mara Brent pits herself against the toughest criminals without flinching. But she harbors a soft spot for the victims who rely on her courtroom skill, especially the wheelchair-bound rape survivor she’s known since her first day on the job. So when her friend’s unsolved case reopens with a DNA match and an arrest, she’s determined to finally bring a monster to justice.

Though the suspect is accused of dozens of similar assaults, only Mara’s case has the iron-clad evidence to put him away. But unexpected bombshells at trial threaten to muddy her black-and-white conviction into frightening shades of gray. She suspects there’s a sinister conspiracy out to torpedo the verdict… and her career.

Can Mara uncover the truth before a serial rapist walks free to strike again? 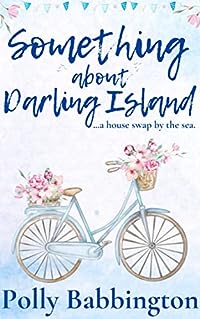 Something about Darling Island… a house swap by the sea.
by Polly Babbington

The brand new trilogy from the author of The Boat House Pretty Beach.

It’s time for us to get back to Darling Island where the local time is so very far from care. Please remain seated with your seat belts fastened and trays in the upright position until we have crossed over on the floating bridge. Get ready for the ride, people. This is going to be good.

With her only son away and her only friends scattered all over the place, she’s wondering what life is all about. She lives day to day via her online groups, cooking for one, pottering with her garden and receiving one too many visits from the postman.

One morning as she’s sitting in the office after a particularly interesting conversation with her laptop, an online post catches her eye.

Come and stay in my gorgeous old mews house on Darling Island and enjoy all the coastal delights in the sweetest little house nestled by the sea. With its floating bridge, vintage Darling Street trams, delightful cosy pubs, gorgeous old fishing boats and secret cafes tucked away down little lanes, while away your days Darling style. Enjoy long walks by the sea, get to experience the blue waters of Darling Island’s bay and lap up the special flora and fauna all around.

Before Jane knows it, she’s swapping her three-storey house in a leafy London street for a tiny little place on an island shrouded in a hazy blue.

Will Jane’s life swap end up opening her eyes to everything that’s been missing in life or will she be wondering what in the world she’s done? 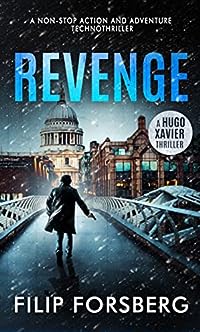 They shot his brother. He’ll hunt them down.

Ex-Special forces Hugo Xavier is thrown into the fray when his twin brother is shot. As he hunts the assassin, he must confront a culprit with motives that extend beyond his brother to a deadlier conspiracy that could ravage the world. Hugo is thrown into an international conspiracy where nothing is as it seems, and he must use all means to survive.

Who shot his brother and why?

The House on Hydrogen Hill
by Peter Truckel

A simple delivery job for brothers Louis and Nathan Apostle, leads them into a bizarre adventure. After collecting an unusual piece of stolen scientific equipment from a derelict warehouse in Detroit the brothers are told to deliver it to the town of Planck’s Island. The town isn’t on any maps, and can only be found by following a set of strange, handwritten instructions, which predict their every move and seem to reveal a comprehensive knowledge of future events. After surviving an arson attack by a pair of over zealous Mossad agents the Apostle brothers team up with a giantess called Little Inge and her friend – the ghost of Robert Oppenheimer. Pursued by various intelligence agencies and a psychopathic dwarf called Erwin, they travel to Planck’s Island – and The House on Hydrogen Hill… 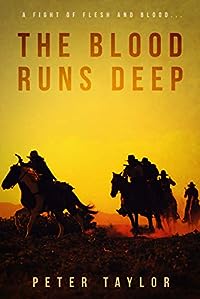 They were brothers. But is blood enough?

Jim and Aaron were brothers. Jim was dark-skinned and Aaron was white, and this created a chasm between them that widened when Jim ran off to fight in the Civil War.

After the war, and fleeing from the army and hostile Comanches, Jim rides into Texas seeking his mother. But soon the two brothers are united in pursuit of renegades and Red Bill, an adversary from Jim’s war days… Jim and Aaron’s relationship is tested. Does their shared blood count? 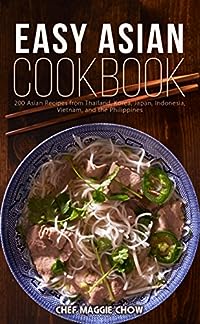 Discover the Most Delicious Asian Dishes with these 200 Asian Recipes!

Not only will this cookbook teach you EVERYTHING there is to know about Asian Cuisines. You will learn the EXACT culinary differences between each type of Asian food.

When trying the Korean recipes you will learn the art of using pickled ingredients. Thai and Indonesian recipes are delicious spicy and sweet grilled masterpieces. Vietnamese soups are some of the most savory you will ever try. The food of the Philippines will give you a new take on many Western classics. And Japanese is a class of its own.

Join Chef Maggie Chow on an Asian Adventure and Learn the Unique Style of Asian Cooking!