One week until Christmas. When I was a kid a week felt like FOREVER! Each day dragged on and on, and it was torture looking at the pretty wrapped presents under the tree. They taunted me. The week before Christmas was the longest week of the year. Now as an adult I am afraid to blink because full days pass when I do. I absolutly love the holiday season, so when Christmas day comes, it’s kinda sad for me. Sure, people leave their lights and decorations up after Christmas, but we all know it’s over. This week I plan on doing very boring things to make the time pass slowly. Laundry! That’s the worst! PERFECT! 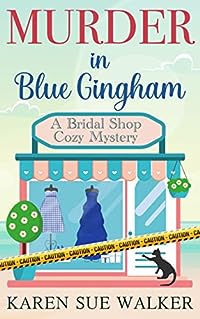 The only thing worse than an unexpected guest is an unexpected murder!
Max Walters is preparing for her best friend Olivia’s wedding when Olivia’s childhood friend arrives unannounced. Max joins all the out of town friends at a rented beach house for a pre-wedding party where the drinks are flowing and old grudges seem close to the surface.

When one of the guests is murdered, nearly everyone is a suspect, including Olivia. Can Max clear her name and find the murderer before she becomes the next victim? 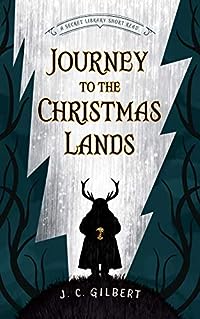 A dark spirit stirs in the north pole, objects of power have been found, and now all hope rests on the fate of one lone reindeer in the wilderness.

Alex Reed steps into a land of legends and curses. She brings light to a trail long darkened, but when the snows fall hard, and the night closes in, Alex will need to choose between her own life and the fate of an entire world.

The company is true, and the quest is noble. But who could blame anyone whose heart is chilled by the soft jingle of bells?

Step inside the most magical library that ever there was and enjoy the first in a series of short reads set Secret Library universe.

Author’s note: You do not have to have read the main series to follow along from this point. Chronologically, the series sits between A New Keeper and Call of Kuyr. 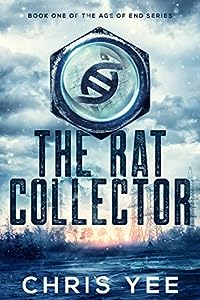 The Rat Collector (Age of End Book 1)
by Chris Yee

One shocking encounter will turn childhood friends into eternal enemies.

Vince’s immortality is no blessing. Unlike his childhood companion from long ago, he refuses to feed on humans to prolong his life. When people from his village start disappearing, he suspects an immortal killer at work…

Saul eagerly takes what he needs to survive his eternal life. But when he comes face-to-face with his adolescent friend and has to answer for his crimes, his intricately woven scheme may meet an untimely end…

As the high price of their existence hangs between them, a powerful new enemy may require them to put aside their differences. Can Vince and Saul join forces or will their decades old feud end in blood and death?

The Rat Collector is the first book in the Age of End series of dystopian sci-fi novels. If you like twisted moral dilemmas, intricate world building, and captivating characters, then you’ll love Chris Yee’s compelling adventure.

Love comes in all kinds of unique packages, but for some people, duty, responsibility, and legacy comes first. Cherry was groomed to fulfill the destiny of her covenant as her parents once did. While running a store full time with her aunt and practicing her conjuring ability, an unexpected attack from a warlock conditions her state of failure mentality. Feeling like she’s at her wit’s end, her aunt presents her with an unexpected gift she couldn’t refuse. Now her comfort is sacrificed and stranger things become her new reality.

Lane, a lonely nomad, has had the same routine for years until he meets Cherry. Immediately, he presumes her to be a threat, but after some time, he understands there is much more to her than meets the eye. His rude nature has Cherry second-guessing her mission, but she soon learns that Lane may just hold the key to saving her covenant, and the real reason behind her parents’ death. Time is of the essence, and they have until midnight of New Year’s Eve to complete her mission, or they’ll be trapped together forever. 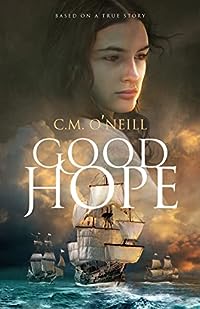 Good Hope: Based on a true story
by C.M. O’Neill

“All I am guilty of is surviving, and for that, I will not apologize.” – Danielle Van Aard

Holland 1651. A young woman finds herself between the devil and the deep blue sea and chooses the latter. To escape a murderous French aristocrat, she seeks shelter on a ship lying at anchor in the harbor, inadvertently becoming a stowaway on a vessel bound for the southern tip of Africa.

Armed with little more than a stubborn streak, and a pair of boots, she embarks on an adventurous and dramatic voyage of self-discovery.

This debut novel sweeps the reader along an epic journey across the Atlantic and onto Africa’s wild and untamed shores.

If you are a fan of historical fiction with unforgettable characters, this book is definitely for you.