The Nanny Tales: The Hamptons series by Jillian Adams

If you like beach romances and flirtatious twists of fate, then you’ll love Jillian Adams’ The Nanny Tales: The Hamptons series. Grab your copy today and get swept away by these amazing summer beach romances! 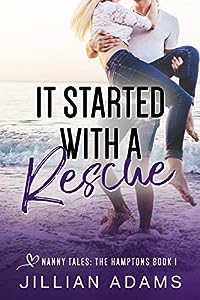 It Started With A Rescue: A Young Adult Sweet Romance (Nanny Tales: The Hamptons Book 1)
by Jillian Adams

A small town girl who’s more interested in playing sports than going on dates. A summer lifeguard who is used to getting attention for his tanned muscles and good looks. Can two teenagers from opposite worlds find love?

Jaxx Carter is ready for a summer at the beach. Being a nanny in the Hamptons seemed like the perfect thing to do after high school graduation, so it didn’t take a lot of convincing from her best friend to get her to agree to the job–even though she did feel like a fish out of water among the beautiful people that she now saw all around her.

Nate Wilson is ready for another fun summer at the beach. He loved nothing more than the long sunny days spent at the pristine beach club and nightly bonfires by the water. He couldn’t imagine a better way to earn some summer cash.

When Jaxx–normally very confident in her swimming abilities–finds herself in trouble while out for a swim, Nate comes to her rescue–something that leaves her feeling both surprised and horrified.

She wants nothing more than to put the scare behind her but for some reason she’s having a hard time forgetting about those strong tanned arms that had brought her to safety.
Time for Healing (Lily and Austin) 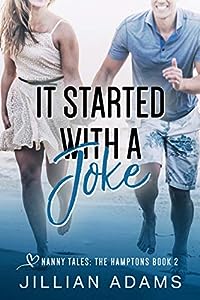 It Started With A Joke: A Young Adult Sweet Romance (Nanny Tales: The Hamptons Book 2)
by Jillian Adams

A recent high school graduate with dreams of nothing but the beach, parties and cute boys on her mind. A cute lifeguard who is known for being the life of the party and all around funny guy at the beach. It seems like a match made in heaven, but is it really what she wants?

Kelsie Moore doesn’t have much to complain about these days. She is loving life working as a nanny in the Hamptons alongside her best friend for the summer. She’s had lots of sun and beach time. She’s also had lots of dates which would typically make her very happy.

But ever since her best friend coupled up with a boy from the beach, for the first time, Kelsie finds herself wanting more than just a fun night out with a boy. Maybe she’s actually ready for a real romance.

Frankie Davis loves to make people laugh and have a good time. His summer job as a lifeguard typically checks all the boxes for him of what a perfect summer should look like. But his friends don’t know everything about him. His life hasn’t been as easy as that of his friends and he goes out of his way, to remember exactly where he comes from.

When Kelsie and Frankie share a fun moment together at the beach, she temporarily loses her mind and asks him to show her around the city. Sure, he can make her laugh and she does genuinely have fun with him, but can someone so goofy really be the answer to her newfound quest for love?

She doubts it, but yet, the thought of spending an entire day alone with him causes her heart to flutter in a way that she’s never felt before. 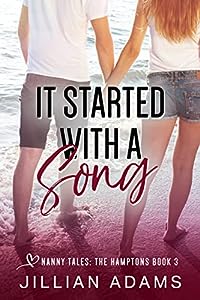 It Started With A Song: A Young Adult Sweet Romance (Nanny Tales: The Hamptons Book 3)
by Jillian Adams

A privileged young girl forced to work the summer as a nanny. A dreamy musician with sights on a future that doesn’t include small summer beach gigs. She loves his vocals, but is his passion for music dangerous for her future plans?

Mabel (who goes by Maby) Adams has recently graduated from Oak Brook Academy, a highly acclaimed boarding school in New York City. For as long as she could remember, her future had a roadmap that ended with a career in law. She didn’t question it–not really–and she did look forward to starting at NYU in the fall–IF she could make it through the summer without being fired.

Devon Brown is not afraid to go after his dreams, even if that means upsetting his parents. He has faith in himself and his desire to make it to California–to really make it big one day.

When Maby realizes that Devon is someone she’ll be seeing a lot more of over the summer–like it or not–she has to constantly remind herself of the future that is calling her.

She can’t let herself get distracted by some heartthrob guy who barely knows where he’ll be three months from now, but his voice and his passion for music is stirring something deep within her–possibly something too powerful for her to ignore.
Time for Healing (Lily and Austin) 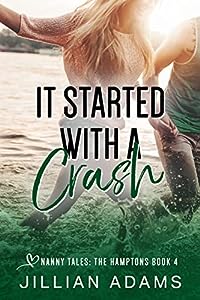 It Started With A Crash: A Young Adult Sweet Romance (Nanny Tales: The Hamptons Book 4)
by Jillian Adams

A kid sister who wanted all the glitz and glamor of the Hamptons. A good looking young boy helping his father out in his landscaping business. He couldn’t be more opposite the kind of boy she wanted to spend time with.

At sixteen, Lucy Carter was used to living in her older sister’s shadow, but this was one time she was going to have to suck it up. It was only because of Jaxx, that their parents had agreed to let Lucy take the job as nanny for the summer. Finally, she was getting away from her small home town and out into the real world where she could really start living her life.

Solomon–Sol to his friends–Redford was a hard-working young man with a love for the earth and a heart for the community. He didn’t try too hard to fit in with the elite people that owned the gardens he tended. It wasn’t what he cared about.

From the moment Lucy had her first literal run-in with Sol, she couldn’t get him to stay out of her business. Even more infuriating to her was the fact that somehow she also couldn’t seem to get him out of her mind. 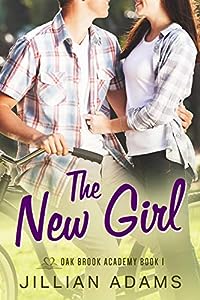 A new girl at school who is serious about her studies. A football player with nothing but fun on his mind. Can two teenagers from opposite worlds find love?

Sophie Blake is used to change. She’s used to being the new kid at school. But she’s never had the privilege of attending a school like Oak Brook Academy. She’s certainly never pictured herself at a boarding school with kids who have more money than what she could even imagine spending.

Wes Carter’s life is pretty easy. He’s popular, he’s on the football team and there’s no shortage of girls who are willing to spend time with him. Most girls don’t seem to challenge him the way that new girl, Fifi does. Something about the new girl is definitely intriguing.

When Sophie stands up to Wes during a playful first encounter and then marches out of the popular kids’ secret hideout, she puts her entire high school reputation on the line. She’s happy with her decision to be true to herself, but why can’t she get his dreamy green eyes out of her mind?