I hate the way I have to pay a puppy tax every time I want a bit of whipped cream. As soon as Junebug and Casper hear the can come out of the fridge, they are right there on me and will not leave me alone until I pay the puppy tax. I feel bullied. 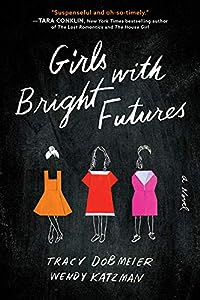 Three women, three daughters, and a promise that they’ll each get what they deserve…

College admissions season at Seattle’s Elliott Bay Academy is marked by glowing acceptances from top-tier institutions and students as impressive as their parents are ambitious. But when Stanford alerts the school it’s allotting only one spot to EBA for their incoming class, three mothers discover the competition is more cutthroat than they could have imagined.

Tech giant Alicia turns to her fortune and status to fight for her reluctant daughter’s place at the top. Kelly, a Stanford alum, leverages her PTA influence and insider knowledge to bulldoze the path for her high-strung daughter. And Maren makes three: single, broke, and ill-equipped to battle the elite school community aligning to bring her superstar down.

That’s when, days before applications are due, one of the girls suffers a near-fatal accident, one that doesn’t appear to be an accident at all.

As the community spirals out of control, three women will have to decide what lines they’re willing to cross to secure their daughters’ futures… and keep buried the secrets that threaten to destroy far more than just college dreams.

The perfect book club read with a suspense bite, Girls with Bright Futures combines the college admissions scandal with the edge of Big Little Lies, the snark of Class Mom, and the schadenfreude of watching the elite implode.

Aletheia was born a heresy: a girl with a man’s magic, in a city where monks and witches are mortal enemies. Training in her powers only under her father’s protection, head of the monastery, she shocks everyone by becoming the best seer in generations.

Until her father is murdered. A suicide, they call it, but she knows the truth: he was murdered for his heresy. For her.

Now she must make a harrowing choice: disown everything her father stood for to stay alive, or flee the temple and seek to expose his killers, even as they hunt her down.

Daughter of Flood and Fury is the gripping first book in the Tidecaller Chronicles. If you like strong female leads, clever magic and page-turning action, then you’ll love Levi Jacobs’ epic fantasy adventure. Buy it today and find out if the girl born a heresy will live to be a hero. 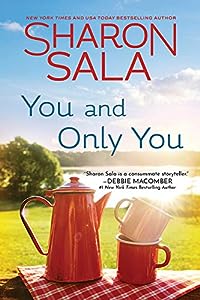 You and Only You (Blessings, Georgia Book 1)
by Sharon Sala

Welcome to Book One in the Blessings, Georgia series of Southern contemporary romance from New York Times and USA Today bestselling author Sharon Sala. With the support of her handsome, unassuming friend Mike Dalton, LilyAnne Bronte is finally ready to put the past in the past.

It’s never too late
Mike Dalton has secretly loved LilyAnn Bronte since they were all children together in the small town of Blessings, Georgia. But one fateful day T.J. Lachlan roars into town and starts showering LilyAnn with his charm, and Mike feels his dream of them being more than friends slipping away.

To find the love you missed
LilyAnn, as anyone in Blessings will tell you, let herself go after her fiancée was killed in Iraq. The attention of the handsome new guy shocks her into a revelation: she’s ready to live again, and maybe the best is yet to come. The thing is, everybody in Blessings is sure it’s Mike and LilyAnn who belong together-and they’re willing to do whatever it takes to make LilyAnn realize the love of her life has been by her side all along. 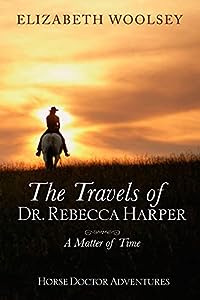 The Travels of Dr. Rebecca Harper: A Matter of Time.
by Elizabeth Woolsey

Have you ever dreamed of joining Matt Dillon and Roy Rogers in their Western adventures? Just get away from your real life for a day? But what if you couldn’t return?

Fans of Time Travel Fantasy (Outlander) and old Westerns like Bonanza, will LOVE this historical romance series The Travels of Dr. Rebecca Harper.

Rebecca had her life planned and checked off her list: a veterinary degree, a husband and daughter, and her first veterinary clinical position. She was set for life. But then the unexpected happened…
A chance encounter separates her in time and space from all she had planned. Disoriented and desperate, Rebecca begins an adventure to places she could not imagine.

Facing both physical and emotional trials, she fights to find her life again. In the spirit of True Grit, Rebecca Harper won’t stop until she reaches her goal.

In her quest to return to her family and time, Rebecca meets real and fictional characters of the 1800s who help her traverse America. Will she be able to find her way back to the 1900s, or is she bound to the past? 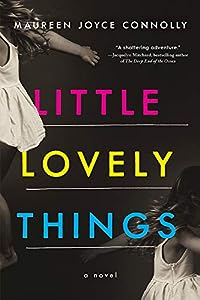 A mother’s chance decision leads to a twist of fate that is every parent’s worst nightmare in this gripping thriller. Could any family endure such crippling suspense?

It is the wrong time to get sick. Speeding down the highway on the way to work, her two little girls sleeping in the back seat, medical resident Claire Rawlings doesn’t have time for the nausea overtaking her. But as the world tilts sideways, she pulls into a gas station, runs to the bathroom, and passes out. When she wakes up minutes later, her car — and her daughters — are gone.

The police have no leads, and the weight of guilt presses down on Claire as each new hour passes with no trace of her girls. All she has to hold on to are her strained marriage, a potentially unreliable witness who emerges days later, and the desperate but unquenchable belief that her daughters are out there somewhere.

As uplifting as it is devastating, Little Lovely Things is a poignant mystery about a family shattered by tragedy and a mother’s fierce determination to make it whole again — whatever that may take. 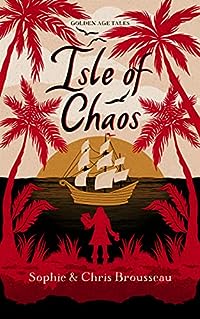 Grab your cutlass and prepare for an exhilarating adventure on the Isle of Chaos, where six lives intertwine in the quest for money, power, and revenge.

Ambitious yet impoverished Isaac Carver has been hunting Captain Kidd’s legendary buried treasure ever since he was cruelly abandoned as a young boy. With only two locations left to search, he’s determined to escape his pitiful past and live a life he’s only ever dreamed of. But little does Isaac know that his actions will be the catalyst in a devastating chain of events leading to an all-out war for control of the island.

Crossing paths with Crow, a quirky yet feared pirate captain who’ll do anything to avoid a mutiny; Joy, a fiery bounty hunter and loving sister on a mission to right wrongs; Popino, a sex-addicted widower and desperate, anguished father; Molly, a vengeful apothecary intent on inciting war; and Jane, a sharp-witted mercenary boss, Isaac soon realises everyone has something to hide and few can be trusted.

Can Isaac overcome his past and survive long enough to complete his quest – or will clashing ambitions lead to his demise?

Come Forth As Gold
by Erica Dansereau

1945. World War II has come to an end. But the battle for a young boy’s future is just beginning.

The small, dusty town of Goldfield, Nevada, is all that thirteen-year-old Claude Fisher has ever known. The youngest of three brothers, he spends his days running wild across the desert with his best friend and neighbor, Kitty Ralph. Despite Kitty’s tumultuous home life, they are happy and carefree. Life stretches before them like the flat plains of the desert they call home.

On the cusp of young adulthood, Claude is convinced that their friendship will someday turn into more. But one tranquil autumn evening, tragedy strikes, and suddenly Claude is left holding the pieces of a broken life.

Stripped of his best friend, Claude’s faith in the God he was raised to trust is shattered. As he navigates a future he didn’t expect, Claude wrestles to make sense of it all. Why does a sovereign God permit tragedy to happen? Is the sinner worthy of forgiveness? And will he ever find hope again after losing the girl he loved?

A sweeping tale of love, loss, and the renewal of faith in the face of tragedy.