Right now I am absolutely loving people. A few months ago I found a preying mantis hanging out of my front doorstep. She looked like she was sunning herself and enjoying the view. The problem was that it was the front doorstep where people walk through all the time and large packages are left by delivery people. Just not a safe spot for a preying mantis. So I put a sign on the doorstep that read “Please Don’t Squish Me!” right above a cute picture of a preying mantis. The note went on to read that her name was Rebecca and she likes to hangout on the step, so please be careful. For the next month, during the busy Christmas season, I could see all the delivery people reading the note and looking for her. They were also very careful where they stepped. Just super sweet of them. Sadly I have not seen her in a week or so, so I am not sure if she is even alive anymore. I guess it’s time to take the sign down. Sure was nice to see how caring people are to a bug they never met. 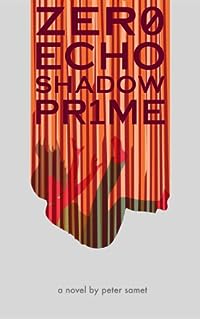 CONSCIOUSNESS IS IN THE CODE

The year is 2045. 18-year-old Charlie Nobunaga creates the world’s first sentient AI and becomes an overnight sensation. But amid the red carpet galas and TV interviews, Charlie is diagnosed with cancer, and her promising future grinds to a halt.

To save her life, an ambitious tech company uploads Charlie’s mind into the body of a cutting-edge robot. The procedure is a success, but with a horrifying catch. They create additional clones for their own ends.

Charlie wakes up four times as four distinct entities: a robot named PRIME, a holographic assistant named SHADOW, a mysterious four-armed killer named ECHO, and the original dying human renamed ZERO. Separated and imprisoned, each version of Charlie begins an arduous journey alone. But their paths soon intersect in surprising ways as they retaliate against the people determined to destroy them.

ZERO ECHO SHADOW PRIME is the story of one young woman who splits into four… and fights to become whole again. 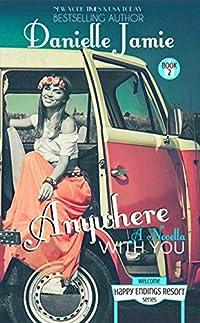 Anywhere With You: A Novella (The Happy Endings Resort Book #2)
by Danielle Jamie, Karen McAndrew

**This is a STANDALONE novella BUT I may bring you more Killian and Summer down the road.**

On her 18th birthday, Summer left her small hometown in Nebraska and never looked back. For the last three years, she’s lived in Southern California, working as a waitress in a small diner and making just enough money to rent a tiny apartment on the Pacific Ocean. Materialistic things never mattered. As long as she had her surfboard and her mini-Dachshund, Blue, life was good. That is until one day a mysterious and incredibly sexy guy strolled into the diner.

Sparks fly instantly between Killian and her.

When Killian asks her to join him on a road trip across the country with no destination in mind, she finds herself setting off on a road trip she’ll never soon forget. 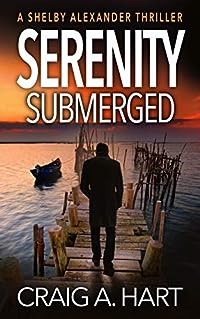 A mysterious woman knocks on Shelby’s door.
A secret lies submerged at the bottom of a lake.
And someone close to Shelby is going to die.
A woman claiming to be an FBI agent appears on Shelby’s doorstep and hands him a picture, asking if he recognizes the man in the photo. Shelby is shocked to see the face of a good friend staring back at him.

Little does Shelby know, the woman isn’t the only predator on the prowl. A group of hired killers has rolled into Serenity with one thing on their minds: death. And it’s up to Shelby to make sure the bullets fly in the right direction.

Relationships are questioned, secrets are revealed, and no one is quite who they seem.
Serenity will never be the same. 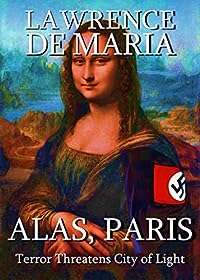 With the war lost, Hitler, a failed and bitter artist, wants to destroy the Louvre, and Paris along with it. But his plan goes awry. The Fuhrer’s final “vengeance weapon”, a crude atomic device his scientists created in secrecy, lies forgotten in a dusty museum storeroom for more than 70 years. Then, a curator with ties to ISIS discovers it. The Caliphate, reeling from recent battlefield defeats, sends two of its experts to detonate the bomb. ALAS, PARIS is an action-packed tale of fanatics, separated by generations but united by hate, who want to obliterate the City of Light! 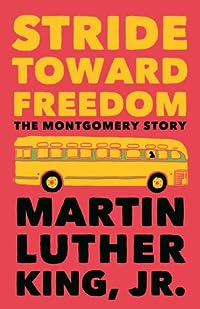 A young Dr. King wrote Stride Toward Freedom just 2 years after the successful completion of the boycott. In his memoir about the event, he tells the stories that informed his radical political thinking before, during, and after the boycott — from first witnessing economic injustice as a teenager and watching his parents experience discrimination to his decision to begin working with the NAACP. Throughout, he demonstrates how activism and leadership can come from any experience at any age.

Comprehensive and intimate, Stride Toward Freedom emphasizes the collective nature of the movement and includes King’s experiences learning from other activists working on the boycott, including Mrs. Rosa Parks and Claudette Colvin. It traces the phenomenal journey of a community and shows how the 28-year-old Dr. King, with his conviction for equality and nonviolence, helped transform the nation and the world. 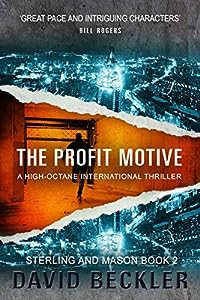 When firefighter Adam Sterling rescues glamorous businesswoman Kate Hetherington from a road smash, he has no idea of the impact it will have on his life.

Kate’s father, James, is badly injured in a car crash in Wenzhou, China. Senior Inspector Jie Gang is convinced it was an attempt on the man’s life, but he’s not allowed to say so.

Kate asks half-Chinese Adam to help her find out what’s going on. When James disappears, Adam recruits fellow ex-Royal Marine and best friend, Byron Mason to assist him in the search.

They arrive in China to find Jie struggling. Not only is he facing an implacable assassin Zhang, but opposition from powerful interests who want him off the case.

Then Kate disappears, but who has taken her? The police seem reluctant to search for her, but unable to speak the language, unfamiliar with the city, and without any allies, Adam and Byron are up against it. When they seem to be getting somewhere, a rescue operation goes wrong, and Zhang turns his attention on the two men.

As they frantically search for Kate and James, they have to keep out of Zhang’s clutches, and avoid the authorities.

Will they find them in time and discover who is behind the attacks?

THE PROFIT MOTIVE is the second crime novel in the Mason & Sterling thriller series: gritty, hard-boiled page-turners with an urban setting.