It’s been years since the Gray Man’s first mission, but the trouble’s just getting started in the latest entry in the #1 New York Times bestselling series. 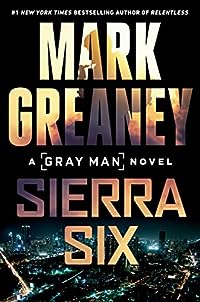 Before he was the Gray Man, Court Gentry was Sierra Six, the junior member of a CIA action team.

In their first mission they took out a terrorist leader, at a terrible price. Years have passed. The Gray Man is on a simple mission when he sees a ghost: the long-dead terrorist, but he’s remarkably energetic for a dead man.

A decade of time hasn’t changed the Gray Man. He isn’t one to leave a job unfinished or a blood debt unpaid.