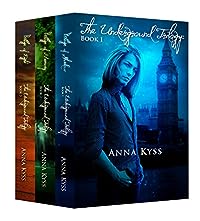 Far beneath the streets of London, in abandoned tunnels of the London Underground, the age-old battle between Light and Dark brews. Are you ready to enter The Underground? When Meghan Kelly, eighteen-years-old and backpacking across England, descends into the century-old stone tunnels of the Underground, she plans on a hot date at a secret nightclub. Instead, she finds herself imprisoned and in a fight for her very survival. Kiernan has lived in the Underground nearly all his life. After his encounters with Meghan, he must choose between loyalty to his father or saving the human girl he yearns for. Not an easy decision when his people face extinction and Meghan might hold the key to saving them. In this box set edition of The Underground Trilogy, join Meghan and Kiernan in their epic race for survival that spans hearts, paranormal civilizations, and continents. The box set contains all three books in the trilogy: Wings of Shadow, Wings of Memory, and Wings of Light. 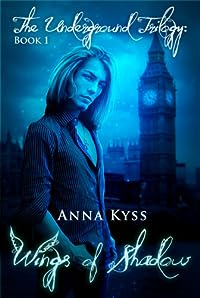 Meghan’s graduation gift is one that any eighteen-year-old would dream of: traveling abroad to England. Her journey turns into more adventure than expected when Meghan meets the mysterious Kiernan and accepts his invitation to a secret club, hidden beneath the streets of London. The eclectic dress of the club-goers is not the only unusual thing she discovers in the Underground. Kiernan’s father has developed a warped set of rituals, and he targets Meghan as his next victim. Instead of the fun date she imagined, Meghan finds herself imprisoned and in a fight for her very survival. 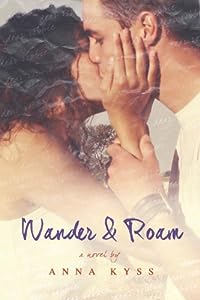 In the last year, Abby Bentley has failed out of college and lost her high school sweetheart. Unwilling to return home, Abby signs up to volunteer on an Australian farm, where she can hide away from her family and isolate to her heart’s desire. Best of all, no one will care about her past. Abby soon discovers she’ll be sharing most of her daylight hours–as well as a very small yurt–with the farm’s other volunteer: sexy, flirtatious Sage. The more hours they spend together, the more conflicted Abby becomes. Torn between a growing attraction to Sage and faltering loyalty to her old boyfriend, Abby escapes to her refuge of writing letters she will never send. When Abby finally reveals her past, Sage’s secret about his future threatens their bond. With Abby running from her past and Sage trying to escape his future, can they build a relationship in the here and now? 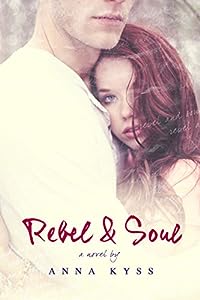 Meet Sage’s best friend and Abby’s cousin as they find love in the most unexpected places. Madison Bentley has always followed the rules. Always. But after years of meeting everyone else’s expectations, she lost track of her own dreams. When she catches her boyfriend with another woman on the day he planned to propose, Maddie decides she’s done making other people happy and books the first train back to college. Her tattooed and pierced seatmate, Soul, is Maddie’s complete opposite. As an environmental activist, he spends his time protesting unjust laws. When an odd coincidence throws them together, Maddie finds that the more she gets to know Soul, the more she discovers herself. Will her rebellion lead to romance or ruin them both? 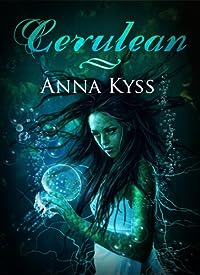 What if everyone you loved disappeared? Chey has lost everyone she cares about. Her mother. Her father. Her best friend. Her ancestors moved into their ocean refuge to protect themselves; instead, the waters have slowly taken her people, one-by-one. When Chey feels the blues encroaching, she will do anything to save herself. Her attempts to survive lead to a forbidden encounter with a kind outsider, Jesse. The only problem? His existence shouldn’t be possible.